The Devil Takes You Home by Gabino Iglesias - More2Read

The Devil Takes You Home by Gabino Iglesias 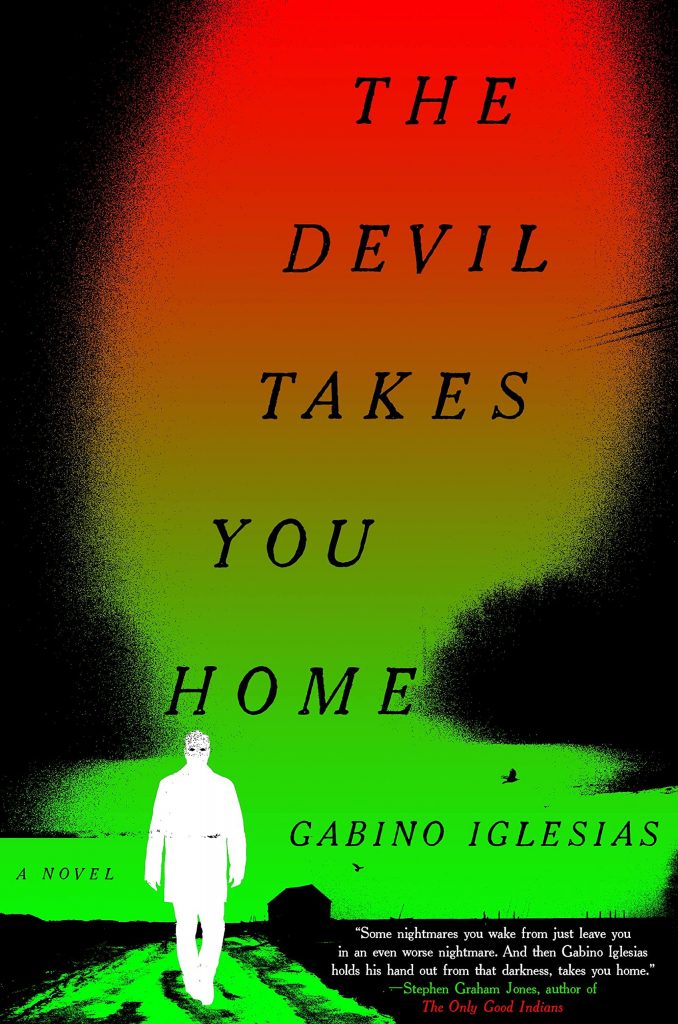 About The Devil Takes You Home:

From Bram Stoker, Anthony, and Locus award-nominated author, Gabino Iglesias, comes a genre-defying thriller about a father desperate to salvage what’s left of his family, even if it means a descent into violence–both supernatural and of our own terrifying world.

Buried in debt due to his young daughter’s illness, his marriage at the brink, Mario reluctantly takes a job as a hitman, surprising himself with his proclivity for violence. After tragedy destroys the life he knew, Mario agrees to one final job: hijack a cartel’s cash shipment before it reaches Mexico. Along with an old friend and a cartel-insider named Juanca, Mario sets off on the near-suicidal mission, which will leave him with either a cool $200,000 or a bullet in the skull. But the path to reward or ruin is never as straight as it seems. As the three complicated men travel through the endless landscape of Texas, across the border and back, their hidden motivations are laid bare alongside nightmarish encounters that defy explanation. One thing is certain: even if Mario makes it out alive, he won’t return the same.

The Devil Takes You Home is a panoramic odyssey for fans of S.A. Cosby’s southern noir, Blacktop Wasteland, by way of the boundary-defying storytelling of Stephen Graham Jones and Sylvia Moreno-Garcia.

Praise For The Devil Takes You Home:

One of Harper’s Bazaar’s Best, Buzziest New Books of 2022
One of Crimereads 16 Horror Novels to Look Out For This Year

“Some nightmares you wake from just leave you in an even worse nightmare. And then Gabino Iglesias holds his hand out from that darkness, takes you home.”
—Stephen Graham Jones, author of THE ONLY GOOD INDIANS

“Pure noir, overflowing with the rage and sorrow of our times, The Devil Takes You Home is brutal, hallucinatory, and somehow, beautiful. This novel confirms what some of us already knew: Gabino Iglesias is a fierce, vital voice.”
—Paul Tremblay, bestselling author of SURVIVOR SONG

“The Devil Takes You Home begins with pain. Like life, it starts with tears. It ends with transcendence. In between we are treated to some of the finest, most terrifying and heartbreaking writing you will read this year. Gabino Iglesias is like one of the old baroque masters, painting hyper-realistic images directly into your brain. Images that will make you cry, make you gasp, and make you see the world in a new light. The Devil Takes You Home is not to be missed.”
—S.A. Cosby, New York Times-bestselling author of RAZORBLADE TEARS and BLACKTOP WASTELAND

“The Devil Takes You Home is carried by a voice and rhythm, shaving sharp and wholly indelible. Iglesias never fails to keep a masterful foot on the pedal, feathering off the gas at times only to inevitably press it to the floor and pin us to our seats.”
—David Joy, author of WHEN THESE MOUNTAINS BURN

“A ragged-edged bloody bullet-hole of a book — Iglesias has written a dark-hearted tale about the burden of loss, the struggle of poverty, and the long and literal shadow of death.”
—Chuck Wendig, bestselling author of WANDERERS

“An excellent crime novel driven by righteous grief, fierce narration, and raw violence. Iglesias takes us on a vivid exploration of pain and rage, along the Southwest border where the horrors of reality and the supernatural intertwine.”
—John Woods, author of LADY CHEVY

“The line between noir and horror not only gets blurred in Iglesias’s The Devil Takes You Home; it gets obliterated. His barrio noir is a new kind of fiction, profoundly moving, despairing and scary all at once.”
—Brian Evenson, author of LAST DAYS

“The Devil Takes You Home is a wild ride through grief, faith, loss and monstrosity. Gabino Iglesias’s sharp prose and visceral, haunting vision have birthed a riveting novel no reader will soon forget. Fresh and genuinely scary.”
—Tananarive Due, American Book Award-winner author of Ghost Summer and My Soul to Keep, producer of Shudder’s Horror Noire, and UCLA professor of Horror and Afrofuturism

“With a noir voice reminiscent of Jim Thompson, this book charges into rage and despair, sparing no one, least of all the reader. Strap yourself in.”
—Chris Offutt, author of The Killing Hills and Country Dark

“an intoxicating story of a man in desperate financial straits who turns himself into a hitman and accepts a highly dangerous contract on a cartel transport operation. The job takes him and two others across Texas and further into an abyss of violence, existential dread, and paranormal happenings”
—Crimereads

Gabino Iglesias is a writer, journalist, professor, and literary critic living in Austin, TX. He is also the author of the critically acclaimed and award-winning novels Zero Saints and Coyote Songs. Iglesias’ nonfiction has appeared in the New York Times, the Los Angeles Times, Electric Literature, and LitReactor, and his reviews appear regularly in places like NPR, Publishers Weekly, the San Francisco Chronicle, the Boston Globe, Criminal Element, Mystery Tribune, Vol. 1 Brooklyn, and the Los Angeles Review of Books. He’s been a juror for the Shirley Jackson Awards twice and the Millions Tournament of Books, and is a member of the Horror Writers Association, the Mystery Writers of America, and the National Book Critics Circle.

Reviewed by Lou Pendergrast on 09 February 2022