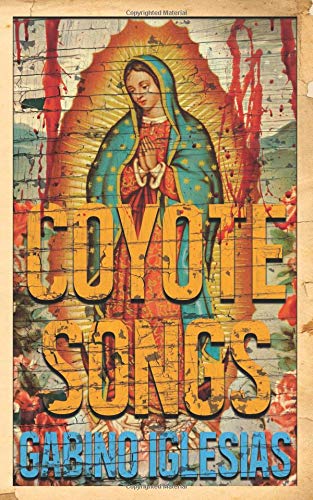 In Gabino Iglesias’ second novel, ghosts and old gods guide the hands of those caught up in a violent struggle to save the soul of the American southwest. A man tasked with shuttling children over the border believes the Virgin Mary is guiding him towards final justice. A woman offers colonizer blood to the Mother of Chaos. A boy joins corpse destroyers to seek vengeance for the death of his father.These stories intertwine with those of a vengeful spirit and a hungry creature to paint a timely, compelling, pulpy portrait of revenge, family, and hope.

“Gabino Iglesias’ powerful tales of the horrific metal dens human coyotes offer brown people to bring them to America shattered me. The hope of prosperity turned into tombs for children, men and women–melting flesh in the desert heat, until they become each other’s deathbed. These songs are vengeful screams, shattering a mother’s soul, transmuting a young woman in a deliverer of Death. Even a well-meaning coyote’s hands are bloody from brutal lessons to save the young. Read this book, let the songs of despair and rage open your heart, as it did mine.”
– Linda D. Addison, award-winning author of “How to Recognize a Demon Has Become Your Friend” and HWA Lifetime Achievement Award winner

“Vivid and visceral, gritty and magical, dark and soaring–COYOTE SONGS pulls you in and refuses to let go. Read it.”
– Meg Gardiner, author of “Into the Black Nowhere.”

“Call him the Barrio Palahniuk, a badass Henry Miller, Charles Willeford in Cholo-land–whatever the moniker, for my money Gabino Iglesias is one of the most fearless, original and riveting writers working today.”
– Jerry Stahl, author of Permanent Midnight

“Iglesias is a master of compact phrasing and perfectly paced suspense.”
– Los Angeles Review of Books

A Ballard of magical realism layered out in a poeticaly visceral and vivid narrative, hypnotically juxtaposing the reader amidst a myriad of potent voices, locales, death, histories of violence, hate, the disparaged, American dreams gone askew, and border tragedies.
Liposuctioned writing with a empathic voice on race and identity with various crucibles echoing times we are living, created by violence, current and past social inequalities, poverty, and governmental powers.
I feel these authors when reading this, Cormac McCarthy, Chuck Palahniuk, José Saramago, and Franz Kafka.
Revitalised storytelling that is needed, souls that want to be heard, to exist, various border tales, whirlwinds of minds in a terrible beauty of chaos in order laid before you on the page.
Buy it, give it, re-read it, support it!

Alma
“I hear them all saying I need to remember everything, especially because I am the migrant daughter of a migrant, the daughter of a mother whose DNA carries the knowledge of escape and the fear and hatred that comes from abused flesh, from the whistling of the whip in the air.”

“You keep your dumb ideas of purity and I’ll revel in the music of my mixed blood, my mutt blood, my earthly blood, my multitudinous blood, my brown and Rican and black and European and white and African blood, my eternal, magic, ancient blood.”

Coyote
“Bad men doing bad things is just part of it, mijo,” she said. “I don’t have all the details, but I know bad things are going on and it’s better to stay away. The orange idiot is just the tip of the iceberg. There are other things happening. They are locking kids up in cages, but there is also something darker going on, something evil that I don’t think belongs to this world, mijo. I try to see it clearly but… I don’t know, it’s not normal. Whatever is happening there smells like blood and bad news.”

La Bruja
“Resolve was a fickle beast. Vengeance was a capricious lover. Anger was a planet covered in water that simultaneously obeyed the pull of too many whimsical moons. Pain was an unstable variable in a secret equation written in a language that never existed. Confidence was a fragile thing dangling over a sea of crushing teeth by a thread of shadow tied to a beam of hope.” 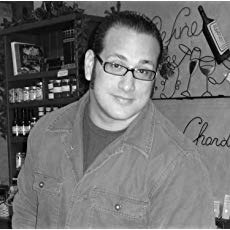 Gabino Iglesias is a writer, editor, journalist, and book reviewer living in Austin, Texas. He is the author of COYOTE SONGS, ZERO SAINTS (both from Broken River Books), and GUTMOUTH (Eraserhead Press). He is the book reviews editor at PANK Magazine, the TV/film editor at Entropy Magazine, and a columnist for LitReactor and CLASH Media. His nonfiction has appeared in places like The New York Times, the Los Angeles Review of Books, the LA Times, El Nuevo Día, and other venues. The stuff that’s made up has been published in places like Red Fez, Flash Fiction Offensive, Drunk Monkeys, Bizarro Central, Paragraph Line, Divergent Magazine, Cease, Cows, and many horror, crime, surrealist, and bizarro anthologies. When not writing or reading, he has worked as a dog whisperer, witty communications professor, and ballerina assassin. His reviews are published in places like NPR, Vol. 1 Brooklyn, Criminal Element, The Rumpus, Heavy Feather Review, Atticus Review, Entropy, HorrorTalk, Necessary Fiction, Crimespree, and other print and online venues. He teaches at SNHU’s MFA program. You can find him on Twitter at @Gabino_Iglesias.

Reviewed by Lou Pendergrast on 04 December 2018