Book Review: A Feast of Snakes by Harry Crews - More2Read

A Feast of Snakes by Harry Crews 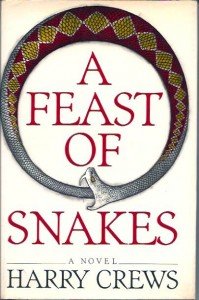 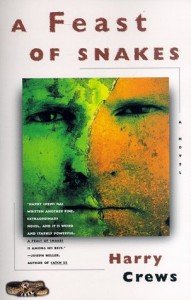 Prepare to let Harry Crews take you by the hand in this narrative, to dark places and witness things you would hate to see.

Right from the get-go he immerses you. Read the following visceral sentences in the first paragraph..

“She felt the snake between her breasts, felt him there, and loved him there, coiled, the deep tumescent S held rigid, ready to strike. She loved the way the snake looked sewn onto her V-neck letter sweater, his hard diamondback pattern shining in the sun. It was unseasonably hot, almost sixty degrees, for early November in Mystic, Georgia, and she could smell the light musk of her own sweat. She liked the sweat, liked the way it felt, slick as oil, in all the joints of her body, her bones, in the firm sliding muscles, tensed and locked now, ready to spring–to strike–when the band behind her fired up the school song: “Fight On Deadly Rattlers of Old Mystic High.”

He said in an interview on video this…

“The writers job is to get naked!
To hide nothing.
To look away from nothing.
To look at it.
To not blink.
To be not embarrassed or shamed of it.
Strip it down and lets get down to where the blood is, the bone is.
Instead of hiding it with clothes and all kinds of other stuff, luxury!”

He has achieved this successfully with this story. He takes you right to the bone of the story no glossy coating; his prettiness is the detail and the showing of his characters that ooze a visceral human ugliness and beauty.

The main character in this story Joe Lon is married with two babies and has other partners on the side, he has a had a lot of pain in the past and lives on the edge in the present a snake hunter, snake eater, drinker, a tough guy, power lifter and he is violent most of his life and that’s all lived through in this story. He hosts a yearly event of snake hunting on a stretch of land for camping near woods filled with snakes.

There is racism in this story and it does feature a black girl who receives abuse from a nasty white man. There was to be a day of joy for her, which I was pleased for her. Here she comments in the story of her dilemma.

“White people were dangerous and snakes were dangerous and now the two were working together, each doing what the other told it to. She was sure she had seen a snake in a weeded ditch with the head of a white man. Right after she came out of the house on the way to Big Joe’s, which she had immediately forgotten, she saw it, long and black and diamond-patterned in the ditch with a white man’s head. It had blue eyes. The bluest eyes any white man ever had. She was sure she had seen it. She thought she had seen it. Maybe it was only a dream or a memory of another time. Whatever it was, she still saw it every time she closed her eyes, coiled there on the back of her eyelids, blue-eyed and dangerous.”

He achieves the task of putting you into dark corners of the rural south into lives of these wild, bizarre and violent characters. He stops you in you tracks and possibly leaves you thinking and pondering on the evil that men do.

You will love or hate these characters contained within this novel. I do warn you this story does is hair raising and has some ugly moments of violence. For instance there is a page filled with a scene of dogs fighting to the death as a part of a game during the snake-hunting event. As a dog lover it does shock being there. He does successfully leave a mark and shock with his writing.

There is snake eating in this story. I first learnt of snake eating from Donald Ray Pollock’s novel Devil all the Time. This story reminds me of characters in that story and Frank Bill’s short story collection Crimes in Southern Indiana.

As a writer I think, from watching his interviews, he wanted to stand out and be heard.

He’s a writer who wrote with the experience of a lot a pain and challenges in life. He has done it all he has testified himself that there is nothing he has not tried. Been in a swamp with crocodiles, slashed his wrists as part of failed suicide and been 12 times in rehab. His life was plagued with drugs and heavy drinking.

With all this in his life he is a talented writer, when he puts pen to paper he sinkers you in to his characters, setting and voice.

His writing it seemed to be his therapy everyday he wrote 500 words and if he didn’t he felt guilt.

A lot of the fuel, the energy for his writing, comes from his pain, he has had very hard and brutal upbringing as a young child suffered from polio his father died young and mother. He mentions hard times growing up with his brother.
A man that lived on the edge right to the brink of danger and comes back and writes stories recognized by many a great works. He was a hard working writer that has gained a large respect amongst readers.
Harry Crews will be remembered as a larger than life character, more and more as his work is read and life learned of. 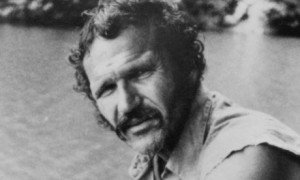 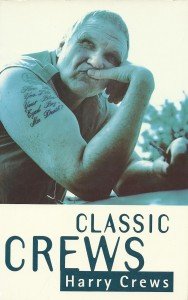 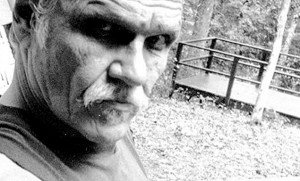 Some things he mentioned in an interview about writing.

“The real artist with no tear in his eye and no sadness in his heart, puts the pages in the fire and does it again!”

“All art is a metaphor it’s by telling you one thing when your mean something else. The Old Man in the Sea is not about fishing!”

“Writing a book is like torture that you don’t know, but after it’s done and there it is. It’s a joy like unlike anything else, I think it’s the closest that a man can come to knowing what is feels like to have a baby.”