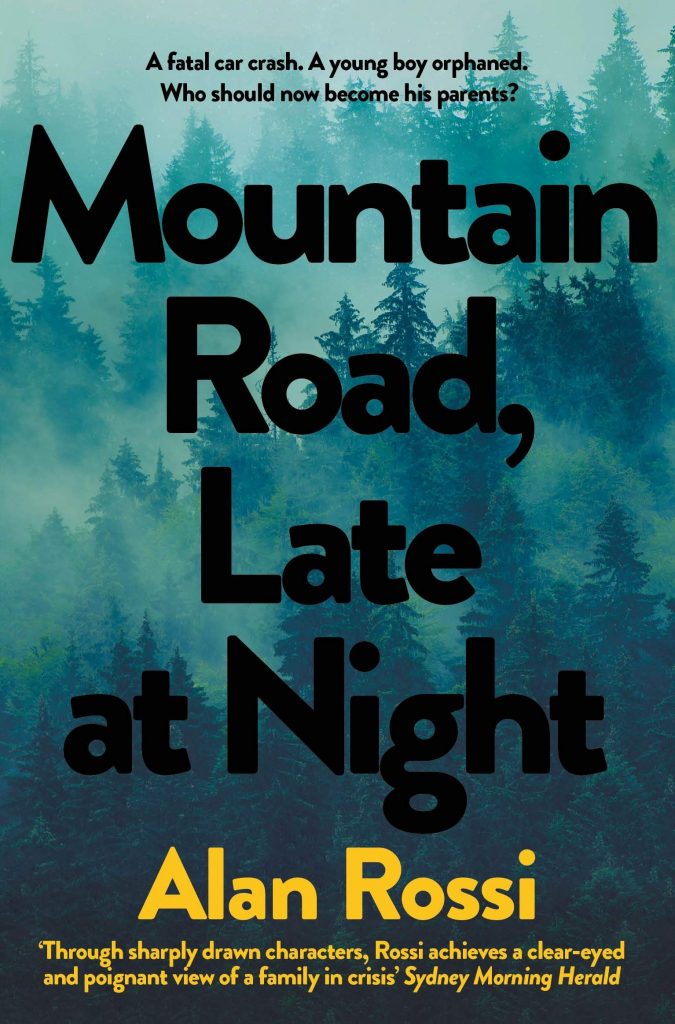 Purchase From Amazon U.S.A or U.K

About Mountain Road, Late at Night:

A fatal car crash. A young boy orphaned. Who should now become his parents?

Nicholas and April are driving home from a party when their car crashes on an empty road high up in the Blue Ridge Mountains. As they lay on the roadside slowly dying, their four-year-old son, Jack, waits for them at home. In the days after their deaths, their grieving relatives begin to descend on the family home. There, they are forced to decide who will care for the child Nicholas and April left behind. Nicholas’s brother Nathaniel and his wife Stefanie aren’t ready to be parents, but Nicholas’s mother and father have issues of their own. And April’s mother Tammy is driving across the country to claim her grandson.

Spanning a few traumatic days in the minds of each family member, this is a masterly portrait of grief, the pain of sudden loss and a family in utter crisis. Gripping, affecting and extremely accomplished, this unforgettable story asks one crucial question: what do you do when the worst happens?

“An enormously engaging novel. We don’t so much read it as live it with these troubled characters and the child, Jack, robbed of his parents by the shocking car crash on a lonely mountain road. This is a complex, deeply moving novel, given completely to the interrogation of its witnesses. An extraordinary debut for an extraordinary new talent.”
– Frederick Barthelme, author of There Must Be Some Mistake

“I was really moved by this extraordinary stream of consciousness accessing the deepest layers of four flawed people facing an unimaginably terrible situation. Compassionate and profound, this is the kind of novel that puts even difficult things into perspective.”
– Isabel Costello, The Literary Sofa

“Written in chapters that alternate between the character’s perspectives, this is a subtle examination of the effects of trauma and sudden loss, as well as a tense conflict between different views of parenting, what’s in the best interests of an orphaned child, and how it is influenced by one’s own upbringing. Through sharply drawn characters, Rossi achieves a clear-eyed and poignant view of a family in crisis.”
– Sydney Morning Herald

“This gripping debut from Alan Rossi has a tragedy as its catalyst. When the parents of Nicholas and April are killed in an accident, the narrative is unfurled through the perspectives of family members who must ensure that life goes on.”
– Happy Mag

“A minor miracle: a Buddhist instruction manual that is also a deeply compelling novel.”
– David Shields, author of Salinger

Characters in varying crucibles of living, selfs transitioning, egos facing fallings and pitfalls, an “existential crisis” held together and divided with aspects of love, a tale after the tragedy, a tragic car accident one day in a “Mountain Road, Late One Night.” What death does and things that need to be done with loss, the complexities and that fierce pull of blood and kin all contained within with deeply careful crafted prose.

The rural isolation and freedom at the same time with love and death in a tug between the four voices, the family, and how it affected their viewpoints.
The whole tale comes to a close with a poignant and powerful chapter juxtaposing the reader in the minutes of the centre of the tragedy with previous revolving after the tragedy.

This was a powerful meditation on grief and loss, love, family dynamics and rural life with an eye on a few souls and hearts trying to comprehend life and death.

“He new the natural world was there, but he’d forgotten it, somehow. Mountains and fields and rural life, clouds moving in the still cold spring wind, and rain falling or simply materialising as mist in the air, and the air itself cold and crisp in the morning, slowly warming during the day, still damp, and then temperatures dropping again at night, everything wet, muddy, just becoming green again, everything in balance with itself, a peacefulness that was undercut by something quietly haunting and dreamlike, all of which Nathaniel felt at the fringes of his perception, like he was just a child, learning how the world worked again.”

“He was a seriously uptight person. He was so uptight that his brother died a week ago and he was worrying about his job in relation to his nephew – that was the definition of uptight. He was hating himself a little bit that he was thinking about himself here and his career, which was an admittedly superficial concern, he knew that, but it was something he had worked on for so long, and he didn’t like how he was saying all this, that he might be implying that Jack was somehow going to mess that up, that’s not what he was implying.”

“Nathaniel felt the force of the absence of the dead brother, of April, too. As though his name conjured both his presence and his absence at once, and the confusion between this two things. Here and gone, Nathaniel thought without willing himself to think it, like the thought wasn’t his. Where did a thing come from and where did it go? All this in his mind in the space of a moment felt like the reality of the moon reflected in water: the moon is there, in the water, and also not, and in the same way, these thoughts existed in his body and also not, and you were here for a short time in the world and then you were gone, and this coming and going seemed to contain some hidden message, like the coming and going itself was attempting to say something, as though everything was trying to tell itself something, though he didn’t know that. He thought of Jack and felt a pressure rise through his chest and into his head snd stopped himself from crying by biting his cheek hard.”

“It was like trying to paint on the air. When considering Nicholas’s absence, her thinking and feeling – there was no ground, nothing to grab on to, nothing upon which to contemplate or judge or perceive, and maybe this was the falling feeling she had felt in her office, some groundlessness.”

“It’d be worse to die on a highway, Tammy thought, hitting another vehicle, seeing other faces, all these other faces that were going to outlive you, lying on the pavement or stuck in an ambulance and knowing that everything was going to outlive you. That other worlds would remain complete, intact. These other people, the world was going to stay there for them, they were going to stay in it, however good or bad it was, but you were not. Not only were you dying but you also had to try not to feel envy that other people were not dying. But you would, she thought. You definitely would. You’d feel envious that everything was going to keep going without you. That you were the most insignificant part of the world in that moment. Your death was the proof of that. Your own death was so small that the world took no notice, and the pain of it, whatever pain April’d experienced, whatever fear, the fear that you would never be in the world again, that the world was gone for you, was also completely insignificant: there and then gone. Dying on a highway, you’d see passing cars, people looking in at you, the lights of buildings, restaurants maybe, a gas station, and you’d know that you were soon to be nothing, while the something that was everything else went on like the stupidity it was.”

“She felt that being in her car on this cold night was the proper expression of how things were. If she looked to her right or left, as she passed a car or as a car passed her, she might see the face of the driver, might see a young man, an old woman like her, or she might see a husband and wife, children in the back of an SUV watching some cartoon. She liked that, even in separate cars, when she looked, people could feel it, and they’d look, they’d see her in her car, alone, separate, being conveyed to wherever. All were going to different destinations, all alone, like the boy she’d met in the diner. That was why trains were a lie, why the car, that American invention, was the proper expression of how things really were: separate and alone, and cars drew the division. I see you, but I’m not with you. We’re, none of us, going to the same place – that was what the car represented. Isolation and separateness, in the same way the trees were separate from the grass, the highway was separate from the mountains, the mountains were separate from the the sea, and human life, cities, separate from nature, and you had to either fight your way through all these things that had nothing to do with you or let people pass.”

“So much of his life, he reflected now, was determined by what he wanted to do and how he wanted moments to be as good as they could possibly be. And he was dissatisfied by so much of his life, as though he had failed, over and over again, to get the message that his wanting to do something and make it exactly how he wanted it to be did not equate to any kind of satisfaction. In fact, this wanting was often starkly against his own satisfaction. He’d learned this in numerous ways, and he thought now, it was only in the last few years that he’d actually begun to try to live by it, in a slow, stunted manner, like an android first learning it was not a human but an android and speaking again, for the first time, its millionth word.”

Alan Rossi was born in 1980 in Columbus, Ohio. His fiction has appeared in Granta, the Atlantic, Missouri Review, Conjunctions, Agni, and Ninth Letter, among others. His novella Did You Really Just Say That To Me? was awarded the third annual New England Review Award for Emerging Writers, and he was the New England Review/Bread Loaf Scholar for 2017. He is also the recipient of a Pushcart Prize for his story ‘Unmoving Like a Mighty River Stilled’, and an O. Henry Prize for ‘The Buddhist’. He lives in South Carolina with his wife and daughter. Mountain Road, Late at Night is his first novel. 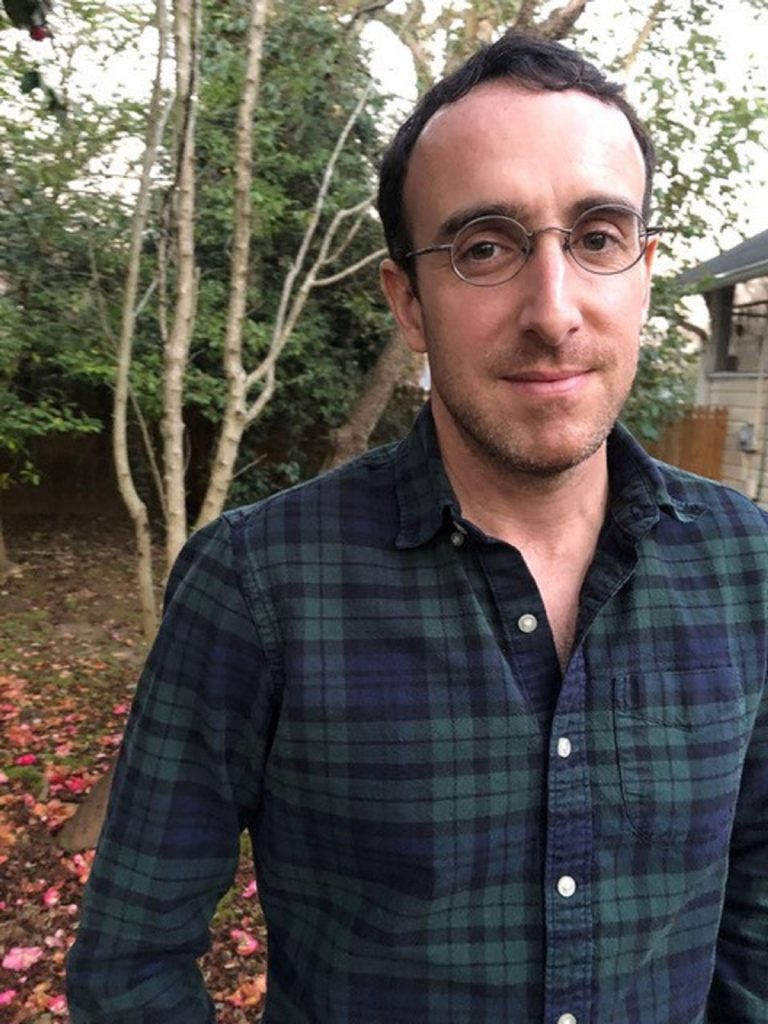 Reviewed by Lou Pendergrast on 15 February 2021