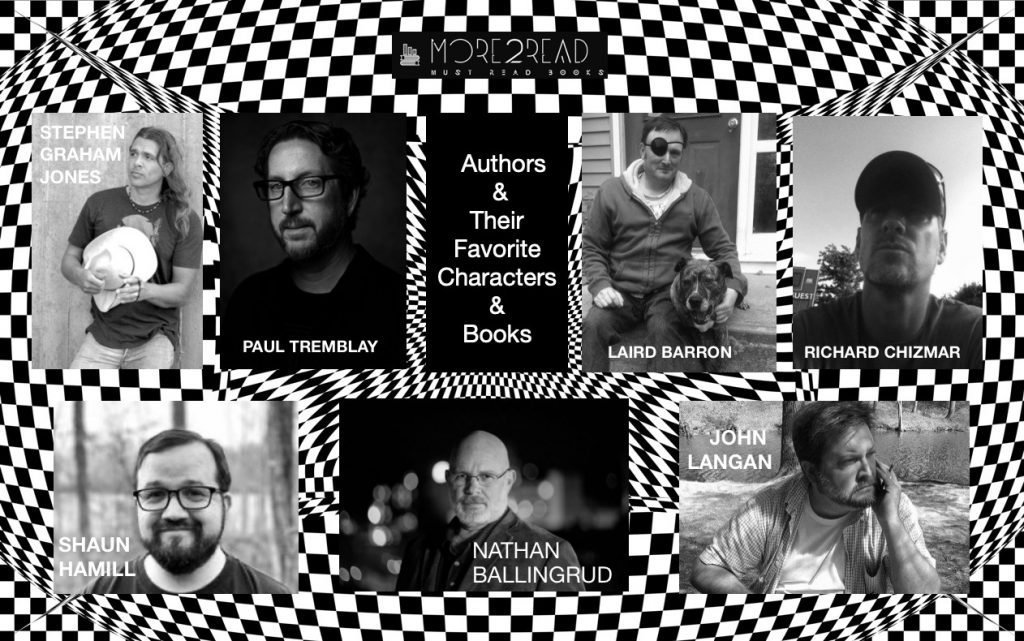 Laird Barron has a third book in Isaiah Coleridge series named Worse Angels out in May 26, 2020.
“Ex-Mob enforcer and now private investigator Isaiah Coleridge pits himself against a rich and powerful foe when he digs into a possible murder and a sketchy real estate deal worth billions.”

He likes Jack Ketchum’s novel The Girl Next Door of which was inspired by and loosely based on the murder of Sylvia Likens, in Indianapolis Indiana in 1965.

He said:  “I’ve reread Ketchum’s The Girl Next Door thirteen times now, trying to figure out how he does what he does there. I used to reread VALIS a lot, and The Crying of Lot 49. I’ve reread Erdrich’s Love Medicine plenty of times too, and have burned through The Shining probably seven times.”

Stephen Graham Jones has a forthcoming novel in 2020, The Only Good Indians, which he says will be, “a slasher, but in a way the slasher hasn’t been done before.”

He said this about his favorites:

“Lovecraft’s “The Dunwich Horror,” for the relentless forward momentum of its narrative, and the extravagance of its monsters; Stephen King’s The Mist, for its portrayal of a group of hapless people trapped in a supermarket while a monstrous invasion is taking place outside the large, vulnerable plate-glass windows; Clive Barker’s “Rawhead Rex,” for its terrifying, unstoppable creature; Lisa Tuttle’s “Replacements,” for the way its monsters go right to the heart of human insecurity; Cherie Priest’s Those Who Went Remain There Still for its combination of early-American history and crazy monsters.”

John Langan’s The Fisherman won the Bram Stoker Award in 2016.
Our review said, “Evoking the scene, prose in lucid form, moving back and forth, old and new, flowing like the sea, a gathering of things, tales, myths, things that swim and things that haunt and instil fear and anxieties, turmoilous and treacherous times ahead in the tale with the mysterious, the melancholy, the peoples, with friendship love and loss weighing upon the characters, along with mystery and the mythological tales, the cosmic horror unraveling old and new.”

“Books I’ve probably re-read the most include IT, ‘Salem’s Lot, Boy’s Life, and Lord of the Flies.”

“From New York Times bestseller Richard Chizmar comes Gwendy’s Magic Feather, a breathtaking novel that asks whether our lives are controlled by fate or the choices we make and what price we might have to pay for those choices when we reach for the things we most desire. Prepare to return again to Stephen King’s Castle Rock, the sleepy little town built on a bedrock of deep, dark secrets, which is about to awaken from its quiet slumber once more.”

“I didn’t become a reader for pleasure until later in life, my early 20’s, and I can thank Joyce Carol Oates’s short story “Where Are You Going? Where Have You Been?” and Stephen King’s The Stand for turning me into a lifelong reader.”

The first one, a short story by Joyce Carol Oates, wikipedia says this, “It was inspired by three Tucson, Arizona murders committed by Charles Schmid, which were profiled in Life magazine in an article written by Don Moser on March 4, 1966.[1] Oates said that she dedicated the story to Bob Dylan because she was inspired to write it after listening to his song “It’s All Over Now, Baby Blue“.[2][3] The story was originally named “Death and the Maiden”.[4]

In our interview with Shaun Hamill on his novel A Cosmology of Monsters he said:

“Eli, the child vampire from Let the Right One In. This is a story that took me right back to being a kid, and reminded me of what it was like to feel lonely and make a new friend who may not be entirely good for you.

Grover from There’s a Monster at the End of this Book—it was the first time I remember a muppet (besides Cookie Monster) being referred to as a monster, and it definitely re-shaped my idea of what the word could mean as a kid.

The Monster from Frankenstein: A pitiful and pitiable creature with a vengeful streak in his heart. That desire for vengeance is ultimately what makes him monstrous—not his appearance or origin, but the hate in his heart.

Cthulhu from “The Call of Cthulhu”—the perfect example of Lovecraft’s essentially unknowable cosmos, a being terrifying and darkly wondrous. That sense of dark wonder is what I was chasing during the composition of A Cosmology of Monsters.”

He has a 2019 debut novel out A Cosmology of Monsters we reviewed as:

“This world he has created in a debut novel is not an easy task, he has done a great job of creating this world for the reader to escape into, expounding on many complexities and fragilities of the Turner family their tragedies with common and uncommon creatures.”

Nathan Ballingrud On a Favorite

Nathan Ballingrud loves Annie Proulx’s short stories, in particular “The Mud Below.”
The Mud Below is a short story in her story collection Close Range: Wyoming Stories which is a must-read collection.
In an interview with him he mentioned when I asked about his influences:

“I’ve had hundreds of influences. Sometimes it’s just a single sentence of a novel that will ring a bell in my mind, and I’ll remember that tone for years. Some of the biggest ones are Ernest Hemingway, Stephen King, Clive Barker, Lucius Shepard. Each of those writers were fundamentally important in shaping my idea of what stories are and how they work, to the extent that I can point to particular works and see how they altered my life. Annie Proulx, specifically her short stories. She wrote a story called “The Mud Below” which brings me close to tears every time I read it. Shirley Jackson. Mike Mignola. There are so many more, but these few are monumental to me.”

His most recent book is called Wounds: Six Stories from the Border of Hell, from Saga Press. His first book is North American Lake Monsters, from Small Beer Press. He has won two Shirley Jackson Awards, and have shortlisted for the World Fantasy, British Fantasy, and Bram Stoker Awards. His novella “The Visible Filth” was made into a movie called Wounds, from Annapurna Pictures. It’s written and directed by Babak Anvari and stars Armie Hammer, Zazie Beetz, and Dakota Johnson. 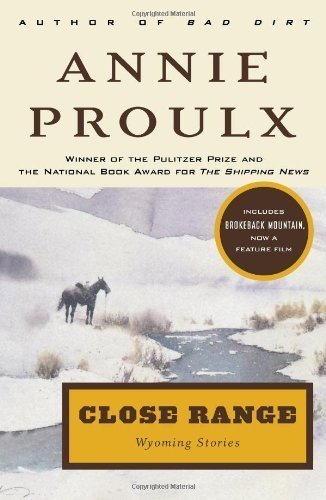 Reviewed by Lou Pendergrast on 01 November 2019