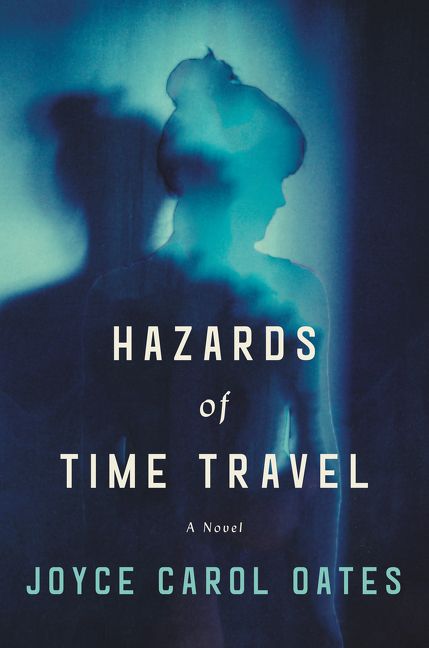 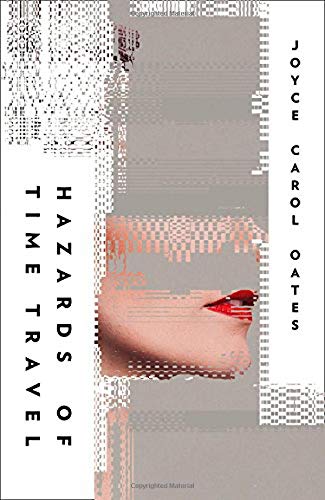 An ingenious, dystopian novel of one young woman’s resistance against the constraints of an oppressive society, from the inventive imagination of Joyce Carol Oates

“Time travel” — and its hazards—are made literal in this astonishing new novel in which a recklessly idealistic girl dares to test the perimeters of her tightly controlled (future) world and is punished by being sent back in time to a region of North America — “Wainscotia, Wisconsin”—that existed eighty years before.  Cast adrift in time in this idyllic Midwestern town she is set upon a course of “rehabilitation”—but cannot resist falling in love with a fellow exile and questioning the constrains of the Wainscotia world with results that are both devastating and liberating.

Arresting and visionary, Hazards of Time Travel  is both a novel of harrowing discovery and an exquisitely wrought love story that may be Joyce Carol Oates’s most unexpected novel so far.

Praise for Hazards of Time Travel:

Oates probes the diabolical, shape-shifting nature of authoritarianism and the timeless valor of dissent. While in this clever, brain-twisting, Poe-like fable she looks to the past and the future to dramatize the vulnerability of the psyche, the fragility of freedom, and the catastrophic consequences of repressing intelligence, independence, and creativity, what Oates illuminates is the present.
— Booklist

Multi-award-winning author Oates creates a world in which cherished American freedoms have disappeared and technology has risen to include time travel. And in the end, the will to survive outweighs the search for truth. Readers of dystopian fiction will enjoy wrapping their minds around this story.
— Library Journal

So you find yourself in Zone 9.
A new name assigned to you, memories leaving you, and there are rules in zone 9, two more front of your mind.
1.“The EI is forbidden to identify himself/herself except as established by HSEDB (Homeland Security Exile Disciplinary Bureau). The EI is monitored at all times.”
2.“Violations will insure that the EI will be immediately Deleted.”
And so all you have is..
“In Exile you cling to what you have, that has not (yet) been taken from you.”

But there is also deletion and that is..

“DI—“Deleted Individual.” If you are Deleted, you cease to exist. You are “vaporized.” And if you are Deleted, all memories of you are Deleted also. Your personal property/estate becomes the possession of the NAS (North American States). Your family, even your children, if you have children, will be forbidden to speak of you or in any way remember you, once you cease to exist. Because it is taboo, Deletion is not spoken of. Yet, it is understood that Deletion, the cruelest of punishments, is always imminent. To be Deleted is not equivalent to being Executed. Execution is a public-lesson matter: Execution is not a state secret.”

This is a place that 1984, Handmaids Tale and Fahrenheit 451 probably gave birth to.
With paranoia building you will be thinking..
“Why am I here, when will I be taken from here, who is watching me, who is monitoring me, is it this person who invites me to trust her? What will she report of me? What will be the summary and the judgment?”

These statements, keywords, and rules in quotation marks, taken from this brilliant tale by Joyce Carol Oates, Hazards of Time Travel.
A seventeen year old is in exile, an EI Exiled Individual in zone 9.
The world is a strange new world, every word and manoeuvrings watched by powers that be, quashed peoples freedoms and thoughts.
There will be some empathy for this EI named Mary Ellen Enright she will have to abide and survive through some major interceptions and conspirator movements, all ingeniously crafted, and sum of all fears potently realised before the reader with some bat shit craziness peoples worst fears of government control coming to fruition.
Memorable, shocking and brilliant tale, a must read for this strange new world emerging with a possible cautionary vision envisioned by a great writer Joyce Carol Oates.

“The old, “outdated” (that is, “unpatriotic”) history books had all been destroyed, my father said. Hunted down in the most remote outposts—obscure rural libraries in the Dakotas, below-ground stacks in great university libraries, microfilm in what had been the Library of Congress. “Outdated”/“unpatriotic” information was deleted from all computers and from all accessible memory—only reconstituted history and information were allowed, just as only the reconstituted calendar was allowed.”

“How strange to be writing. This was a so-called hand-eye coordination skill that had nearly vanished by the time I was born—though Mom and Dad had insisted upon teaching Roddy and me how to write. And strange to be reading in a book, on paper “pages” which you had to turn with your fingers, and which, if you wanted, you could tear out; but you needed no “power” to maintain the book, and no electronic medium.
Strangest of all, the university library—a vast brownstone building of numerous floors descending even into the earth, filled with row upon row of “stacks” containing “books” to be touched, and opened, by hand. And in reading rooms, high ceilings, myriad lights, and polished floors—and students!”

“Yet, if I gave up this effort, and turned my concentration upon my work, reading passages of print in textbooks and anthologies, underlining, taking notes, making outlines, writing first drafts of papers—in the way of a “normal” undergraduate in Zone 9—the pressure in my brain relaxed, and my breathing grew calmer.
This is your life now. What you must be, now.”

“On Hilda’s borrowed typewriter I had learned to type competently; in fact, it was not a very different sort of typing from what I’d been doing since the age of two at a computer. And then, I’d learned to operate the somewhat fantastical “office-model” Remington in the museum, which must have weighed twenty-five pounds. This was an enormous black machine with steel keys that could be made to fly through the air in arcs of about three inches, striking white paper and “printing” black-ink letters.” 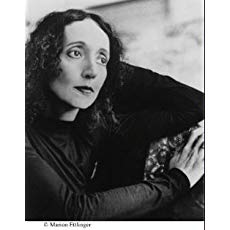 Joyce Carol Oates is the author of more than 70 books, including novels, short story collections, poetry volumes, plays, essays, and criticism, including the national bestsellers We Were the Mulvaneys and Blonde. Among her many honors are the PEN/Malamud Award for Excellence in Short Fiction and the National Book Award. Oates is the Roger S. Berlind Distinguished Professor of the Humanities at Princeton University, and has been a member of the American Academy of Arts and Letters since 1978.

Reviewed by Lou Pendergrast on 26 November 2018