Goodbye, Sweet Girl : A Story of Domestic Violence and Survival by Kelly Sundberg 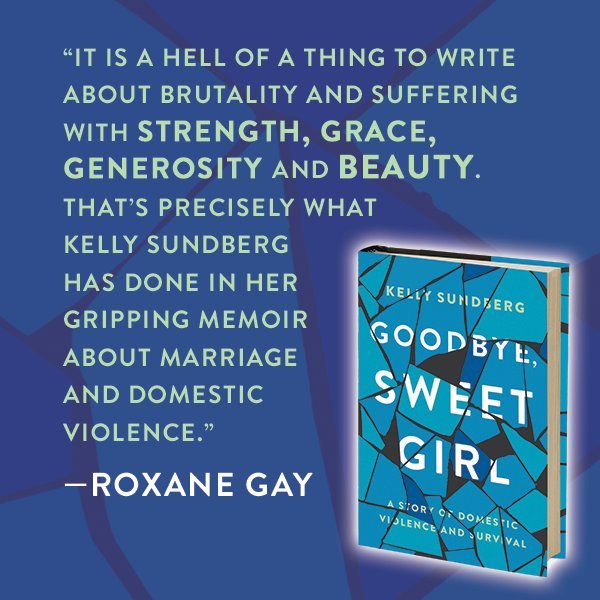 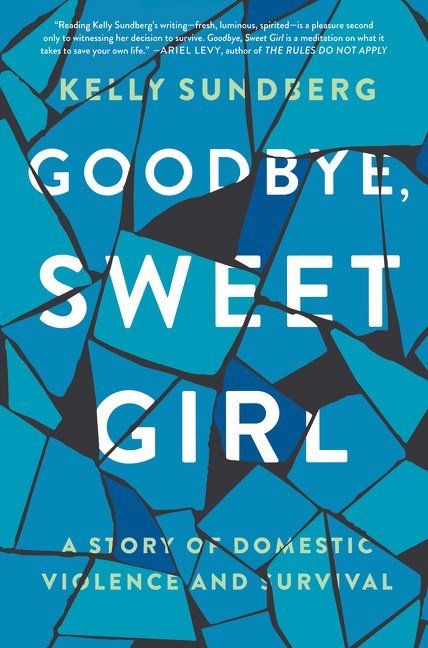 In this brave and beautiful memoir, written with the raw honesty and devastating openness of The Glass Castle and The Liar’s Club, a woman chronicles how her marriage devolved from a love story into a shocking tale of abuse—examining the tenderness and violence entwined in the relationship, why she endured years of physical and emotional pain, and how she eventually broke free

Kelly Sundberg’s husband, Caleb, was a funny, warm, supportive man and a wonderful father to their little boy Reed. He was also vengeful and violent. But Sundberg did not know that when she fell in love, and for years told herself he would get better. It took a decade for her to ultimately accept that the partnership she desired could not work with such a broken man. In her remarkable book, she offers an intimate record of the joys and terrors that accompanied her long, difficult awakening, and presents a haunting, heartbreaking glimpse into why women remain too long in dangerous relationships.

To understand herself and her violent marriage, Sundberg looks to her childhood in Salmon, a small, isolated mountain community known as the most redneck town in Idaho. Like her marriage, Salmon is a place of deep contradictions, where Mormon ranchers and hippie back-to-landers live side-by-side; a place of magical beauty riven by secret brutality; a place that takes pride in its individualism and rugged self-sufficiency, yet is beholden to church and communal standards at all costs.

Mesmerizing and poetic, Goodbye, Sweet Girl is a harrowing, cautionary, and ultimately redemptive tale that brilliantly illuminates one woman’s transformation as she gradually rejects the painful reality of her violent life at the hands of the man who is supposed to cherish her, begins to accept responsibility for herself, and learns to believe that she deserves better.

“In her stunning memoir, Kelly Sundberg examines the heart-breaking bonds of love, detailing her near decade-long marriage’s slide into horrific abuse. Sundberg shares her own confusions, fears and empathy for her violent husband, even as she comes to realize he will never change. This is an immensely courageous story that will break your heart, leave you in tears, and, finally, offer hope and redemption. Brava, Kelly Sundberg.”— Rene Denfeld, author of The Child Finder

“A fierce, frightening, soulful reckoning—Goodbye, Sweet Girl is an expertly rendered memoir that investigates why we stay in relationships that hurt us, and how we survive when we leave them. Kelly Sundberg is a force. She has written the rare book that has the power to change lives.”— Christa Parravani, author of Her: A Memoir

“Kelly Sundberg’s lyrical, devastating 2014 essay about domestic violence, “It Will Look Like a Sunset,” made readers hold their collective breath. It’s now expanded into a full-length memoir about Sundberg’s husband, a man who was wonderful and violent at turns.” (Elle, The 30 Best Books to Read This Summer)

“Goodbye, Sweet Girl is a story of domestic violence and survival, written by Kelly Sundberg, who experienced abuse at the hands of her husband. A strong and empowering memoir, the layers of Sundberg’s life are utterly inspiring.” (Women.com, 15 Awesome Books With Strong Female Protagonists)

“It is a hell of a thing to write about brutality and suffering with strength, grace, generosity and beauty. That’s precisely what Kelly Sundberg has done in her gripping memoir about marriage and domestic violence. Sundberg’s honesty is astonishing, how she laid so much of herself bare, how she did not demonize a man who deserves to be demonized. Instead, she offers a portrait of a broken man and a broken marriage and an abiding love, what it took to set herself free from it all. In shimmering, open hearted prose, she shows that it took everything.” – Roxane Gay, author of Hunger and Bad Feminist

“Goodbye, Sweet Girl is a breathtaking gut-punch of a memoir. Real talk: the story is hard. We spend so much time pretending that domestic violence doesn’t exist. We spend so much time doubting women. Enough. Sundberg gives us the truth in all its complexity; fear and hope and fury in gorgeous, near-cinematic prose that made me weep, and cheer, and understand. Here is how we save ourselves. Here is how we survive.” – Megan Stielstra, author of The Wrong Way to Save Your Life

“With disorienting elegance Kelly Sundberg shows her readers how difficult it can be to believe even your own experiences of abuse when they begin in what seems to be a loving relationship, and unfold alongside depression and confusion arising as a result of that very abuse—and perhaps worst of all, when in the midst of such doubt, fear and sorrow, loved ones question your judgment. Kelly brings clear eyes, an open heart and the vulnerability that comes from long healing to a story of domestic grief and horrific abuse. The abuse that she long told herself, and others, was not really that bad. The writing and juxtaposition of scenes are striking and terrible in their beauty—it’s no coincidence that her story begins among men and women who both depend utterly on the mountains and forests of Idaho, and who seem hell-bent on destroying them. It is a powerful spirit indeed who not only navigated so many lonely and terrible days and nights, but who also escaped with grace, a beloved child, and the determination to share her story, difficult as that must have been. This is an important book.” – Bonnie Nadzam, author Lamb and Lions

“A shattering of the silence that enables domestic violence to continue, Goodbye, Sweet Girl shines a fierce light on how complex and sometimes joyous a relationship that’s also an abusive cage can be, why women gradually lose the orientation they need to find the exit, and how they escape when they do, or how this one did. This book is a testament—and a warning to batterers that the silence is broken, and their secrets are leaking out.” – Rebecca Solnit

“Reading Kelly Sundberg’s writing—fresh, luminous, spirited—is a pleasure second only to witnessing her decision to survive. Goodbye Sweet Girl is a meditation on what it takes to save your own life.”  – Ariel Levy

“In this powerful debut memoir, Sundberg delivers a harrowing account of an abusive marriage and how she left it….Sundberg cogently ties together the painful chain of events in her life and the personal growth that resulted from it.”  – Publishers Weekly

Be prepared to be sucked into the vortex that incorporate all these words letters, ultimately feelings and emotions.
Necessary truth work layered out in a very real everyday human stain upon earth. A writer with courage and bravery to lay down her life for the reader, a writer yet again seeking truth, realisation, safety, and freedom, from pen and words.
The reader will have empathy learning of her being put in a place of being unwanted and lack of acceptance and love in those important early years as a child, she mentions, “I was bad,” but the terror that was to come in the form of a husband and loved one surpassed them, no more in sickness and health vows to uphold, lines crossed, she had to get out and never return for her child’s safety and herself. First rule of writing, write about what you know, and what she has to tell unsettling but empowering. The stuff of great writing, every clear, terrible, and empowering word of it.

“Intimate Partner Violence is a huge problem in America. On average, 24 people per minute are victims of rape, physical violence, or stalking by an intimate partner in the United States—more than 12 million women and men over the course of a year. In addition, nearly 3 in 10 women (29%) and 1 in 10 men (10%) in the US have experienced rape, physical violence and/or stalking by a partner and report a related impact on their functioning. Overall, 1 in 4 women (24.3%) and 1 in 7 men (13.8%) aged 18 and older in the United States have been the victim of severe physical violence by an intimate partner in their lifetime.”

“When I spoke to Jeannie a few days later, she reassured me that her blues had been a lapse, that she was happy in her marriage and life. I wanted to believe her. Everyone said that relationships took work. My own mother had told me to try hard, and I was going to try. I remembered the sparkle of those early days. I was not a quitter, and I didn’t want to let go of that shine.”

“On a frigid white Christmas in Idaho—just across the border from Wyoming, in the same snowy town where my father had started his first job with the US Forest Service, where my mother had once slid into a snowbank in her Volkswagen Bug, and my brother, still a tot, had panicked and jumped out of the car into that bank—I was born. My brother’s fifth Christmas was effectively ruined, and though my parents called me the best Christmas gift they’d ever received, it was always in the back of my mind. I was not a Christmas gift; I was the one who ruined Christmas.”

“…sickness, and in health. Those were my vows in that little church in Idaho where we held hands while sunlight filtered through stained glass and spring lilacs bloomed outside. I told myself that Caleb was sick, but he would get better.”

“…of my searching for answers, all I ever came up with was this: Maybe it was time for me to stop wondering what had caused Caleb’s violence and start focusing on my own healing.”