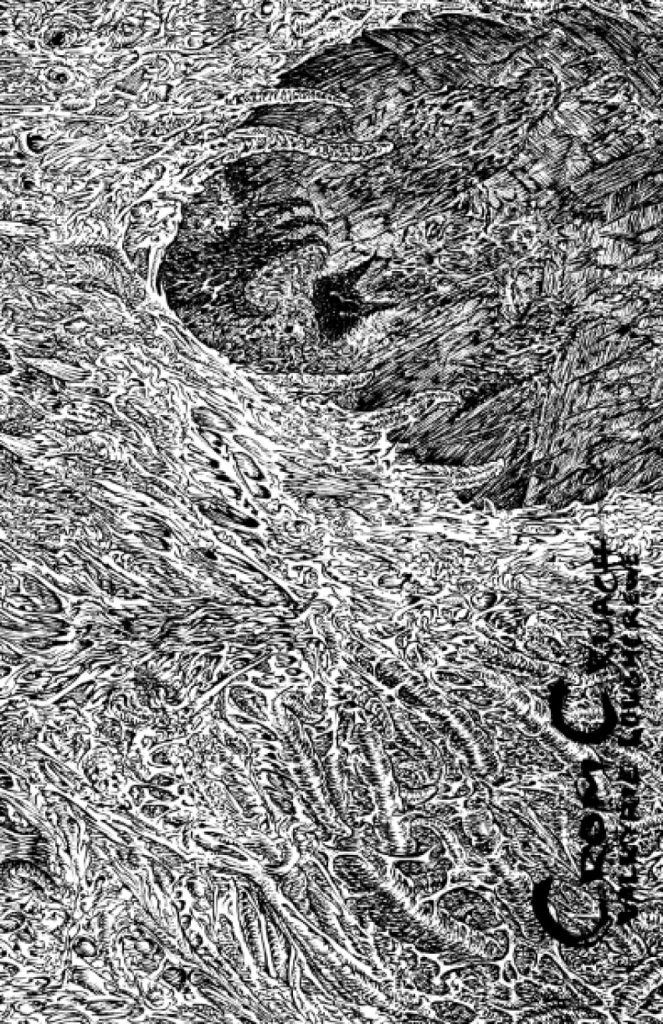 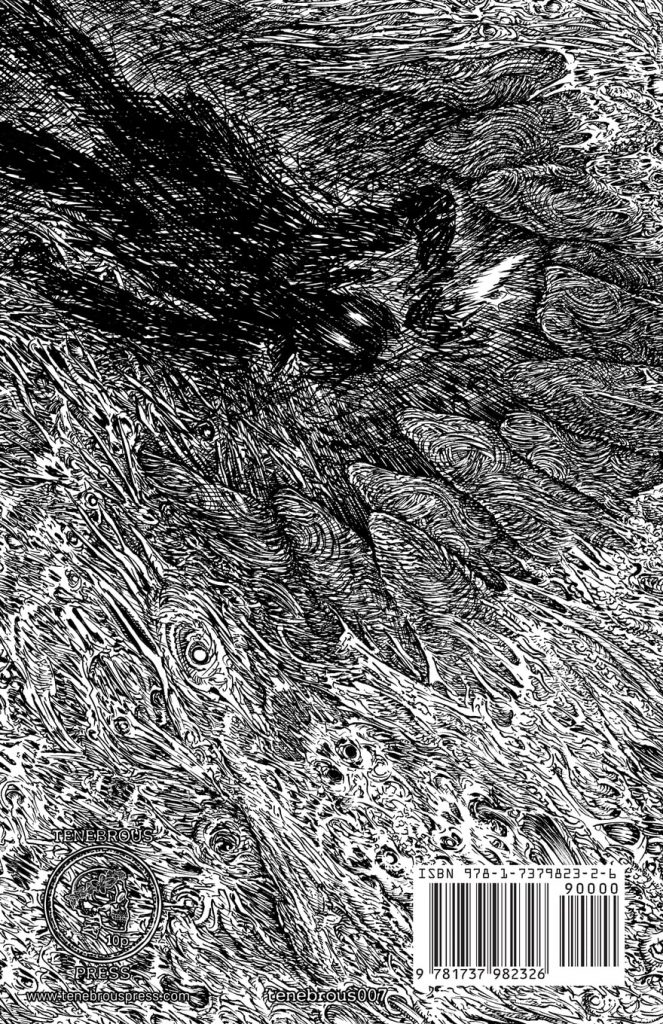 A family is found slaughtered in their home, yet their corpses still move; committed to the routine of their daily lives, heedless of their own grisly deaths. A local occultist commune is suspected of the crime. The bloody legacy of Catholicism and the dark roots of ancient paganism intertwine in the aftermath of a recent national revolution. Welcome to the Ireland of tomorrow.

Two ex-Gardai officers, a former Franciscan monk and a young trans woman race to determine the cause of the slayings before tensions in the community boil over and kick off a new Satanic Panic, driving the tenuous fledgling nation back into the arms of the Church.

CROM CRUACH is a distinctly Irish anxiety piece about the reluctant future and repressed past of a country trying to shrug off the shackles of colonialism, wrapped in the shiny black leather of Giallo and written in a poetic style fit for the fog-shrouded mysticism of the emerald isle.

“Loughcrewe plunges their readers head first into a skillful mix of folkloric, speculative and human horror. CROM CRUACH left me breathless at every turn, afraid to turn the page, afraid not to. It’s not hyperbole to say I finished this novella with my mouth hanging open, my heart alight with horror and my mind afire with possibility. An incredible read, not to be missed.”
-Laurel Hightower, author of Crossroads and Below

“Loughcrewe’s CROM CRUACH startled me. We might need to invent a new genre for them, like Anarcho-Folk Splatter or Lyrical Black-Metal Horror. If you don’t want to read a novella-length poem mixing ancient occult horror with modern communal politics that’s efficiently and viscerally detailed in glorious lines like, ‘Lynda was missing her head, Cora, and she was singing,’ well then, I really don’t know how to help you.”
-Joe Koch, author of The Wingspan of Severed Hands

There be a new type of reality for denizens of a village with a history for suffering and greed of ownership, hate, words and prejudices amongst the people of Catholic, Protestant, and Pagan beliefs, for what will traverse upon the land with histories of evil that men had done coming to fruition ungodly acts and ungodly remedy needed with some courage and love amidst mans attempt at destiny maker with the horrific results that transpired.

Starts with mention of power and parish burning and mass figures just idle not putting fire out, an old fierce pull of history and evil that men do and politics being laid down for the first instance with scene vivid a poetically potent prose with “Blasphemous orange blaze” and “deaths does stalk this night.”
Down the minutes you taken from mother and son with elevation and phantom hag tragedy with Boyles of Crookedwood and all sundry of macabre oddities and upheavals with crazy shit and foul language behaviour that may wake the life out of your solemn resting soul in mind bending horror journey with disturbed humans these evil meddling souls in an unforgettable poetical tale.

Finely crafted conjuring of words laid down, one on the edge, on that journey, not wanting turn eyes away from the narrative for worldly menial matters right to its final last word, poetically taken under the wings directed amidst the disorder with a poetical orchestration in a fine ballad of hypnotic mesmerisation of phantasmagoria with human despair and destinies needing correcting.

A few names in this tale:

“We were warned, over and over again,
before we let children with guns
change how this country was run.
Witchcraft, black magic.
Now they’re killing families.
and they’re gonna kill more!”

“United by a common goal,
a need to build a world,
more altruistic than the one
they fought and killed for.”

“In a high, tamed place of power,
on a fog-strewn darkened hill,
the parish chapel burns.
Seen all the way from town,
devouring light of flames,
lickering over silent graves.
A gathering mass of figures,
masks of sackcloth, paper, wicker,
stand like a famine procession,
along a polluted river,
flowing from a dying city far away
from this rural midnight mob.”

“The forest
seems eternal.
A thousand acres,
so forgotten by the world
that it was never even classified
as wilderness.
Getting this deep into the woods
before the sun goes down completely,
was never going to be any kind of
safe or easy journey.”

“There are men out on the driveway.
Feral shadows under moonlight,
with the heads of wolves, animal skins,
draped over their own
and beneath that, all black clothing.
Balaclavas hide their faces.”

“Face too beautiful to bear to see,
eyes innocent as a child,
yet full of danger, cruelty, and knowing,
the Hero from the wild.”

“These people who would have sleepwalked
humanity into extinction,
who needed to be dragged
kicking and screaming into
a new type of reality.”

Valkyrie Loughcrewe lives in a bog, and is currently working on something gory and crawling with nightmare creatures. Whatever you do, don’t look them up on Twitter—in fact, don’t look anyone up on Twitter. Start raising homing pigeons!

Reviewed by Lou Pendergrast on 25 September 2022