Can’t Hurt Me by David Goggins 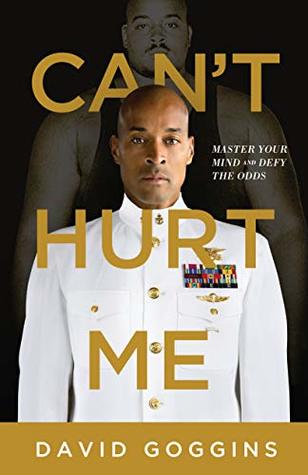 For David Goggins, childhood was a nightmare — poverty, prejudice, and physical abuse colored his days and haunted his nights. But through self-discipline, mental toughness, and hard work, Goggins transformed himself from a depressed, overweight young man with no future into a U.S. Armed Forces icon and one of the world’s top endurance athletes. The only man in history to complete elite training as a Navy SEAL, Army Ranger, and Air Force Tactical Air Controller, he went on to set records in numerous endurance events, inspiring Outside magazine to name him “The Fittest (Real) Man in America.”

In Can’t Hurt Me, he shares his astonishing life story and reveals that most of us tap into only 40% of our capabilities. Goggins calls this The 40% Rule, and his story illuminates a path that anyone can follow to push past pain, demolish fear, and reach their full potential.

Praise for Can’t Hurt Me:

“David Goggins is a being of pure will and inspiration. Just listening to this guy talk makes you want to run up a mountain. I firmly believe people like him can change the course of the world just by inspiring us to push harder and dig deeper in everything we do. His goal to be ‘uncommon among uncommon people’ is something we can all use to propel ourselves to fulfill our true potential. I’m a better man having met him.”
–Joe Rogan, Standup Comedian and Host of the Joe Rogan Experience Podcast

“David Goggins lives out every goal, every dream no matter what. PERIOD. He’s unstoppable. There’s no limit to him because he doesn’t live in a comfort zone. His mental and physical capacity are equal. Goggins proves that your body can handle anything if you let your mind keep up. There’s no way to stop something or someone that doesn’t understand the concept of being beat.”
–Marcus Luttrell, Retired Navy SEAL, Author of New York Times Best Seller Lone Survivor

“Modern neuroscience is teaching us that the path to courage and success arrives through embracing pain and fear, not by avoiding them. If ever there was a real-life example of this, it is the story of David Goggins. In his unrelenting pursuit to self-conquer, Goggins taught himself how to tap into that elusive holy grail of human existence: the ability to rewire one’s own brain in order to continually do better and actually become better, regardless of feelings, external conditions, or motivational state. Can’t Hurt Me is the remarkable description of that journey and the capacity to leverage and better the mind. More importantly, it also teaches you how.”
–Andrew D. Huberman, PhD, Professor of Neurobiology, Stanford University School of Medicine

“David Goggins throws the door open on pain, evil, darkness, the worst and yes, the best of humanity, and the strength of the human soul…and that’s just in chapter one. If you are looking for a book that will heal, stretch, inspire, and dig into the corners of what it takes to persevere and overcome in a messed-up world, this is your book.”
–Taya Kyle, Widow of American Sniper Chris Kyle, Author of New York Times Best Seller American Wife

“David Goggins’s book is not the first about overcoming severe hardships to achieve success, but it is certainly one of the most compelling. His story of beating the odds, of achieving athletic greatness, of serving his country and his charities, and of mastering his own destiny will inspire all of us to reach a little higher and give a little more. ‘I will never quit’ is a tenet of the Navy SEAL ethos, and one that David Goggins applies to everything he does.”
–Admiral Eric Olson, US Navy (Retired); Former Commander, United States Special Operations Command; Chairman, Special Operations Warrior Foundation

“I’m inspired that people like this guy exist. Not everyone will live a life like David Goggins, but he is proof that anyone could if given the right headspace within.”
–Kelly Slater, Eleven-Time World Champion Surfer

From nothing to something, from darkness to light and paying forward.
Grinding everyday, you can’t hurt him now, and he wants you to not hurt too, to take it on, enter the arena and dare greatly.
He dares you to step in the arena, his voice unfiltered and raw, embracing the darkness and rising from it, using the darkness as fuel, the negative as fuel.
He uses courage to bare his sole, fears, frailties, and his metamorphosis.
He turns every negative upside down, getting back up from defeat and never submit to failure, rising form the hole, the darkness, the brokenness and reinventing the metamorphosis into a new man empowering all that dare to step into terrain untrodden, hearts at battle with themselves daring greatly with the complexities and insecurities.

He is all about the drive, no fluffy motivation, but grinding every day hard and pushing beyond limits and comfortableness into a new self.

This book is about David Goggins, his memoir, failures, defeats, and overcoming things, he never said follow me every step and move but he set in stone an example of a man driven, never giving up even when everyone is against you, even when the dream goes askew, against racism and abuse at hands of those should love and protect, instead now he gives back to the world with love and protection with sheer grit and grind.

This was in my best of 2018 list after listening to the great audiobook that coupled as a podcast with all the behind the scenes of the narrative with David Goggins right there with you, I listened to it again and again and this time put together a review, one long overdue. 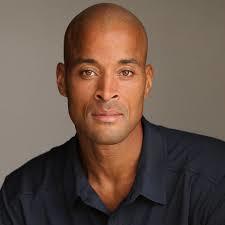 David Goggins is a retired Navy SEAL and the only member of the U.S. Armed Forces ever to complete SEAL training, U.S. Army Ranger School, and Air Force Tactical Air Controller training. Goggins has competed in more than sixty ultra-marathons, triathlons, and ultra-triathlons, setting new course records and regularly placing in the top five. A former Guinness World Record holder for completing 4,030 pull-ups in seventeen hours, he’s a much-sought-after public speaker who’s shared his story with the staffs of Fortune 500 companies, professional sports teams, and hundreds of thousands of students across the country.
Reviewed by Lou Pendergrast on 02 May 2019