Anybody Home? by Michael J. Seidlinger 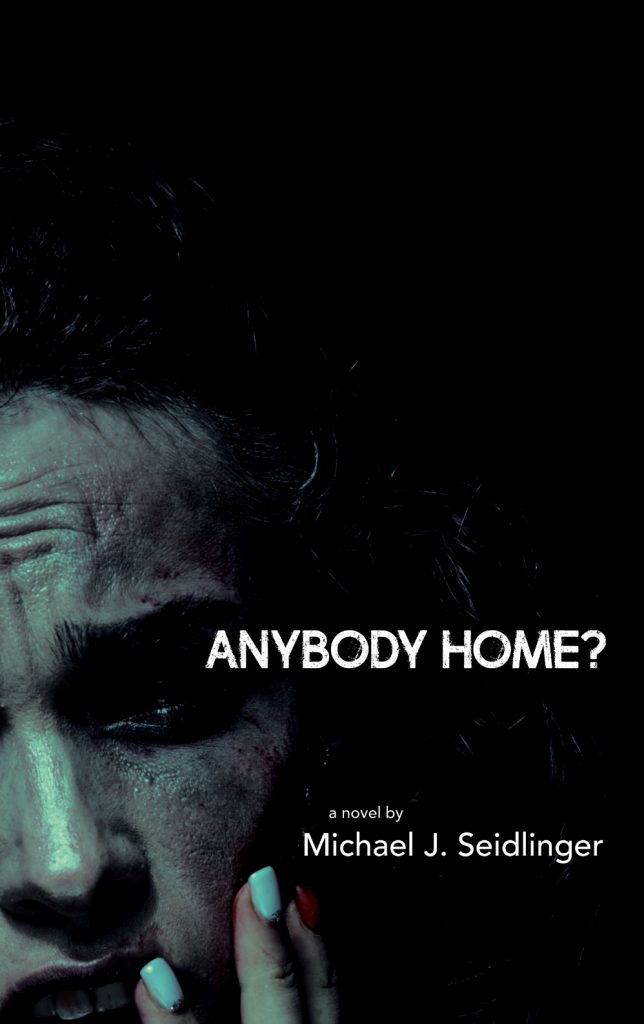 What came first, the home or the desire to invade?

A seasoned invader with multiple home invasions under their belt recounts their dark victories while offering tutelage to a new generation of ambitious home invaders eager to make their mark on the annals of criminal history. From initial canvasing to home entry, the reader is complicit in every strangling and shattered window. The fear is inescapable.

Examining the sanctuary of the home and one of the horror genre’s most frightening tropes, Anybody Home? points the camera lens onto the quiet suburbs and its unsuspecting abodes, any of which are potential stages for an invader ambitious enough to make it the scene of the next big crime sensation. Who knows? Their performance just might make it to the silver screen.

“Anybody Home? is Natural Born Killers for a generation that grew up on Funny Games, The Purge, and Twitter. An incisive commentary on how, in our culture, everything eventually gets mediatized—and a how-to guide to some of the darkest corners of that process, one that implicates you even as you read it.”
—Brian Evenson, author of Song for the Unraveling of the World

“Harrowing and tremendously upsetting, Anybody Home? flips the home invasion genre on its head for a new generation of readers. I felt like I was reading something I shouldn’t have been reading. You’ll be checking your locks regularly after reading this nasty little morsel.”
—Eric LaRocca, author of Things Have Gotten Worse Since We Last Spoke

“An ice cold, deadpan zeitgeist nightmare, Michael J. Seidlinger knows, and shows, that even in a lockdown moment, home is the most dangerous place of all. Watch out. Too late. They’re watching you.”
—Kathe Koja, author of The Cipher

“This addictive deconstruction of home invasion stories is so thorough and chilling, Seidlinger may as well have slammed the door on the entire genre. But beyond the torture and violation, Anybody Home? is a nuanced study of the creative process, exploring what it takes to create art that truly resonates.”
—BR Yeager, author of Negative Space

“Michael J. Seidlinger is a true innovator. The narrative shards of Anybody Home? cascade over the reader in a collage of troubling, sometimes half-seen images, and the wicked, insinuating, deeply unsettling voice weaves through the back of your mind and crouches in your dreams. A chilling and unforgettable book.”
—Dan Chaon, author of Sleepwalk

“A bone-chilling, immersive horror novel that explores fear, obsession, voyeurism, and senseless violence. Seidlinger takes an ax to the illusion of suburban safety. Unsettling, unflinching, and unforgettable. Anybody Home? is one of the most terrifying books I’ve ever read.”
—Rachel Harrison, author of Cackle and Such Sharp Teeth

Behind one picket fence in suburbia a family goes about there usual day, they are in imminent danger due to an unexpected chaos with interlopers, performers of a show unlike anyone seen, a capitalisation of fear will commence. These invaders arrive to create a film with family as un-casted but cased individuals, each with there soon to discover roles cast in this display of fear, victims that shall be known as victim #1 #2 #3 and #4 invaders #1 #2 #3 #4 all in the purpose of entertaining eventually some-kind of audience and cult that is rising.
Shocking chilling and macabre moments with original and unusual storytelling techniques that may have you the reader be audience and witness in it’s initial telling to the invasion and charnel main event.
The direct narration and invitation is evident from the beginning of the story:
“Get a good brainstorm going. Figure out where it could all go right. Figure out where it’ll all go wrong. Between the highs and lows, you’ll see that it’s a performance. The house targeted becomes the stage.”

In a possible another story here, once one ponders and ruminates over this work, me thinks at what lengths would people go for entertainment and feelings, with all the escalation in numbers in front of a camera, what is left, and what future lays ahead with this strain of entertainment ? a t…tok on a whole another level and may just have you think twice next time when you press record, where is all this heading, the numbness, the eyes that don’t turn away, a world that has lost feeling and another death is nothing, numb and at same time still looking for more entertainment.
It maybe a cautionary tale that books are the best entertainment in the future, and sway away from the camera more, lesser in-front of the camera.
This little discourse away from more direct reviewing forgive but a little outlandish thoughts.

Many will be is watching/reading, without leaving prematurely, in a twisted captivated fashion to learn how this chilling show will end.

Yes, lock your door, double check, they do stir these thoughts this kind of story. One hopes these performances do not lead to any trend or copycat macabre encore.
Welcome to the cult of The home invasion club.

“According to the FBI, there are an estimated 1.7 million crimes reported every year. The quantity of reported crimes designated “home invasion” remains uncertain.
On the night of May 14th, 20XX, a family of four returned home from a day at a local amusement park. The events that took place over the following forty-eight hours are still not entirely known.
What you are about to witness is a sample of a factual record. If the sample is of any interest, the complete record can be made available to the studio upon request.”

“We watched.
We stepped inside these homes.
We took our time, learning their routines.
We weren’t going for just another performance, you see.
We wanted to create a series of performances; this meant that we had to plan everything, every single invasion, as its own step. We spent at least eight months just on the setup, the planning. When it finally happened and he was in place, waiting for the first family to arrive, me in the backyard, awaiting the first cue, it was serenity. You see, we almost saw the work, all that planning, play itself out, like a perfect take. It felt like… like a perfect fit.
And then the family showed up.”

“The look in his eyes… it was fear.
Fear is the reason for our success.
The utilization, and understanding, of what drives and directs fear is the reason why anyone performs or watches, survives and inevitably dies trying—it’s the steady divvying of fear, evolving it from crime to spectacle, that made this all possible.”

“Every home is ripe for the taking, no matter how secluded and/or secure.”

“The family conforms to their own understanding of the roles.”

“The beauty of the performance is the element of surprise.”

“At every stage, there’s an opportunity for creativity. Never forget that.”

“It’s about the victims exhibiting the perfect brand of fear needed to accentuate the severity of this scene.
It’s about light in the distance, looking for you.
It’s about the victims and what they’ll do to escape. Because at some point, every performance evolves into a sequence consisting entirely of evasive maneuvers, the victims doing their best to remain unscathed. Not that very many ever do, but any successful performance accounts for at least a little bit of this behavior.
Think of it as an exhibition.”

“No home is safe. No home is ever safe. No building is really secure. Nothing is safe because everyone that wants to be famous is looking for the same thing. They want to feel again.”

Michael J. Seidlinger is a Filipino American author of Anybody Home?, Scream (Bloomsbury’s Object Lessons), and other books. He has written for, among others, Wired, Buzzfeed, Thrillist, Goodreads, The Observer, Polygon, The Believer, and Publishers Weekly. He teaches at Portland State University and has led workshops at Catapult, Kettle Pond Writer’s Conference, and Sarah Lawrence. You can find him online on Twitter (@mjseidlinger) and Instagram (@michaelseidlinger). 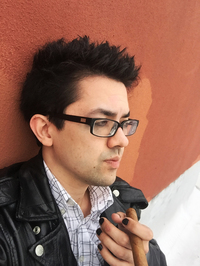 Reviewed by Lou Pendergrast on 08 August 2022