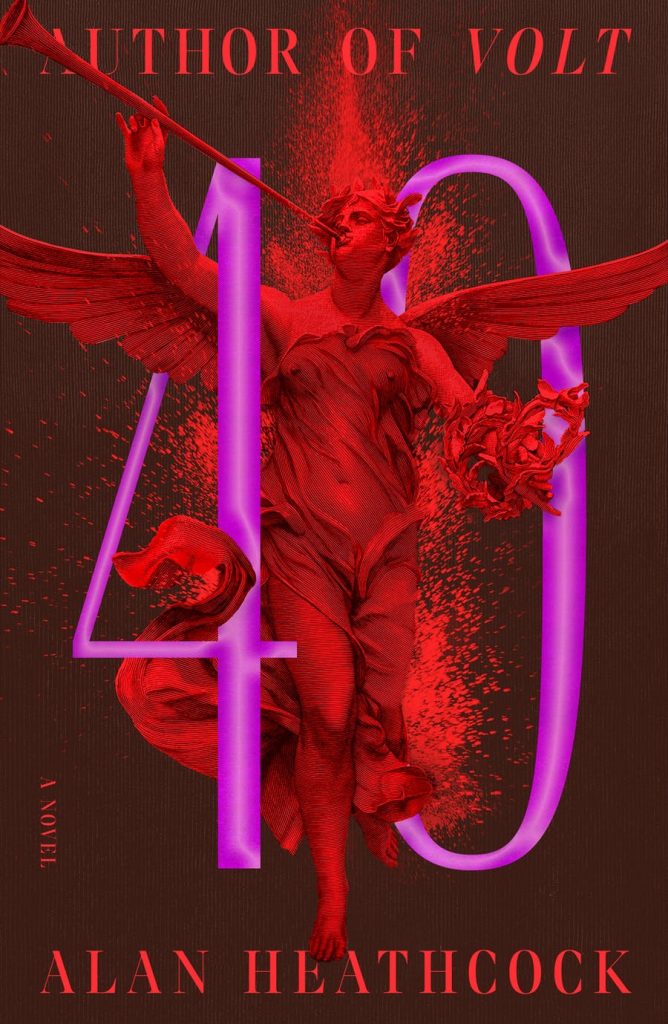 From the award-winning author Alan Heathcock comes an American myth of the future: a vision of civil war, spectacle, and disaster of biblical proportions.

In a future America ravaged by natural disaster, pandemic, and political unrest, a fundamentalist faction emerges. As the Novae Terrae gain power, enticing civilians with bread and circuses, a civil war breaks out between its members and the US government.

Mazzy Goodwin, a young soldier, only wants to find her little sister, Ava Lynn. One day, she wakes in a bomb crater to find wings emerged from her back. Has she died? Been gifted wings by God? Undergone a military experiment?

The world sees a miracle. Mazzy is coaxed into seeing it as an opportunity: to become the angel-like figurehead of the revolution, in return for being reunited with her sister. Her journey leads her to New Los Angeles, where the Novae have set up the headquarters for their propaganda machine?right in the ruins of Hollywood. Aided by friends old and new, she must navigate a web of deceit while staying true to herself.

Told in sharp, haunting prose, as cinematic as it is precise, Alan Heathcock’s 40 is a dizzyingly fantastical novel about the dangers of blind faith, the temptation of spectacle, and the love of family. In a tale by turns mythic and tragic, one heroine must come to terms with the consequences of her decisions and face the challenges of building a new world.

Opens with an immediate scene of visceral significance and rapid succession of things occurring, fire, bombshell, blood and war.
This will be a first person narrative with main protagonist Mazzy Goodwin, it’s all in here, love and hope, war and peace, righteous and unrighteous, belief and unbelief, truth and deception, these aspects of humanity a fete to tackle but he does well in communicating them with the main protagonist in her metamorphosis hand in hand reader and Mazzy on a journey through many aspects ones we fight for and ruminate in our souls.

The author has you reading on succumbed into this strange world in his grasp, there is no swaying from the tales immersion, no unnecessary sentences in this inner and outer conflict and the search for answers and safety in all the world gone topsy turvy.

There is the bond and love for a sister in this tale, Mazzy is in search for her sister at all costs and sacrifice.
There is a personal and world struggle for the Mazzy with war and belief and trying to understand who leads what and the policies people follow. She is a spirited soul full of grit and courage but also naive and swayed by others, actors on the stage with lies and deception, all calling to different ways, light and darkness, she is caught in the web of wars and policy and religious conflict big questions being tackled in this moral tale that has the reader try to maybe answer the questions and doesn’t give one answer but let’s all play in this stage of life on a chessboard of decision making and fates, good or bad.

Aspects of religion and politics, the ways denizens of this earth follow others and chosen ones, with the moral and ethic questioning of a Flannery O’Connor, in this apocalyptic tale the author is shining a light with peoples role in an alternate American future with a powerful force of love driving through novel amidst all the darkness.

“I stirred groggy and sore in the watery well of a blackened crater that cradled me like a babe. Arms and hands crusted with blood, a ringing in my ears like a humming wire, I didn’t know where I was or how I’d gotten there.
Rain pattered over me and trickled down the scars in the crater’s steep walls. The air reeking of chemical fire, the sky opaque with violet fog, bombs thumped somewhere out of sight, the ground quaking as if beasts long trapped in the earth’s core kicked the underside of the land, demanding their parole into the world.”

“I squinted against the dawn. No violet light, Mama gone, I was alone and the world seemed the world again. A heaviness like a blanket draped my frame. I sat up in the puddle of soot-black water to discover that what felt like a blanket was a shawl of feathers.”

“Mama pulled off the highway and drove through the remnants of Jaynesville. They’d covered the old elementary school in clear plastic that moved in the wind and seemed alive, boarded over every glassless window in the two-block stretch of town, and barricaded the impassably buckled side roads. Back then, we’d figured it’d all get fixed and everything would return to how it was, but the town was ruined, forever ruined.
If the drought and quakes weren’t enough, then the megastorms began. After the first storm, ten days of torrential rain and tsunami, the land was littered with fish. Steelhead in the flats. Chinook in the ditches. Sturgeon like logs in the road. The land salt-white and so many flies Mama said the town was like a dead thing on a beach.
I was nineteen when I enlisted in the Army. Mama thought I was too bright and headstrong for the military. Maybe she was right. We discussed how those were dangerous times, conflicts across multiple continents, ongoing virus and climate riots, decades of racial violence and domestic terror.”

“We’re always hoping to pass through into something better. Better house, better car. Men start wars dreaming of what they’ll pass into. But it all comes back to this. This is all we have. Trees. Rocks. Water. Sky.”

“I was deeply conflicted in not knowing if this world was all we had or if there was a Heaven. I was disturbed in knowing violence had been committed in the name of God. Yet I knew my longing for God wasn’t about a life beyond this one, or a call to arms.
For me, the great grief of the human experience was we were all separate. Separated by the domes of our skulls and the fabric of our skin, every day we struggled to be understood, and to understand those who are not us.
How was your dinner? Did you sleep well? Where does it hurt? Even such banalities required questions, for how else could we be certain? Let alone the more profound aspects of our existence: love and hope, grief and death.”

“As connected to life as I felt at those funerals, there was a grimmer truth to bear. Not just that we all had to die, but that the world does not pause for death.”

“It wasn’t just the dress that pitted my spirits. I was racked with a sense of unworthiness and resentment. I apologized to Dewey for my mood, and said I didn’t know why I was the one who got the wings. I didn’t ask for them and didn’t want them, and didn’t know what it all meant because it had to mean something.”

“Why did I pass so easily into acceptance? Perhaps it was my allegiance to America, my military oath to orders. Or maybe it was my upbringing in a church that said faith meant to never question, in the way you’d never question a mountain or the position of the stars. All answers were the Lord, nothing evolving or malleable, all despair spun from the centrifugal force of doubt. Or perhaps acceptance lay in my wild yearning to protect Ava Lynn. Or my desire to avenge Mama. Or maybe it was vanity, believing in the midst of all the lies I could be the truth; that I was Seraphine, the savior of the people. Of course, the answer was any and all, which collectively tempered my rationalization that the urgent necessity of my mission deemed it as righteous.”

“Despite the purity of my prayer, an omnipresent concern grew like a tumor inside my brain, for I knew the history of our world was a history of monsters who saw themselves as righteous, blind to the malevolence of their deeds until the ink was dried, their legacy written, too late to be revised.”

“How many would die when the war came here? Throughout history, how many had perished in war? I considered the centuries of dead not shoulder to shoulder, but laid in the earth, striations of corpses, layers of decomposition, incrementally broadening the globe’s diameter, generation by generation, war after war.
Death was the ground beneath us.”

“The entire world was haunted because we were haunted. Every story was now a ghost story.”

“Grief was not like a memory that fades with time. Grief was a demon of possession. When people talked of time healing wounds, they only meant that over time you become accustomed to that demon inside you, and what at first felt like an invasive presence, alien and nefarious, slowly became integrated into your being, the imp of sorrow crouched within you for the remainder of your days.”

Alan Heathcock has won a Whiting Award, the GLCA New Writers Award, a National Magazine Award, has been awarded fellowships from the National Endowment for the Arts, the Sewanee Writers’ Conference, the Bread Loaf Writers’ Conference, the Lannan Foundation, and the Idaho Commission on the Arts. His story collection, VOLT, was a ‘Best Book of the Year’ selection from numerous newspapers and magazines, including GQ, Publishers Weekly, Salon, and the Chicago Tribune, was named as a New York Times Editors’ Choice, and a finalist for the Barnes and Noble Discover Prize. 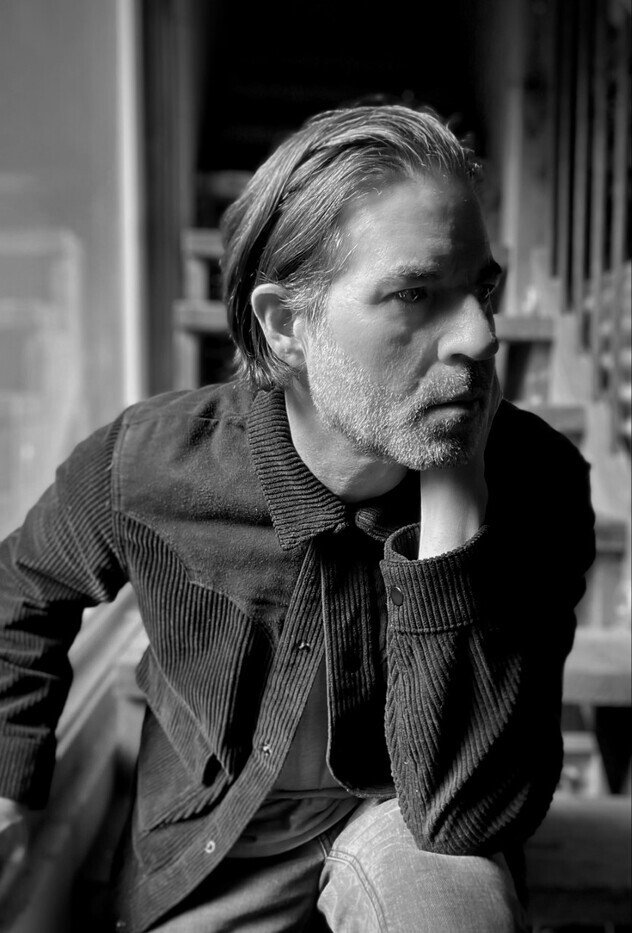