Z: A Novel of Zelda Fitzgerald by Therese Anne Fowler 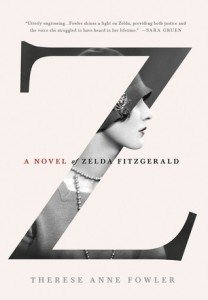 The young Scott Fitzgerald at only twenty-three years of age had been the youngest writer ever to publish a novel with Scribner. He fell in love with the youthful and joyful young southern girl Zelda. It all seemed quite a fairytale arrangement, an officer and a gentleman, youth, fame, and art. The pursuit of his art and his writing life became quite a stumbling block in Zelda’s life especially when she became a mother and found herself having to put opportunities and dreams in her life on hold living under the shade of her husbands fame. Ultimately a price was to be paid, for all the greatness achieved did not go without its casualties with health demise, and a decline in happiness, the beautiful ran along with the damned and doomed in the timeline of the Fitzgerald existence.

There was plenty of love and passion in that Southern woman and while Scott was consumed in ‘The most important book of his life’ and his pursuit of meaning and excellence she found herself wooed by a Latin army officer she found herself attracted away from her husband this daring wife was for a small time in love something she missed, her spark went out for a while with Scott totally engrossed in his obsessive pursuit of greatness.

Many fascinating things around the writers life was learned of in this story I found quite interesting the choosing of name The Great Gatsby among others including.

Among Ash Heaps and Millionaires

On the Road to West Egg

Under the Red White and Blue

Read and learn of the meeting of great writers including Gertrude Stein who was then a fifty-year-old never-married woman an authoritative on modern writing, Zelda’s meeting with Theodore Dreiser and reading his release then of the great new An American Tragedy and her meeting with Thomas Wolfe and her reading of his great story Look Homeward Angel all interesting and inspirational to writers. Her fending off, of men in the form of the peering eyes and hands of Ernest Hemingway and the Ezra Pound scandalous.

Her traveling over continents across oceans in the shade and trail of the famous, of movie stars and the rich and damned in order so that he could acquire his inspiration and complete his writing was a test on her character. His fame on the outside, the great novels, the money, and fame, eventually rotted away his inner being and qualities, and all the while she wanted to succeed on her own but with a child in her care taking up of her dreams was not so easy. She did have a fruitful life of money and bountiful material goods but the Fitzgerald’s after reading this seem more like living the fates written of in The Great Gatsby, Tender is the Night and his other writings of fiction. Scott and Zelda the two artists were ambitious and success driven people, they seemed to have an ill fate over them, a bad blood, a bad curse, that has traveled down their generations and had only one way of exit, in that of death.

I anticipate and wait for the Scott Fitzgerald point of view of this story to come to fruition by this writer or a similarly capable author. I will be re-reading again The Great Gatsby and watching the movie, I will read Tender is the Night and others with more insight and Read Zelda’s novel and short stories, including the authors Thomas Wolfe and Theodore Dreiser all due to this inspirational and captivating insider view into the life of the Fitzgerald’s and especially one great and talented woman an artist of many shades Zelda.

This was a great effort, brilliantly strung together from real lives into a plausible and realistic emotional charged journey, a portrait layered out in words wonderfully. A reader will come away knowing, through seeing and feeling via the author successfully showing in her writing, what it was like to be Zelda Sayre Fitzgerald.

He bowed. “Lieutenant Scott Fitzgerald, hoping to make your acquaintance.” His voice was deeper than I’d expected, with no trace of Alabama or any place Southern.

I pretended to be shocked by his forwardness. “Without a proper introduction?”

“Life is potentially very short these days-and, your latest partner might return at any moment.” He leaned closer. “I’m wiser than I am impetuous or improper, rest assured.”

“Well. General Pershing ought to be consulting you on strategy. I’m Zelda Sayre.” I offered my hand.

“A Gypsy name, from a novel called Zelda’s Fortune.”

He laughed. “A novel, really?”

“What, do you think my mother is illiterate? Southern women can read.”

“No, of course. I’m impressed, is all. A gypsy character-well, that’s just terrific. I’m a writer, you see. In fact I’ve got a novel being read by Scribner’s right now-they’re a New York City publishing house.”

“He danced as well as any of my partners ever had-better, maybe. It seemed to me that the energy I was feeling that night had infused him, too; we glided through the waltz as if we’d been dancing together for years.

I liked his starched, woolly, cologne smell. His height, but five inches taller than my five feet four inches, was, I thought, the exact right height. His shoulders were the exact right width. His grip on my hand was somehow both formal and familiar, his hand on my waist both possessive and tentative. His blue-green eyes were clear, yet mysterious, and his lips curved just slightly upward.

The result of all this was that although we danced well together, I felt off-balance the entire time. I wasn’t used to this feeling, but, my goodness, I liked it.”

“Scott grew a mustache and read Byron and Shelley and Keats, all in preparation, he said, for the task ahead of him. How the mustache would help him write I couldn’t say, and I don’t think he could, either.”

“Believing Europe had turned toxic, or at least toxic for us, we moved to a charming little house in Montgomery, where I would have my family to help me readjust.

Little had changed in the eleven years we’d been away, but for me, everything had changed. I had changed. Freedom from Prangins had been my greatest desire, yet like a slave after emancipation, I wasn’t quite sure how to exist in this quiet, calm, open-ended world, how to be a mother to my cautious daughter, a wife to any man-let alone one as observant and particular as Scott. When he left Scottie and me for an unexpected six-week job in Hollywood for MGM, my moods and my confidence rolled like the ocean in a storm, leaving me seasick, sometimes, and scared. I’d been forbidden to resume ballet-and was so out of condition that I was hardly tempted anyway-so to steady myself I wrote, and I wrote, and I wrote: essays, stories, letters to friends, an article for Esquire, the start of a book.” 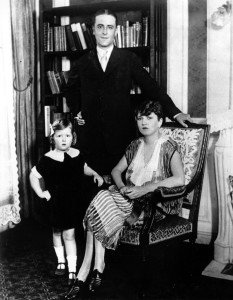 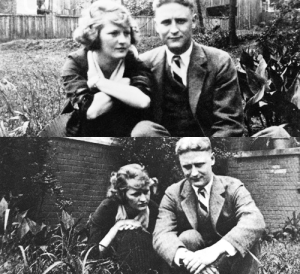 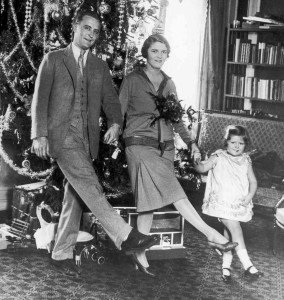 Reviewed by Lou Pendergrast on 25 March 2013