Wounds: Six Stories from the Border of Hell by Nathan Ballingrud 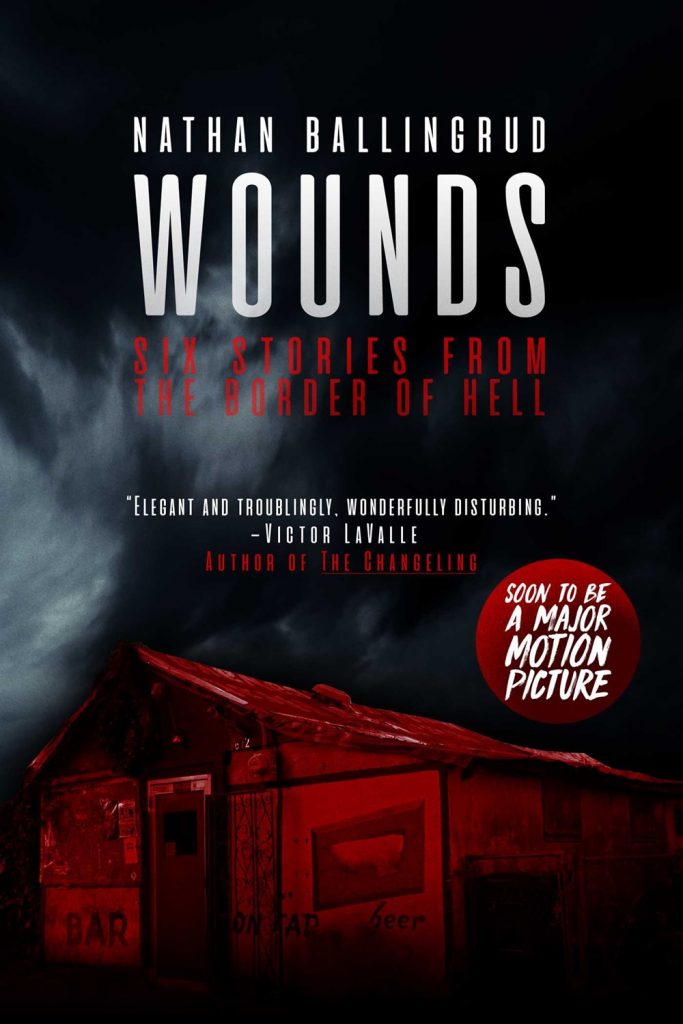 A gripping collection of six stories of terror—including the novella “The Visible Filth,” the basis for the upcoming major motion picture—by Shirley Jackson Award–winning author Nathan Ballingrud, hailed as a major new voice by Jeff VanderMeer, Paul Tremblay, and Carmen Maria Machado—“one of the most heavyweight horror authors out there” (The Verge).

In his first collection, North American Lake Monsters, Nathan Ballingrud carved out a distinctly singular place in American fiction with his “piercing and merciless” (Toronto Globe and Mail) portrayals of the monsters that haunt our lives—both real and imagined: “What Nathan Ballingrud does in North American Lake Monsters is to reinvigorate the horror tradition” (Los Angeles Review of Books).

Now, in Wounds, Ballingrud follows up with an even more confounding, strange, and utterly entrancing collection of six stories, including one new novella. From the eerie dread descending upon a New Orleans dive bartender after a cell phone is left behind in a rollicking bar fight in “The Visible Filth” to the search for the map of hell in “The Butcher’s Table,” Ballingrud’s beautifully crafted stories are riveting in their quietly terrifying depictions of the murky line between the known and the unknown.

“Ballingrud’s work isn’t like any other.”
—Cory Doctorow, Boing Boing

“Nathan Ballingrud is one of my favorite contemporary authors and any time he’s got a new book out I run to the front of the line. His work is elegant and troublingly, wonderfully disturbing.”
– Victor LaValle, award-winning author of THE CHANGELING

“Nathan Ballingrud’s brilliant fiction brims with imagination, integrity (I do not use that term lightly), and an authentic world-weary dread that bores directly into your heart. With Wounds you’ll gladly follow Nathan to Hell and (maybe) back.”
– Paul Tremblay, award-winning author of THE CABIN AT THE END OF THE WORLD and A HEAD FULL OF GHOSTS

A literary gothic grotesque extravaganza extraordinary horror inferno walking living breathing ballads of hell in the narrative.
Consuming stories vividly evoked and careful crafted with arcaneness taken the reader the precipice of malevolence with aspects of an inferno conjured and envisioned by the author.

Four of six for me the most notable.

The Atlas of Hell
Little bookstore in New Orleans, Oleander Books, lurks owner Jack Oleander one connoisseur and acquisitor of books, legally and illegally.
There talk of a book, a guide, not one like the one in that movie with Jonny deep, The Ninth Gate, but a doorway to hell upon the earth summonings and becomings and the arcane emanating violence decay and destruction from its presence not something to be in the hands of evildoers.
Beseeching one to violent impulses and desires a languages of different tongues ones of Hell awaits the doomed in its proximity.

The Diabolist
Possibly an imp, maybe demon or a labourer form another realm.
Spoken things of the unspoken in this tale.
An offering one of a Ballard of hell a token of loyalty and sacrifice.
Possession of denizens of a town to another.

Something wicked this way comes, talk of ghouls, death, rituals, dreams, fairs, charnel houses, with meetings feeling the creepiness and haunting presence narrated in the Church of the Worm to children.
Already on my way to his Hob’s Landing ,what great treats awaiting, what great frights and hauntings.
One best of the six tales.
A hamlet of horrors awaits all serving the maggot.

Ration to irrational
Invisible to visible
Curiosity of the darkness in video and images represents something grotesque and unfathomable.
There is to be a movie adapted from this looking at the trailer and the content in this it will be a gory flick that I hope does not induce shudders and concoct nightmares.
Channels of an irrepressible corruptible kind unleashed with the grotesque, shame, fear, and the bizarre in motion. 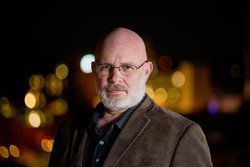 Nathan Ballingrud was born in Massachusetts in 1970, but spent most of his life in the South. He studied literature at the University of North Carolina at Chapel Hill and at the University of New Orleans. Among other things, he has been a cook on oil rigs and barges, a waiter, and a bartender in New Orleans. He now lives in Asheville, North Carolina, with his daughter in an apartment across from the French Broad River.

Reviewed by Lou Pendergrast on 01 April 2019