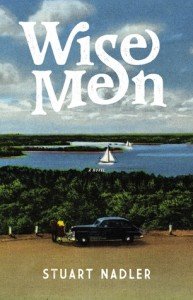 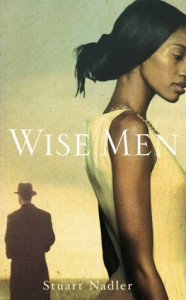 “It’s an absorbing, well-crafted book, with all the story-telling virtues on display. It is atmospheric, thoughtful and mature, with characters whose fate arouses genuine curiosity. It is fiction of great integrity and vast promise.” (Hilary Mantel, Booker-winning author of Bring Up the Bodies and Wolf Hall )

“A tense, evocative, page-turning saga of the bruising encounters between two families across the ‘colour line’ over half a century. Every conversation rings painfully, beautifully true.” (Emma Donoghue, author of Room )

“Wise Men reads like a classic; it is a completely engrossing novel, one that scars the reader’s heart in the most satisfying way. In confident, unpretentious prose, Nadler tackles the complexity of racial tension and fifties mores in a manner reminiscent of Harper Lee and Carson McCullers, and in a smart, misses-nothing style that summons comparisons to Salinger and Cheever. Hilton Wise is a winsome and compelling narrator, one you’ll find yourself rooting for days after finishing the book. Nadler’s deft rendering of place, namely a secluded compound in coastal Massachusetts, allows the reader to become completely lost in Hilly’s world. Wise Men is, at its core, a brutal love story, full of surprise and conviction, insight and deception, staggering wealth and loss, truth and beauty.” (Megan Mayhew Bergman, author of BIRDS OF A LESSER PARADISE )

“Wise Men is a brilliantly plotted and carefully observed novel that takes the reader deep inside a powerful family’s most guarded secrets. An epic saga about a son’s need to atone for the sins of his father and the sins of his own troubled youth. The driving heart of this ambitious novel is an impossible romance: one worth risking an entire outrageous fortune. With wisdom and compassion, Nadler examines the mysteries and manners of unrequited love. Wise Men confirms that Stuart Nadler is a writer of abundant talent and grace.” (Amber Dermont, author of the New York Times bestseller The Starboard Sea )

“Stuart Nadler is an elegant writer and a compelling storyteller. Wise Men explores the big questions in life—love and money and race and identity—in a story packed with secrets, longings, and obsessions. It is not a book to be missed.” (Vanessa Diffenbaugh, author of the New York Times bestseller The Language of Flowers )

“While Stuart Nadler’s ambitious debut novel touches on money, class, race and religion, first and foremost Wise Men is about youth, betrayal and regret. In his idealism and denial, Hilly Wise, the poor little rich boy, is a truly American character, and the perfect narrator for the tale.” (Stewart O’Nan, author of Emily, Alone and The Odds )

“Stuart Nadler’s first novel zooms and dips like an airplane with a trick pilot, one in complete control of his loop-de-loops. I have no doubt that Stuart Nadler is going to be one of our great novelists, and it all starts here, on a dune in Cape Cod, with the Wise men. These characters–knotted together with obligation, guilt, and love–will stay with me always.” (Emma Straub, author of OTHER PEOPLE WE MARRIED and LAURA LAMONT’S LIFE IN PICTURES )

They, the Wises, started with a humble beginning but a fathers ambition to succeed and to propose propelled them to riches, fame and dirty hands. One son wants to be successful on his own without the riches of his father, he wishes to be a great space between riches due to the aid of his fathers money. Money that had been won through deaths, deaths of others, as the story unravels you will see how a family lived and ended through tensions of the era concerned a time where Dr Martin Luther King was assassinated and this one son narrates his life story as he has to face many ugly faces. His heart has a special place for a girl, now a woman he once let fall away from his grasp, can he have his happiness and be with her?
This love unrequited or undeclared needs to be set straight for him against the negatives he faces being that of the fame of his father and being a time of racial tension.
This was a great story. You would find yourself reading on how riches spoils one family and their success marks a downfall for others.

The main character, the narrator tells of his families rise and fall, his own mistakes in his pursuit of a happiness, in his distancing himself from his father, and of what he learned and loved in life.

Written well, time passed fluidly, i was engrossed and wanted to hear more and for it not to end from this family saga.
Memorable cast of characters, captivating and set in a memorable Great Gatsby like fashion, what a great achievement for a debut.

“People love an enemy, and without the Germans or the Japanese, my father was smart to cast Boston Airways the way he did. In an article in the Times later that same summer of 1947, he actually paints it that way. “Left unchecked, this is the biggest threat to civilian safety since the Blitz.”

“I despised him for moving us. This was the beginning of everything for him and me. All of our trouble came from that one decision. And I think he knew it before I did”

“For a long while we drove in silence, up through the Connecticut River Valley. Through Bridgeport, into Stamford and then west, where we crossed the Hudson at Wrens bridge and glided slowly back home. The sun set behind us. I remember it as a spectral sunset, full of heat, like all New England had somehow caught fire. Beyond our car, and my mothers ring, my father owned one suit, two pairs of loafers, a knockoff English wristwatch, and his old service revolver. Everything else, even the food we ate, was brought on credit. Everything in our lives hinged on the idea that his case was impossible to lose.”

“My fathers wealth, I had begun to realise, surpassed what most men considered to be normal. Occasionally, I caught something in his behaviour, or in his posture, that seemed to me to be close to shame: shame for his good fortune, or an accumulated shame for the misfortune of others. His childhood had been lived a hair’s breadth above poverty. And now this. At seventeen I wasn’t sure exactly how wealthy we were. All I knew was that we had started off without anything, the three of us happily striving in our bungalow in New Haven, and now I was driving my father’s Cadillac, opening it up on Route 6, the speedometer climbing as effortlessly as the second hand on my fathers new watch. Beneath my feet the car hummed, and when the transmission shifted, I could feel the possibility in the engine.”

“Also, I wasn’t unaware of how potentially terrifying it might have been for a white man to be making noise on the porch of a black woman in October of 1972, this being the year that George Wallace was shot, the year Angela Davis was acquitted, and the very week a full-fledged race riot had broken out in the cabins of the USS Kitty Hawk. Still, I didn’t want to her to see whatever expression happened to appear on my face-elation at finding her, confusion at seeing that she looked nothing like the girl she had been or, worse, some terrible combination of the two.”

Reviewed by Lou Pendergrast on 21 February 2013