Under A Raven's Wing by Stephen Volk - More2Read

Under A Raven’s Wing by Stephen Volk 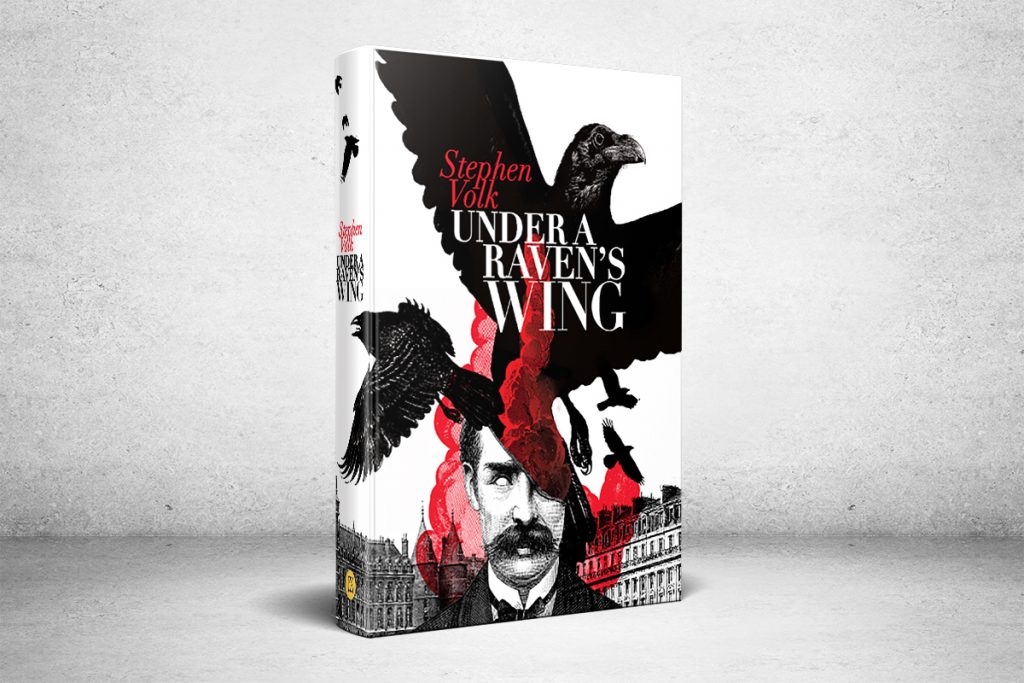 About Under A Raven’s Wing

The Apprenticeship of Sherlock Holmes

In 1870s Paris, long before meeting his Dr Watson, the young man who will one day become the world’s greatest detective finds himself plunged into a mystery that will change his life forever.

A brilliant man—C. Auguste Dupin—steps from the shadows. Destined to become his mentor. Soon to introduce him to a world of ghastly crime and seemingly inexplicable horrors.

The spectral tormentor that is being called, in hushed tones, The Phantom of the Opera . . .
The sinister old man who visits corpses in the Paris morgue . . .
An incarcerated lunatic who insists she is visited by creatures from the Moon . . .
A hunchback discovered in the bell tower of Notre Dame . . .
And—perhaps most shocking of all—the awful secret Dupin himself hides from the world.
Tales of Mystery, Imagination, and Terror

Investigated in the company of the darkest master of all.

Check out this short extract from Stephen Volk’s UNDER A RAVEN’S WING: http://www.pspublishing.co.uk

Stephen Volk was the creator/writer of ITV1’s multi award-winning paranormal drama series Afterlife starring Lesley Sharp and Andrew Lincoln, and the notorious (some say legendary) BBCTV “Halloween hoax” Ghostwatch which spooked the nation, hit the headlines, and even caused questions to be raised in Parliament.

For television, he has written stand-alone scripts for Channel 4’s Shockers strand and BBC1’s Ghosts. He also won a BAFTA in 1998 for his short film script The Deadness of Dad starring Rhys Ifans.

His first collection of crime, horror and science-fiction stories, Dark Corners, was published by Gray Friar Press in 2006, from which his story “31/10” (a sequel to Ghostwatch) was a finalist for both a British Fantasy Award and a Horror Writers Association Bram Stoker Award. More recently his novella “Vardoger” was a finalist for both a Shirley Jackson Award and a British Fantasy Award. His stories have also been chosen for Year’s Best Fantasy and Horror, Best British Mysteries and The Mammoth Book of Best New Horror. He also writes a regular comment piece called “Coffinmaker’s Blues” for the horror magazine Black Static (TTA Press). His acclaimed latest book is the novella “Whitstable” (Spectral Press) was published to coincide with the 2013 Peter Cushing centenary.

Before becoming a full-time writer he worked as an advertising copywriter, notably for Ogilvy Benson and Mather, winning a Silver Lion, IPA Effectiveness in Advertising Award and two D&ADs. Before that, he studied Graphic Design at Coventry College of Art and was a winner of the UNESCO/BBCTV/ICOGRADA/ASIFA International Animated Film Contest for Young People, after which he gained a postgraduate diploma in Radio Film and Television at Bristol University’s Department of Drama.

He was born in Pontypridd, South Wales in 1954, and now lives in Bradford-on-Avon, Wiltshire with his wife, the sculptor Patricia Volk, and a cat he doesn’t like.