To Walk Alone in the Crowd by Antonio Muñoz Molina - More2Read

To Walk Alone in the Crowd by Antonio Muñoz Molina 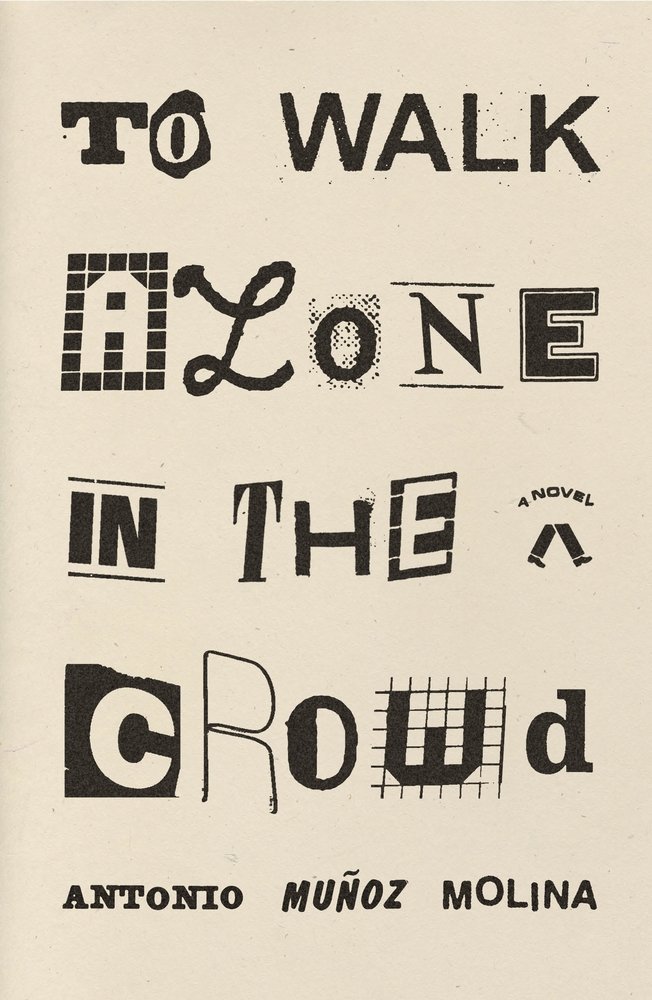 About To Walk Alone in the Crowd:

Translated from the Spanish by Guillermo Bleichmar

Winner of the 2020 Medici Prize

From the award-winning author of the Man Booker Prize finalist Like a Fading Shadow, Antonio Muñoz Molina presents a flâneur-novel tracing the path of a nameless wanderer as he walks the length of Manhattan, and his mind.

De Quincey, Baudelaire, Poe, Joyce, Walter Benjamin, Melville, Lorca, Whitman . . . each a walker and city-dweller, each a collagist and chronicler, picking the detritus of their eras off the filthy streets and assembling it into something new, shocking, and beautiful. In To Walk Alone in the Crowd, Antonio Muñoz Molina emulates these classical inspirations, following their peregrinations as well as telling their stories, in a book that is part memoir, part novel, part chronicle of urban wandering.

A master collagist himself, Molina here assembles overheard conversations, subway ads, commercials blazing away on public screens, snatches from books hurriedly packed into bags or shoved under one’s arm, mundane anxieties, and the occasional true flash of insight—struggling to announce itself amid this barrage of data—into a poem of contemporary life: an invitation to let oneself be carried along by the sheer energy of the digital metropolis.

A denunciation of the harsh noise of capitalism, of the conversion of everything into either merchandise or garbage (or both), To Walk Alone in the Crowd is also celebration of the beauty and variety of our world, of the ecological and aesthetic gaze that can, even now, recycle waste into art, and provide an opportunity for rebirth.

Praise for To Walk Alone in the Crowd:

“[To Walk Alone in the Crowd] allows us to walk through cities even if only in dreams during these times of confinement.”
—Marie Darrieussecq, author of Being Here Is Everything: The Life of Paula Modersohn-Becker

Antonio Muñoz Molina is the author of more than a dozen novels, including In the Night of Time, Sepharad, and Like a Fading Shadow. He is the recipient of numerous prizes and awards, including Spain’s National Narrative Prize, the Planeta Prize, and the Príncipe de Asturias Prize. He has been a full member of the Royal Spanish Academy since 1995. He lives in Madrid and New York City.