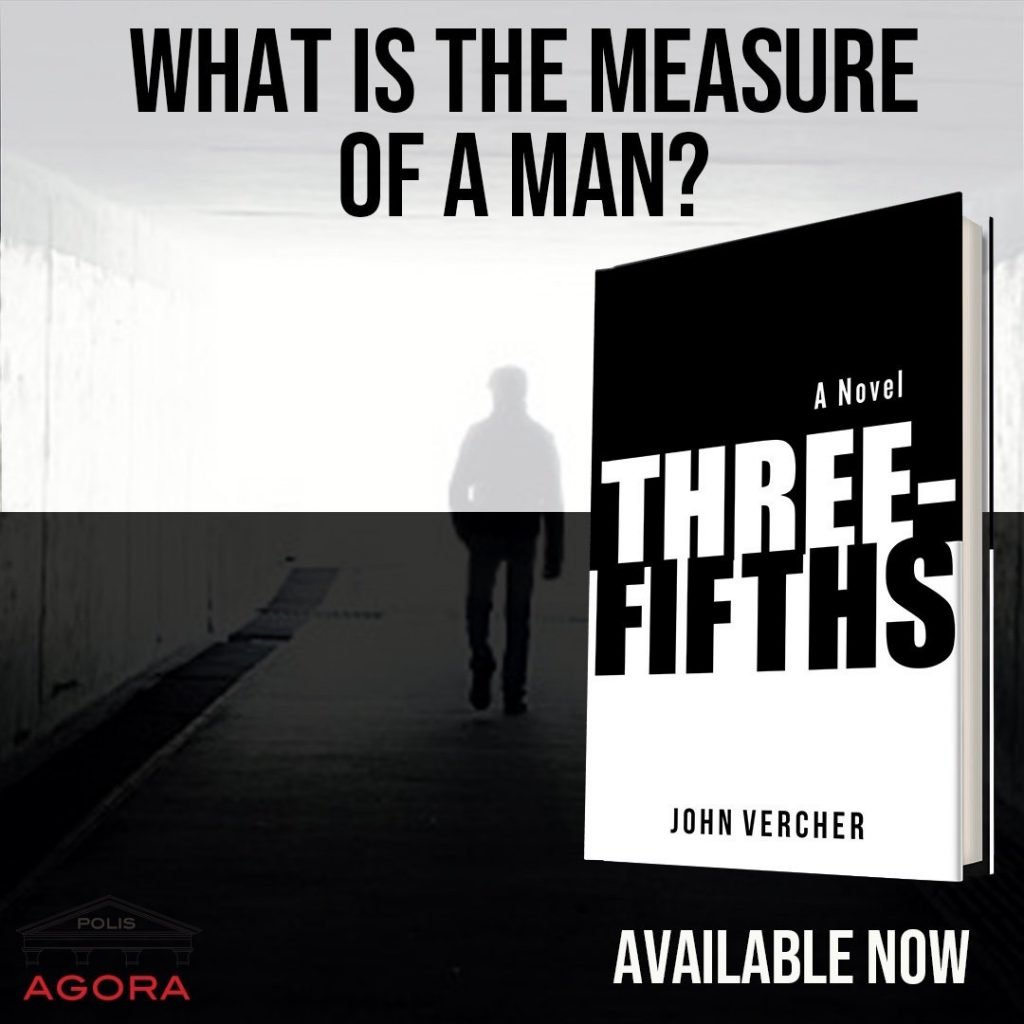 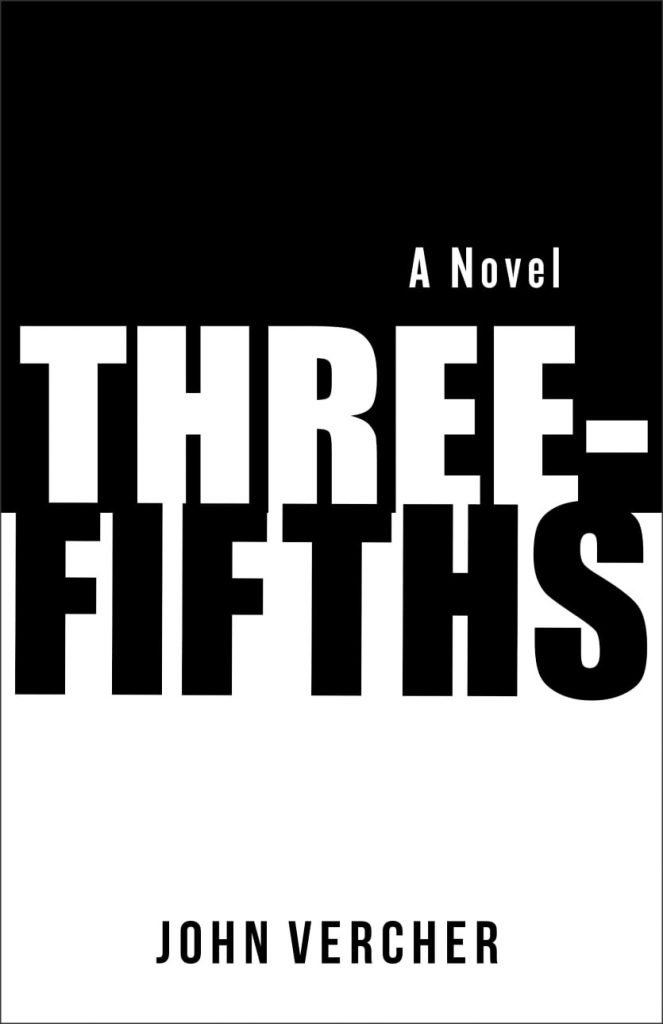 A compelling and timely debut novel from an assured new voice: Three-Fifths is about a biracial black man, passing for white, who is forced to confront the lies of his past while facing the truth of his present when his best friend, just released from prison, involves him in a hate crime.

Pittsburgh, 1995. The son of a black father he’s never known, and a white mother he sometimes wishes he didn’t, twenty-two year-old Bobby Saraceno has passed for white his entire life. Raised by his bigoted maternal grandfather, Bobby has hidden the truth about his identity from everyone, even his best friend and fellow comic-book geek, Aaron, who has just returned home from prison a newly radicalized white supremacist. Bobby’s disparate worlds crash when, during the night of their reunion, Bobby witnesses Aaron mercilessly assault a young black man with a brick. Fearing for his safety and his freedom, Bobby must keep the secret of his mixed race from Aaron and conceal his unwitting involvement in the crime from the police. But Bobby’s delicate house of cards crumbles when his father enters his life after more than twenty years, forcing his past to collide with his present.

Three-Fifths is a story of secrets, identity, violence and obsession with a tragic conclusion that leaves all involved questioning the measure of a man, and was inspired by the author’s own experiences with identity as a biracial man during his time as a student in Pittsburgh amidst the simmering racial tension produced by the L.A. Riots and the O.J. Simpson trial in the mid-nineties.

“Vercher’s first novel gets Agora Books, a new imprint dedicated to diverse crime fiction, off to a fast start…Vercher builds strong, multifaceted characters with bold strokes and using the tools of noir to present what is finally a full-blown tragedy. This powerful exploration of race and identity pairs well with Steph Cha’s superb Your House Will Pay (2019).”
—Bill Ott, Booklist

“Vercher deftly explores identity and the ethics of accountability in this debut. Fans of realistic social issue narratives will be immersed in the moral dilemmas of this timely novel.”
—Library Journal

“Feverishly entertaining. Resoundingly important. A book treading this kind of ground should not be able to move this fast. THREE-FIFTHS is an honest, fearless page-burner. Vercher is a writer to watch.”
-David Joy, author of THE LINE THAT HELD US

“John Vercher has achieved what few others have: he has swung open a door that others either knew was there and feared what was behind it, or acknowledged what was there and falsely nullified its deceptions and dangers. This is a crime story that masterfully, beautifully, ingeniously reveals the duplicity of racial psychology and the far-reaching violence it spawns on the American landscape.”
—Stephen Mack Jones, author of the AUGUST SNOW thriller series

“In THREE-FIFTHS, John Vercher uses an explosive act of violence to tell a very harrowing, very relevant story about race, but also family and friendship and masculinity-and all the dangers that come with those things. Keep your eye on Vercher- any writer who comes out of the gate this strong is bound for great things.”
-Rob Hart, author of THE WAREHOUSE and the ASH MCKENNA crime series

“A brilliant page turner. John Vercher is a gifted new voice in the crime fiction genre; I can’t wait to see what he does next.”
-Sujata Massey, author of THE WIDOWS OF MALABAR HILL

“If a book can be both difficult to read and impossible to put down, it’s this book. You should read books that challenge you. This is such a book.”
-Matt Coleman, BookRiot

The story unravels in that year when OJ Simpson was in the courts for murder, with one young man out in the streets, after doing some time in jail for drug dealing, he’s drunk paired up with buddy since back in the day, both out reunited, with a bite to eat in store amongst other actions, conflict in the tale with bad turns, bad moves, spinning things into one helluva evening.

Relevant and potent tale full of character and compelling elements, with a dose of needed human drama and tragedy in framework of fiction. Become an interloper of American dreams askew, fiction narrative dealing with important social and personal things, Identity, race, and inner-city struggles, and that good old fierce pull of blood, family, at core of this tale, broken family, broken lives, in need of mending.
There is Russian doll telling here, a story within a story, there is the crime, but there is the inner and the outer, the other story, the heart at battle with itself great aspect to it.
A memorable meaningful thrilling debut novel. 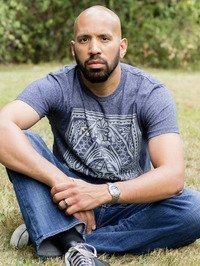 John Vercher is a writer currently living in the Philadelphia area with his wife and two sons. He holds a Bachelor’s in English from the University of Pittsburgh and an MFA in Creative Writing from the Mountainview Master of Fine Arts program. His fiction has appeared on Akashic Books’ Mondays are Murder and Fri-SciFi. and he is a contributing writer for Cognoscenti, the thoughts and opinions page of WBUR Boston. Two of his essays published there on race, identity, and parenting were picked up by NPR, and he has appeared on WBUR’s Weekend Edition. His non-fiction has also appeared in Entropy Magazine. You can find him on his website www.johnvercherauthor.com and on Twitter at @jverch75.