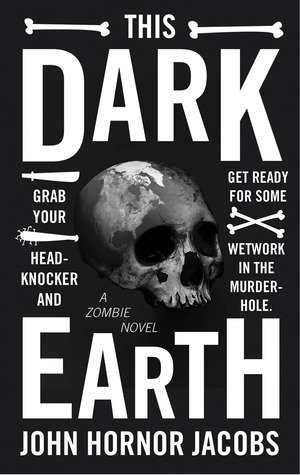 The land is contaminated, electronics are defunct, the ravenous undead remain, and life has fallen into a nasty and brutish state of nature. Welcome to Bridge City, in what was once Arkansas: part medieval fortress, part Western outpost, and the precarious last stand for civilization. A ten-year-old prodigy when the world ended, Gus is now a battle-hardened young man. He designed Bridge City to protect the living few from the shamblers eternally at the gates. Now he’s being groomed by his physician mother, Lucy, and the gentle giant Knock-Out to become the next leader of men. But an army of slavers is on its way, and the war they’ll wage for the city’s resources could mean the end of mankind as we know it.
Can Gus become humanity’s savior? And if so, will it mean becoming a dictator, a martyr . . . or maybe something far worse than even the zombies that plague the land?

“This smart addition to the zombie genre is heroic and strangely hopeful, championing the unyielding human drive for justice and civilization.” – Publishers Weekly

“This Dark Earth is a smart, thoughtful look at the end of humanity that delivers horrifying detail packed with an emotional resonance. It’s The Road meets World War Z. Deftly written, with eloquent prose peppered with crisp, dark humor, Jacobs crafts a chillingly believable tale that transcends genre fiction and manages to do what I long for whenever I sit down to read a book: make me wish I’d written it.”
– Scott G. Browne, author of Breathers and Lucky Bastard

“A savage gut-punch of a tale, lurching hellbent to a spectacular showdown ending unparalleled in the zombie canon.”
– Sophie Littlefield, author of Aftertime and Rebirth

“This Dark Earth is, quite simply, the best zombie novel I’ve read in years. Breathes some much-needed new life into the dead.”
– Brian Keene, best-selling author of The Rising and Ghoul

Let me lay all the cards on the table and let me tell it to you a straight and simple way of what we have here before us. In this story John Hornor Jacobs has put before us a case of the good, the bad and the ugly!

The Good = a mum and her son and a father = courageous, survivors and fighters.

The Bad   = the Slavers = enslave women and men, selfish and want to control the living.

The Ugly  = the Shamblers = the undead, cannibals and ugly.

The scene is set the desolate earth the dark earth of ruin and destruction. The options are quite simply, the fates set before the characters in this story are

Or be of the undead.

One thing or sure is only the ones that are wise or strong and have perseverance will survive.

The story opens with a scene of macabre and anarchy in an hospital clinic overrun by people eating themselves. We learn of one brave and likeable woman here Dr. Lucy and we walk with her for quite some time as she witness the world go to shit and fall.

The authors successfully leaves you hanging on at the end very sentence hooked and engrossed with anticipation on what will happen next right from the first page till the end.

His writing style is smart and really nailed the right words short and sweet sentences and immerses you right in the thick of the story.

They all fell victim to a virus that caused seizures and….cannibalism.

Then there was an explosion and large mushroom clouds.

The must be some people to rise and converge and preserve some humanity, goodness, community and a possible light in this dark earth that has arisen!

A new King, Queen and Prince shall rise from the forsaken desolate bloodstained earth.

To protect and serve those in need a monarchy of daring courageous and spunky individuals shall I do hope be preserved and survive the darkest days set before them in this story.

“They passed a pileup in the left lane. Mangled cars. People on the ground, some bleeding. Some contorting. Some spasming. Some were already upright. Revivified and shambling. Zombies.”

“The cloud we walk underneath is the same. It’s hideous and by turns. The mushroom rises behind us in the east. Before us, the setting sun smears the sky with color. The interstate is a long thread through burning pine-woods. We’re higher up than the rest of the land, a little. A delta. Without the world being set afire, it’d be muggy and we’d be swarmed with Mosquitos. Chalk up one point in favor of nuclear annihilation. No more skeeters.”

“The world loves the tomato because it is red. The apple is red too. But the tomatoes flesh is the flesh of mankind.
We will never know. But I have my suspicions.” 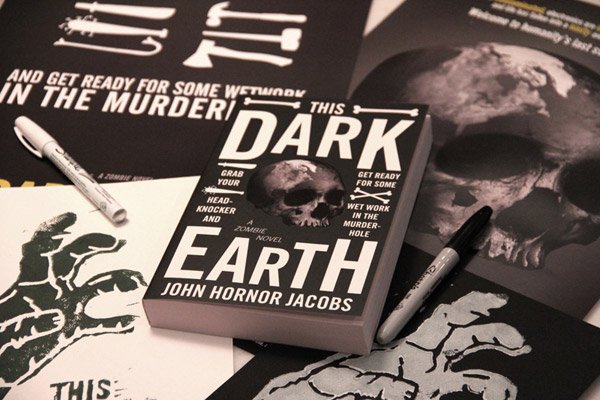