The White Darkness by David Grann 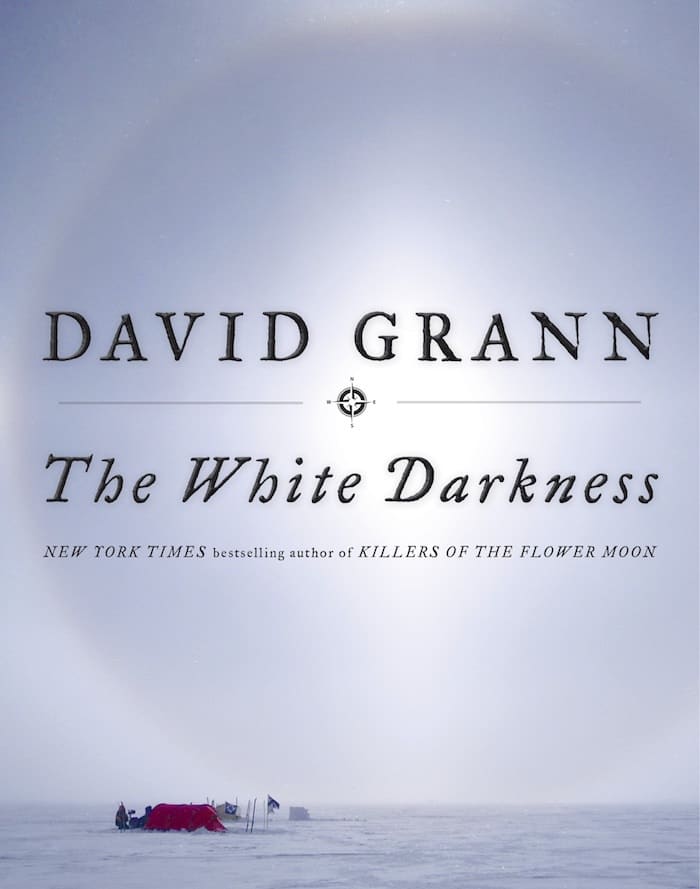 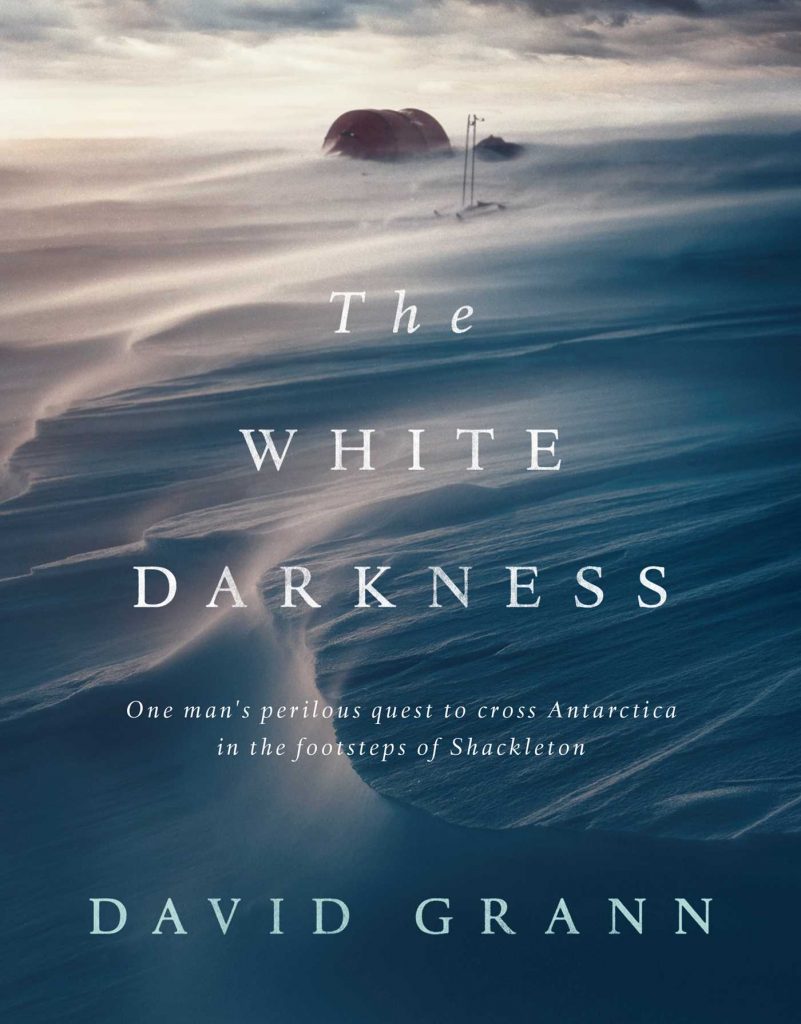 By the #1 New York Times bestselling author of Killers of the Flower Moon, a powerful true story of adventure and obsession in the Antarctic, lavishly illustrated with color photographs

Henry Worsley was a devoted husband and father and a decorated British special forces officer who believed in honor and sacrifice. He was also a man obsessed. He spent his life idolizing Ernest Shackleton, the nineteenth-century polar explorer, who tried to become the first person to reach the South Pole, and later sought to cross Antarctica on foot. Shackleton never completed his journeys, but he repeatedly rescued his men from certain death, and emerged as one of the greatest leaders in history.

Worsley felt an overpowering connection to those expeditions. He was related to one of Shackleton’s men, Frank Worsley, and spent a fortune collecting artifacts from their epic treks across the continent. He modeled his military command on Shackleton’s legendary skills and was determined to measure his own powers of endurance against them. He would succeed where Shackleton had failed, in the most brutal landscape in the world.

In 2008, Worsley set out across Antarctica with two other descendants of Shackleton’s crew, battling the freezing, desolate landscape, life-threatening physical exhaustion, and hidden crevasses. Yet when he returned home he felt compelled to go back. On November 13, 2015, at age 55, Worsley bid farewell to his family and embarked on his most perilous quest: to walk across Antarctica alone.

David Grann tells Worsley’s remarkable story with the intensity and power that have led him to be called “simply the best narrative nonfiction writer working today.” Illustrated with more than fifty stunning photographs from Worsley’s and Shackleton’s journeys, The White Darkness is both a gorgeous keepsake volume and a spellbinding story of courage, love, and a man pushing himself to the extremes of human capacity.

Within the pages of The White Darkness you will find a true narrative of Henry Worsley, a man in possession of grit, fortitude, and never giving up.
All clearly layered out by a writer that does these tellings of lives, complexities, and struggles, so well.
He defines Henry Worsley’s great character up against the Antartica, the white darkness a test of it and his life.
“As is true of many adventurers, he seemed to be on an inward quest as much as an outward one—the journey was a way to subject himself to an ultimate test of character.”
Empowerment reading within.
In that blanket of whiteness, the endless white into the beyond, treading through freezing conditions with no clear sign of end, onwards with sheer determination.
This is a biographical read but also a motivational and a self-help read, that lets the read empathically understand that everyone have their own Antarctica to battle, to see through, to adopt fortitude, and fight through disappointment and failure, and persevere through.
David Grann has written many great works on lives and roads, tales of adventure against odds, and this exceptional work pieces together research and great photos contributed by Worsley’s wife, Joanna.
A biography that may stay close to you heart and mind, whilst in warmth and comforts, and reflecting upon one mans survival against the bitter extremes of cold.

“Success is not final, failure is not fatal: it is the courage to continue that counts.”

Tennyson’s poem “Ulysses”: “To strive, to seek, to find, and not to yield.”

Robert Browning: “I hold that a man should strive to the uttermost for his life’s set prize.”

“You are sitting on a large white plate looking out to the edge and I would draw myself back up into the sky and into space and look down and think of myself as this atom on an ice cube in the middle of nowhere.”

“The man, whose name was Henry Worsley, consulted a G.P.S. device to determine precisely where he was. According to his coordinates, he was on the Titan Dome, an ice formation near the South Pole that rises more than ten thousand feet above sea level. Sixty-two days earlier, on November 13, 2015, he’d set out from the coast of Antarctica, hoping to achieve what his hero, Ernest Shackleton, had failed to do a century earlier: to trek on foot from one side of the continent to the other. The journey, which would pass through the South Pole, was more than a thousand miles, and would traverse what is arguably the most brutal environment in the world. And, whereas Shackleton had been part of a large expedition, Worsley, who was fifty-five, was crossing alone and unsupported: no food caches had been deposited along the route to help him forestall starvation, and he had to haul all his provisions on a sled, without the assistance of dogs or a sail. Nobody had attempted this feat before.”

“Worsley was a retired British Army officer who had served in the Special Air Service, a renowned commando unit. He was also a sculptor, a fierce boxer, a photographer who meticulously documented his travels, a horticulturalist, a collector of rare books and maps and fossils, and an amateur historian who had become a leading authority on Shackleton. On the ice, though, he resembled a beast, hauling and sleeping, hauling and sleeping, as if he were keeping time to some primal rhythm.”

“He had studied with devotion the decision-making of Shackleton, whose ability to escape mortal danger was legendary, and who had famously saved the life of his entire crew when an expedition went awry.”

“I became mesmerized by the extraordinary levels of hardship these men were prepared to endure,” Worsley later wrote in a book, “In Shackleton’s Footsteps,” which was published in 2011. “Shackleton had become more than a hero to me,” he noted. “I looked upon him as a mentor. I was going into the business of leading men and as a nineteen-year-old, new to his trade, I believed that there was no better example to follow than his.”

“In an age preoccupied with human mastery—over companies, battlefields, bureaucracies, and, most of all, oneself—Shackleton was revered for the way he had recruited and managed his men, coolly guiding them to safety. His conduct was studied by entrepreneurs, executives, astronauts, scientists, political strategists, and military commanders. An entire subgenre of self-help literature devoted to analyzing his methods emerged, books with titles like “Leading at the Edge: Leadership Lessons from the Extraordinary Saga of Shackleton’s Antarctic Expedition.”

Reviewed by Lou Pendergrast on 28 October 2018