The Unnamed Country by Jeffrey Thomas 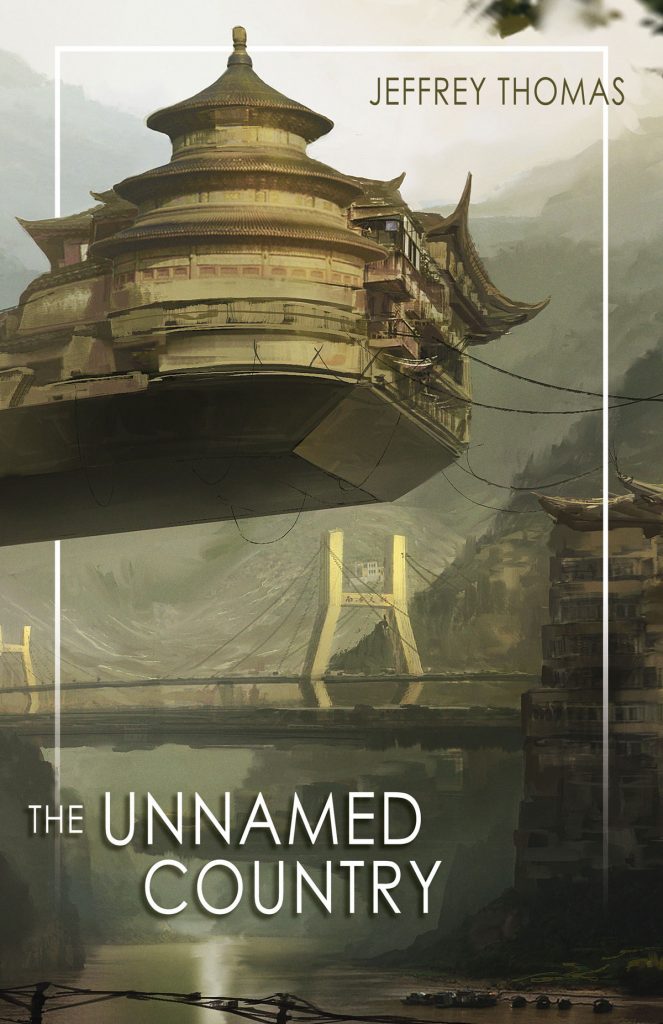 “Other countries have conquered us over our long history, and sometimes they changed our name. Hundreds of years ago, our Emperor Tho tried to think of ways to protect his country from being attacked again, after he managed to drive out the last invaders. And he knew he had to change the name his enemies had given to his country. Then Tho had an idea… a way to keep other people from wanting to come here and steal his empire. He would hide it from their eyes, and their minds, and the eyes and minds of any demon lords who might try to bring more bad luck to his empire. So he gave our land the name it has to this day.”
“And what name is that?”

From Jeffrey Thomas, creator of Punktown, comes The Unnamed Country, a mosaic novel weaving tales of a land and people poised between the ancient traditions of the past and the burgeoning technology of the future. Where devils, gods, and ghosts still haunt the land, and where you may just discover a unicorn.

Jeffrey Thomas is the creator of the science fiction setting Punktown, in which many of his stories are based. His other work includes the novels Boneland and Subject 11, and the short story collections The Endless Fall and Haunted Worlds. His novel Monstrocity was a finalist for the Bram Stoker Award, and his novel Deadstock a finalist for the John W. Campbell Award.