The Truth and All Its Ugly by Kyle Minor

The Truth and All Its Ugly by Kyle Minor 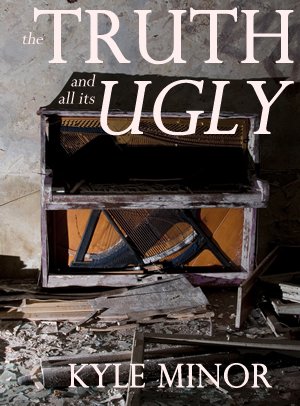 A father and son relationship in the future 2024, where suddenly at the sons age of fifteen their bond together strengthens due to some bizarre violent behavior that they share. As time passes it makes you think that if maybe it he stopped at a certain place and advised his son otherwise all could have turned out better.
He finds joy in seeing his son, in his theory, man up and be tough and aggressive he says in the story..
“It was pure joy, watching him lift that ace and drive it into that piano. Up until then his head was always in books or that damn computer.”

Due to body pains the father takes methadone, but he snorts it and when the son catches eye of this he tries some. That probably was a contributing factor to his behavior going off the edge. Some new events take place because of knowledge that comes to light, matters become very grim.
The father soon realizes that whats done is done and there is no second chance, once they are grown up and events have taken place there’s no going back. The past can’t be undone. There could be also a lesson on raising sons here for fathers.

A nice well done short story that is tragic and shocking, the author keeps you reeled in and delivers a different twist to the story.
Purchase >>>The Truth and All Its Ugly: A Short Story