Book Review: The Shadows We Hide by Allen Eskens - More2Read

The Shadows We Hide by Allen Eskens 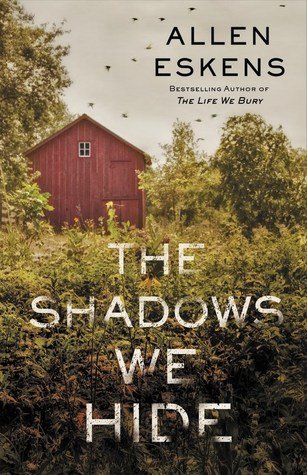 In the highly-anticipated sequel to the national bestseller The Life We Bury, Joe Talbert returns to investigate the murder of the father he never knew, and to reckon with his own family’s past.

Joe Talbert, Jr. has never once met his namesake. Now out of college, a cub reporter for the Associated Press in Minneapolis, he stumbles across a story describing the murder of a man named Joseph Talbert in a small town in southern Minnesota.

Full of curiosity about whether this man might be his father, Joe is shocked to find that none of the town’s residents have much to say about the dead man-other than that his death was long overdue. Joe discovers that the dead man was a loathsome lowlife who cheated his neighbors, threatened his daughter, and squandered his wife’s inheritance after she, too, passed away–an inheritance that may now be Joe’s.

Mired in uncertainty and plagued by his own devastated relationship with his mother, who is seeking to get back into her son’s life, Joe must put together the missing pieces of his family history– before his quest for discovery threatens to put him in a grave of his own.

Praise for The Shadows We Hide:

“The Shadows We Hide is a riveting novel about one man’s search for his father becomes a perilous journey into a labyrinth of deceit and lies. Eskens vividly renders how small towns try to keep their secrets, and how sometimes they cannot.”
-Ron Rash, author of Serena

“Whether you like mysteries with surprise endings and terrific twists or you are a reader who never reads a mystery, but loves literary novels that explore the emotions that bring families together or tear them apart, you will want to read Allen Eskens’s excellent novel, The Shadows We Hide.”
-Phillip Margolin, New York Times bestselling author of The Third Victim

“The search for the father is a favorite theme of authors and one that is perfectly suited to the detective story form. Allen Eskens has drawn an intricate and intriguing search map full of sharps turns and returns. Suspenseful, revealing, clear-eyed, and brightly told, The Shadows We Hide is a real experience, page to page to end page.”
-Fred Chappell

“After following the exploits of Homicide Detective Max Rupert for a few books, Eskens returns Joe Talbert (from “The Life We Bury”) to the spotlight as he investigates the murder of a man (who may or may not be his father) in rural Minnesota. Joe’s now a reporter for the Associated Press, which allows him to get into some tight spots when using his press credentials for more than he should. Turns out Joe Sr. (known as Toke) wasn’t exactly well liked by the residents of Buckley (pretty much everyone hated him) and the plot centers around who killed Toke, why, and whether Joe is in line to inherit a substantial inheritance (if he lives that long). Joe’s relationship with neighbor-turned-serious live-in girlfriend Lila has some nicely complex moments, particularly when dealing with Joe’s mother (including some well written sections about her addiction issues) and his desire to never have contact with her again and with their care of Joe’s autistic brother Jeremy. Strong characterization and believable plot make this a really solid read!”
-David Wolff, Content Bookstore (Northfield, MN)

“Eskens returns to Joe, Lila, and Jeremy from his debut in this intriguing novel. Joe, after revealing a big scandal in one of his stories, learns about the death of a man with the same name as him. Seeing an opportunity, he travels to a small town to investigate. There, he gets caught up in more than he bargained for. Full of surprises about the investigation and the people in Joe’s life, you don’t want to miss this one from a talented writer.”
-New Hanover County Public Library

The lives people lead
The lives people have
The secrets people bury
The shadows people hide
He was a child born out of wedlock, without knowledge of his father, with a shadow of illegitimacy and inferiority cast over him, a dead father and alive stepsister comes to his knowledge and a search for murderer and truth behind lives and a father he wants to know more about, with some money possible to inherit, and the whole dysfunctionality of the family uncovered in this narrative.
He has a brother with autism to take care of, one he won legal care of from his mother.
A mother he would rather never talk to again is injected into the unraveling events with the unspoken, he needs to tread carefully with a terrible parent, and confrontation with bad things from the past of his family, ones whom have troubles with alcoholism and drug addiction.
The first person narrative reels you in with a empathically told self discovery of a good man amongst many bad men and women, forgiveness and setting aright bad things of past with truths revealed, all hooking reader on with a great read, there are tragedies within, death, love, family, and trust all in the weight of things strung out with smooth lucid prose.
A must-read book reminiscent of Ron Rash and Daniel Woodrell’s storytelling themes. 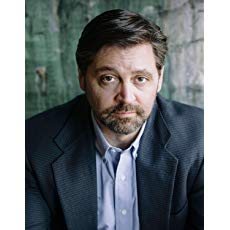 Allen Eskens grew up in the wooded hills of Missouri and, after high school, migrated north to pursue his education. He acquired a Bachelor of Arts in journalism from the University of Minnesota, and a Juris Doctorate from Hamline University School of Law. He honed his creative writing skills in the M.F.A. program at Minnesota State University and took classes at the Iowa Summer Writing Festival and the Loft Literary Center in Minneapolis.
Reviewed by Lou Pendergrast on 17 November 2018