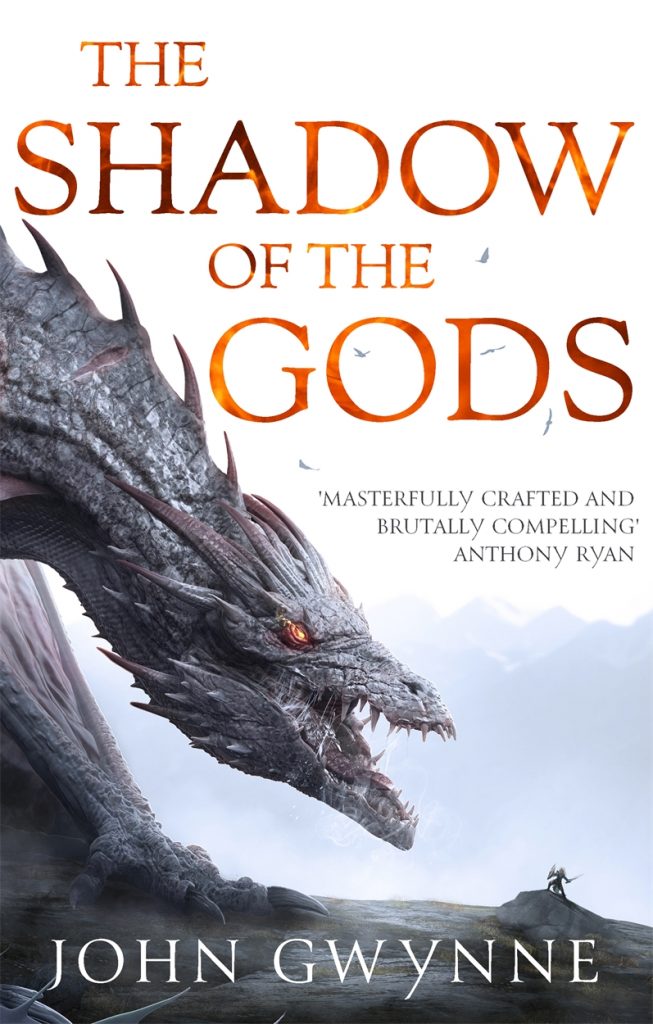 About The Shadow of the Gods

THE GREATEST SAGAS ARE WRITTEN IN BLOOD.

A century has passed since the gods fought and drove themselves to extinction. Now only their bones remain, promising great power to those brave enough to seek them out.

As whispers of war echo across the land of Vigrið, fate follows in the footsteps of three warriors: a huntress on a dangerous quest, a noblewoman pursuing battle fame, and a thrall seeking vengeance among the mercenaries known as the Bloodsworn.

All three will shape the fate of the world as it once more falls under the shadow of the gods.

Set in a brand-new, Norse-inspired world, and packed with myth, magic and bloody vengeance, The Shadow of the Gods begins an epic new fantasy saga from bestselling author John Gwynne.

Praise For The Shadow of the Gods

A duly exciting start to the series
-Publishers Weekly

A masterclass in storytelling. It is epic, gritty fantasy with an uncompromising amount of heart. A near-perfect combination of Vikings and Cornwell’s The Last Kingdom, but with a fantastical flare that Gwynne executes flawlessly
-FanFiAddict

Quintessential Gwynne honed to perfection, sharpened to a deadly edge and it does NOT disappoint. For new readers enjoy your first time experiencing Gwynne as he is a magnificent storyteller of gritty and grim fantasy that is full of heart. For old and new readers alike, simply, you are in for a treat as The Shadow of the Gods is absolutely stunning, one hell of an epic series opener and a spectacular dose of Viking-flavoured fantasy.
-The Tattooed Book Geek

Reminds me of all that I love in the fantasy genre. The Shadow of the Gods is an action packed cinematic read. It feels historically authentic, Viking-esque, yet wonderfully fantastical too. A tale of monsters and magic, Gods and legends, friendship and oaths, blood and vengeance – Gwynne has certainly done it again, if not raised the bar even higher
-Fantasy Hive

A brilliant Norse-influenced fantasy that grabs you from the first page and never lets go. Another dazzling epic story from a true master
-Out of This World SFF Reviews

John Gwynne studied and lectured at Brighton University. He’s played double bass in a rock ‘n’ roll band and travelled the USA and Canada. He is married with four children and lives in Eastbourne, where he is part of a Viking re-enactment group. When not writing, he can often be found standing in a shield wall with his three sons about him. His dogs think he is their slave. 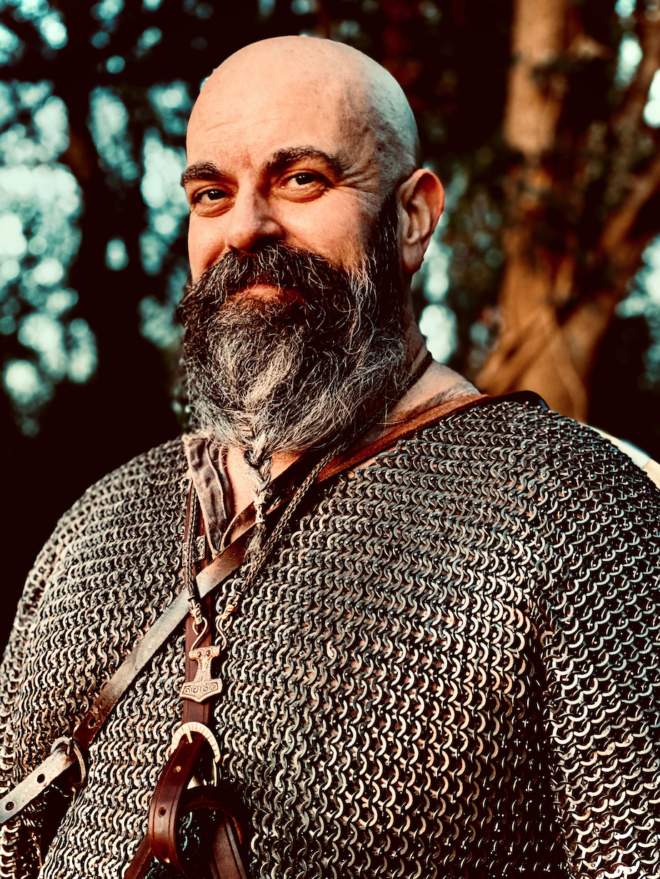