The Rust Maidens by Gwendolyn Kiste 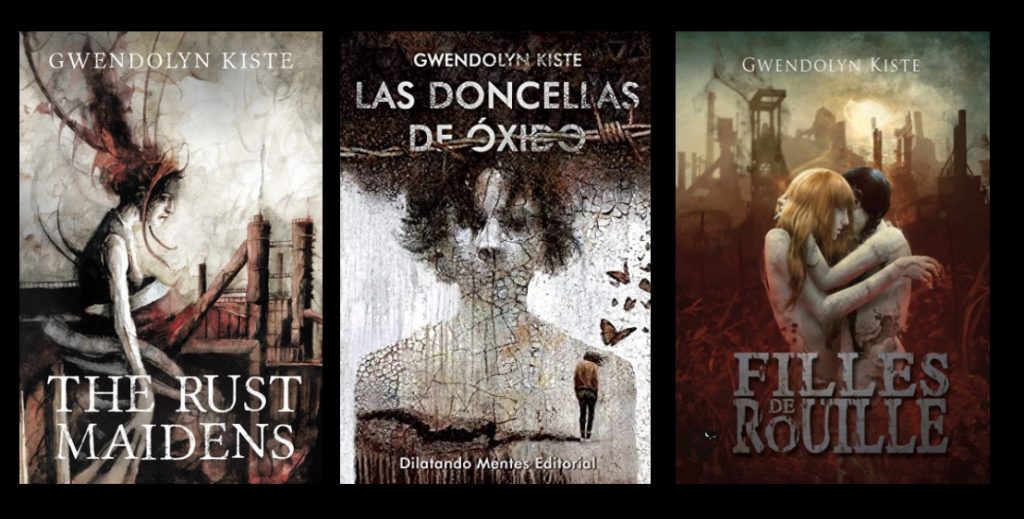 About The Rust Maidens:

Something’s happening to the girls on Denton Street.

It’s the summer of 1980 in Cleveland, Ohio, and Phoebe Shaw and her best friend Jacqueline have just graduated high school, only to confront an ugly, uncertain future. Across the city, abandoned factories populate the skyline; meanwhile at the shore, one strong spark, and the Cuyahoga River might catch fire. But none of that compares to what’s happening in their own west side neighborhood. The girls Phoebe and Jacqueline have grown up with are changing. It starts with footprints of dark water on the sidewalk. Then, one by one, the girls’ bodies wither away, their fingernails turning to broken glass, and their bones exposed like corroded metal beneath their flesh.

As rumors spread about the grotesque transformations, soon everyone from nosy tourists to clinic doctors and government men start arriving on Denton Street, eager to catch sight of “the Rust Maidens” in metamorphosis. But even with all the onlookers, nobody can explain what’s happening or why—except perhaps the Rust Maidens themselves. Whispering in secret, they know more than they’re telling, and Phoebe realizes her former friends are quietly preparing for something that will tear their neighborhood apart.

Alternating between past and present, Phoebe struggles to unravel the mystery of the Rust Maidens—and her own unwitting role in the transformations—before she loses everything she’s held dear: her home, her best friend, and even perhaps her own body.

Do you have a gash “weeping tears the color of smog”?
The Rust Maidens do.

A life told by Phoebe Shaw in a psychology poignant coming of age tale of union and becoming, disunion and destruction, with the friendship of the girls in Denton street Cleveland, with choices, transformations, and dreams askew.

She had a treehouse, she felt safe there once and safety she seeks out again along this road with complexities and the dilemma Phoebe is in “I’m nowhere and everywhere at once, suspended in between. Desperate to choose.”

Reading a few works now of this author, I feel like a voice with mixed combinations of Anne Rice, Joyce Carol Oates and Margaret Atwood, I could be wrong but just a thought whilst reading.

“ “As long as you keep your grades up,” my mother said, not realizing that these bugs were better than grades. They were my dreams, fluttering to life in the plastic-draped hothouse. This was the only future I could imagine: raising insects in quiet places. Their lives made more sense to me than people’s did. They never quarreled needlessly, and they never excluded someone just for fun. They were decent and gentle and the closest to kind that anything could be, and they followed comforting patterns—sometimes to the day, sometimes even to the hour. Eating, sleeping, reproducing: their lives were all mapped out for them.”

“I went walking. Around and around the neighborhood, part of me convinced if I made enough loops on this street, I could set the world straight, and Jacqueline would come with me. Or better yet, maybe if I could take the right number of steps in precisely the proper order, everything would balance out and the Rust Maidens wouldn’t exist at all. They’d simply be normal girls in a normal neighborhood.”

”It’s a familiar tale, and not just on this street, not just the Rust Maidens. Girls vanish all over. Odd girls, forgotten girls, runaways, the ones nobody cares about. She’ll be another tally mark. There are too many places in the world that never stop tallying loss.”

Gwendolyn Kiste is the Bram Stoker Award-winning author of The Rust Maidens, from Trepidatio Publishing; And Her Smile Will Untether the Universe, from JournalStone; the dark fantasy novella, Pretty Marys All in a Row, from Broken Eye Books; and the occult horror novelette, The Invention of Ghosts, from Nightscape Press. Her short fiction and nonfiction have appeared in Nightmare Magazine, Tor’s Nightfire, Vastarien, Black Static, Daily Science Fiction, Unnerving, Interzone, and LampLight, as well as Flame Tree Publishing’s Gothic Fantasy series, among others.

Originally from Ohio, she now resides on an abandoned horse farm outside of Pittsburgh with her husband, two cats, and not nearly enough ghosts. You can also find her online at Facebook and Twitter. 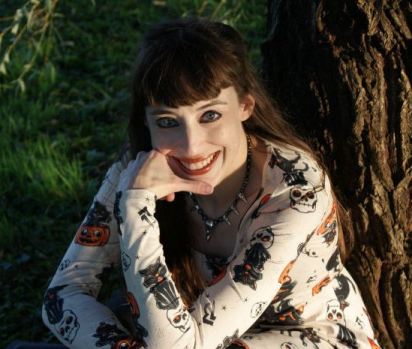 Reviewed by Lou Pendergrast on 21 February 2021