The River by Peter Heller 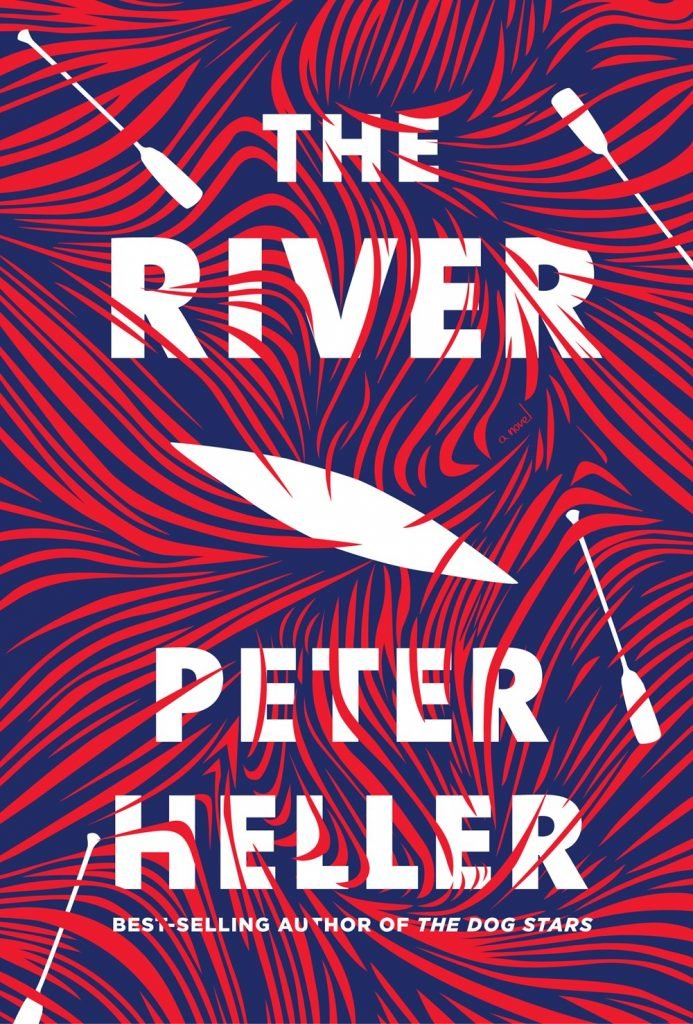 From the best-selling author of The Dog Stars, the story of two college students on a wilderness canoe trip—a gripping tale of a friendship tested by fire, white water, and violence

Wynn and Jack have been best friends since freshman orientation, bonded by their shared love of mountains, books, and fishing. Wynn is a gentle giant, a Vermont kid never happier than when his feet are in the water. Jack is more rugged, raised on a ranch in Colorado where sleeping under the stars and cooking on a fire came as naturally to him as breathing. When they decide to canoe the Maskwa River in northern Canada, they anticipate long days of leisurely paddling and picking blueberries, and nights of stargazing and reading paperback Westerns. But a wildfire making its way across the forest adds unexpected urgency to the journey. When they hear a man and woman arguing on the fog-shrouded riverbank and decide to warn them about the fire, their search for the pair turns up nothing and no one. But: The next day a man appears on the river, paddling alone. Is this the man they heard? And, if he is, where is the woman? From this charged beginning, master storyteller Peter Heller unspools a headlong, heart-pounding story of desperate wilderness survival.

Praise for The River:

“Two college friends’ leisurely river trek becomes an ordeal of fire and human malice… Heller confidently manages a host of tensions…and his pacing is masterful as well, briskly but calmly capturing the scenery in slower moments, then running full-throttle and shifting to barreling prose when danger is imminent… Fresh and affecting… An exhilarating tale delivered with the pace of a thriller and the wisdom of a grizzled nature guide.”
–Kirkus (Starred Review)

“Suspenseful… With its evocative descriptions of nature’s splendor and brutality, Heller’s novel beautifully depicts the powers that can drive humans apart—and those that compel them to return repeatedly to one another.”
–Publishers Weekly

“Heller once again chronicles life-or-death adventure with empathy for the natural world and the characters who people it. He writes most mightily of the boys’ friendship and their beloved, uncompromising wilderness, depicting those layers of life that lie far beyond what is more commonly seen.”
–Booklist

They will need a sat phone on this expedition, these two men with their Kevlar nineteen-footer along river and land.
An adventure that had been sent on a detour and sabotaged and with their experience in this field as wilderness instructors they may still not be ready for this test of their lives in the wilderness.

In the wilderness against the elements, endurance and patience needed and ones preservation of mind, as tiredness and lack of foods and cold take their grip along the river rapids, through the terrible beauty of land and water, at times unflinching and unforgiving, a tale of survival against the odds against desolation like that of the Deliverance by James Dickey.

A must-read captivating tale that moves like the sea fluid, with great prose that will hold you hostage to the page with the careful crafted and vested interest with the characters contained till the end of their journey, of safety or death.

“Wynn was a straight-up arts major who took a lot of courses in comparative literature, particularly French. Jack was engineering and supremely comfortable in the language of mathematics, but for the rest of his courses he took anything to do with poetry or novels, and he had especially adored American literature from the beginning.”

“One thing they talked a lot about on that first hike was Louis L’Amour. Once they’d discovered they were both avid readers and had gotten over their shyness about it they began to reel off authors and books, what was good about them and bad, what they loved. It was a breathless conversation, and not only because they were hauling ass down the north side of Mount Madison. And then they were both relieved to find that the other was not at all a literary snob. The classics and the canon were one kind of animal, but sometimes a trashy yarn that ran headlong with no pretensions was just as good. Or at least as fun. And so they could admit that they’d both read probably every Louis L’Amour pulp western extant, even the ones that mysteriously appeared years after he died.”

“Why was he thinking of home? Because he wanted to be there, right now. This trip they’d looked forward to all year had taken a turn. That was okay. That’s what adventures were all about: dealing with unforeseen dangers. And when you were with a friend as solid as Jack, there might be nothing better. But this was different. He sat in the wavering heat and felt the low sky raking overhead just beyond the firelight and he smelled rain. He hoped it held off. He hoped the sense he had of things slipping toward disaster would blow away like the clouds.”

“Probably. It was probably about two, two thirty right now; the man might be waiting for the magic ambush hour of four a.m., the hour used by police and assassins and generals worldwide, the dead of night, insomniacs’ bane, the Portal. He’d always thought of it that way: that there were portals in reality, in time and space, in geography, in seasons, when and where the dead or the very far away rubbed up against the living. It was in that hour or two before dawn, when the slip of ruddy moon was sinking like a lightship over the mesa at home, that he would hear his mother singing. That he would call to her and she would answer back in a voice as quiet as those lights.”

“They paddled. The sun rose and burned almost crimson through the smoke that lay over the eastern horizon like a weather front, not even visible as sun until halfway to the zenith, and even then it was a hot red disk that looked more like some molten planet than a star. All along the cut banks were the scribed traces in damp earth where embedded roots had been, blackened and forking lines like some inscrutable calligraphy. The topography revealed was desolate. So much of the country had been covered in lichen and moss sometimes feet thick, and it had all burned away in the night, and the underbrush, the fireweed and willows, all that was left was seared dirt and bedrock, the black spears of trees, sepulchral, and without the woods there was the much longer view, the slight rising and falling of ground in every direction, the humps of eskers mostly bare of stumps, the folds where creeks had run, dry as if boiled off. Not fun, Wynn thought. The earth stripped to its geography did not feel like home.” 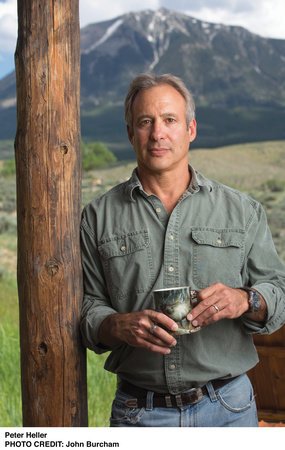 Peter Heller is the national best-selling author of Celine, The Painter, and The Dog Stars. The Painter was a finalist for the Los Angeles Times Book Prize and won the prestigious Reading the West Book Award, shared in the past by Western writers such as Cormac McCarthy and Terry Tempest Williams, and The Dog Stars, which was published to critical acclaim and lauded as a breakout bestseller, has been published in twenty-two languages to date. Heller is also the author of four nonfiction books, including Kook: What Surfing Taught Me About Love, Life, and Catching the Perfect Wave, which was awarded the National Outdoor Book Award for Literature.

He holds an MFA from the Iowa Writers’ Workshop in poetry and fiction and lives in Denver, Colorado.