The Prophet by Michael Koryta

The Prophet by Michael Koryta 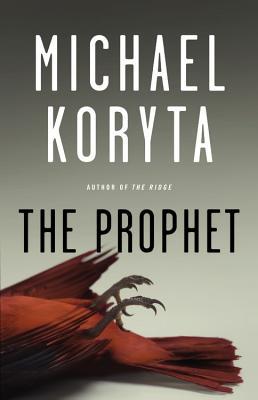 “Somehow, Michael Koryta gets better with every book, no small feat considering the quality of those he’s already written. Here’s a writer for the new century, one to read, admire and, yes, envy.” (Tom Franklin, author of Crooked Letter, Crooked Letter )

PRAISE FOR THE PROPHET:

“Michael Koryta is an amazingly talented writer, and I rank The Prophet as one of the sharpest and superbly plotted crime novels I’ve read in my life.” (Donald Ray Pollock, author of Knockemstiff and The Devil All the Time )

“The Prophet is a relentless, heart-in-your-throat thriller about ordinary people caught in the middle of an extraordinary nightmare.” (Dennis Lehane )

“Friday Night Lights meets In Cold Blood in this powerful tale…It’s a brilliantly paced thriller that keeps its villains at a tantalizing distance, a compelling family portrait, a study in morality that goes beyond the usual black-and-white judgments, and an entertaining spin on classic football fiction. A flawless performance.” (Kirkus )

Kent Austin a coach of a football team and is brother Adam Austin, a bail bondsman, are two main characters from this story.
Coach is a family man who walks with prayers in mind and hopes he has conquered vengeance with forgiveness and offered redemption for the guilty.
Their kin had been murdered in the past and a recent murder with possible links to people near him, bring the past back into the present scope of things. He’s a mentor of sorts to his band of men but he himself and his prayers are to be put to their greatest test.

The bondsman is the vengeance wing of the brothers and he will dish death at the point of a bullet without remorse he likes a more solid and macabre approach forgiveness is not a used word in his vocabulary used since their sisters death. He does become a likeable character as the story unfolds.

This story is different from the recent two of this authors that I have read. Cypress house and So Cold the River are both atmospheric and supernatural thrillers. This is more a realistic crime thriller with a noir feel to it, a struggle of two men, two brothers fates and personal plights in tow. What keeps you reading and makes this a good read is the need for an outcome and resolution to whole matter and for guilty to be found.

“On Sunday morning, Adam rose with motion in his mind.
Something he knew he’d have to admit from the start-he wasn’t a detective. Had never been police, had never worked as a PI despite holding the license, had never built an investigation into any sort of crime, let alone something as complex as a homicide. But what he was, what he’d devoted his adult life to becoming, was a hunter. And this was a hunt. His challenge now was not only to do a job for which the police were far better prepared and equipped, but also to do it faster.
Speed and pressure. He had to find ways to apply them.
He was as good as anyone at finding people who were trying to hide. The problem was that he always knew his targets. Not just their names but personal information, a sense of their lives, of who they were. That helped the hunt. In this situation, he had absolutely none of that, and it threatened to freeze him, a bloodhound being told to start the search without being offered an initial scent. How in the hell did you begin?”