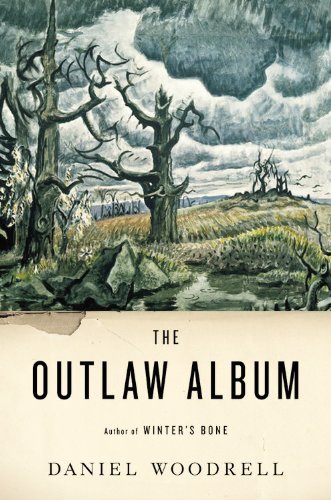 Daniel Woodrell is able to lend uncanny logic to harsh, even criminal behavior in his wrenching first collection of short fiction. Desperation–both material and psychological–motivates his characters. A husband cruelly avenges the murder of his wife’s pet; an injured rapist is cared for by a young girl, until she reaches her breaking point; a disturbed veteran of Iraq is murdered for his erratic behavior; an outsider’s house is set on fire by an angry neighbor.

There is also the tenderness and loyalty of the vulnerable in these stories–between spouses, parents and children, siblings, and comrades in arms–which brings the troubled, sorely tested cast of characters to vivid, relatable life. And, as ever, “the music coming from Woodrell’s banjo cannot be confused with the sounds of any other writer” (Donald Harington, Atlanta Journal Constitution)

These are stories of the darkness of the heart, in which he writes so well about. He has conjured up a motley crew of characters here, some you will find are brutal and dysfunctional. Immerse yourself in the bleak and black abyss as dark as sin itself. There is also tenderness and loyalty in these stories between husbands and wives, parents and children, brothers and sisters, and comrades in arms.
His prose is unique. Characters memorable.

The stories that stood out for me more for their darkness and characters are these that follow.

The Echo of Neighborly Bones
It’s nice to have good neighbors. In this story it’s not the case, plus one is a foreigner a northerner to the main protagonist. And oh boy does he dish out violence and brutality. But you got to say he had it coming.

Uncle
A tale of retribution. An evil uncle who abuses one too many girls gets payback at the hands of a niece.

Florianne
Florianne is Henrys daughter he tells us of her gone missing or probably dead. He is hoping to find her and suspects all, in a paranoid way, as guilty who give slightly different look of the eye.

Dreamspot
A dysfunctional couple driving along spot a hitch hiker and decide to stop. Something irreversible happens.

Reviewed by Lou Pendergrast on 09 November 2011