The Old Man and the Sea by Ernest Hemingway - more2read.com

The Old Man and the Sea by Ernest Hemingway 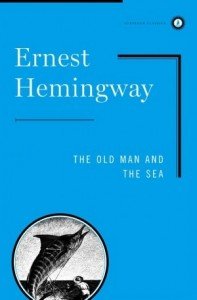 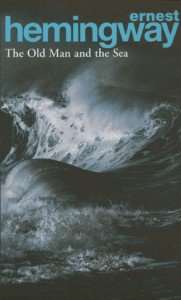 The Old Man and the Sea is one of Hemingway’s most enduring works. Told in language of great simplicity and power, it is the story of an old Cuban fisherman, down on his luck, and his supreme ordeal—a relentless, agonizing battle with a giant marlin far out in the Gulf Stream. Here Hemingway recasts, in strikingly contemporary style, the classic theme of courage in the face of defeat, of personal triumph won from loss. Written in 1952, this hugely successful novella confirmed his power and presence in the literary world and played a large part in his winning the 1954 Nobel Prize for Literature.

The sparse and simple prose can make this a read that does not stir much within some readers. There is though another angle to this story in that it is one mans challenge and struggle with his will to win, with stubbornness or pride, to be not be defeated.
The narrative covers well in the ins and outs of fishing, the feeling of old age and the wanting and reminiscing of youth.

He has a yearning for the boy in himself from his youth and so seems to want to be with the boy character in this story in when he set sails to fish, but in the end finds himself talking to himself and the nature around him.
He has the pre-sea scene mode of dreaming of being a boy and illusions of youth but once at sea he wrestles with his reality of age and pride, his youth is far behind him.

To sum the story up, the old man sets out with a mission, pride drives him to try succeed but he fails and is punished, he returns achieving humility through regret.

Reviewed by Lou Pendergrast on 02 December 2012