The Ocean at the end of the lane by Gaiman

The Ocean at the End of the Lane by Neil Gaiman 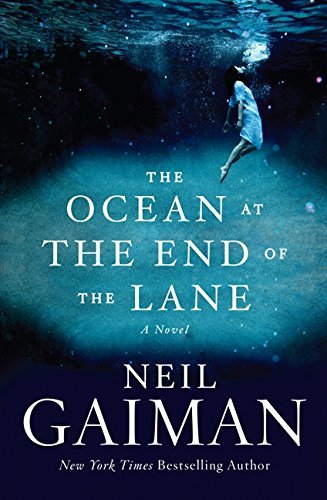 No words wasted.
No scene or character dull.
Vivid dreamlike storytelling.
Magical and mysterious.
Darkness and light.
Friendship and loss.
Sacrifice and adventure.

Kids roaming the farmland with things going awry.
Neil Gaiman, the conjurer of many tales that capture the human need for myriad souls in adventure, of youth, and good versus evil.
An easy read tale of the right length with a cinematic feel that plays out in the readers mind and possibly remain for time thereafter.
Things that came, went, and were left behind.
Youth and peril, coming of age and choices to be made with good and bad in the balance.
One not to miss.

“But standing in that hallway, it was all coming back to me. Memories were waiting at the edge of things, beckoning me. Had you told me that i was seen again, i might have half believed you, for a moment.”

“And it wasn’t the sea. It was the ocean.
Lettie Hempstock’s ocean.
I remembered that, and remembering that, i remembered everything.”

“I was not happy as a child, although from time to time i was content. I lived in books marathon i lived anywhere else.”

“Lettie cooked us pancakes on a big metal griddle, on the kitchen stove. They were our thin, and as each panic was done, Lettie would squeeze lemon on to it, and plop a blob of plum jam into the centre, and roll it tightly, like a cigar. When there were enough, we sat at the kitchen table and wolfed them down.”

“I have dreamed of that song, of the strange words to that simple rhyme-song, and on several occasions i have understood what she was saying, in my dreams. In those dreams i spoke that language too, the first language, and i had dominion over the nature of all that was real. In my dream, it was the tongue of what is, and anything spoken in it becomes real, because nothing said in that language can be a lie. It is the most basic building brick of everything. In my dreams i have used that language to heal the sick and to fly; once i dreamed i kept a perfect little bed and breakfast by the seaside, and to everyone who came to stay with me i would say, in that tongue, ‘Be whole,’ and they would become whole, not be broken people, not any longer, because i had spoken the language o shaping.
And because Lettie was speaking the language of shaping, even if i did not understand what she was saying, i understood what was being said. The thing in the clearing was being bound to that place for always, trapped, forbidden to exercise its influence on anything beyond its own domain.”

“I wondered, as i wondered so often when i was that age, who i was, and what exactly was looking at the face in the mirror. If the face i was looking at wasn’t me, and i knew it wasn’t, because i would still be me whatever happened to my face, then what was me? And what was watching?’

“I went away in my head, into a book. That was where i went whenever real life was too hard too inflexible. I pulled down a handful of my mother’s old books, from when she was a girl, and i read about schoolgirls having adventure in the 1930s and 1940s.”