The Night and The Music by Lawrence Block - more2read.com

The Night and The Music by Lawrence Block 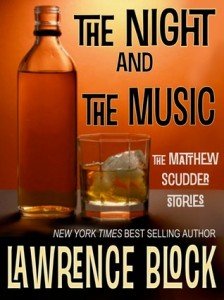 Buy from Amazon.co.uk or Amazon.com The Night and The Music

The Night and The Music by Lawrence Block

In these stories Matt Scudder looks back to his days as a patrolman and then a detective with the NYPD. If you never read a book in the Matt Scudder series this would be a good place to start and get a glimpse into his turbulent life. Block writes so well with this protagonist Matt a straight cut guy that has gathered many long time fans over the years. I found the short stories enjoyable and the mark of a crafted writer is apparent with stories that are light, enjoyable and easy to read through.

The first story Out of The Window has a nice little case of veritgo, well it seems Matt has a case of height fears like me, that old palpitations and dizziness you get when heights are in the picture. He needs to solve a case of a jumper a local dame he knows on the simplest terms, who was a waitress in a cafe he frequents. Suicide or murder?

The second story A Candle for The Bag Lady involves a local lady nicknamed the bag lady. She gets murdered and Matt finds himself on her will which is a strange occurrence. He digs deeper to find out that maybe she was acting pre-emptively, in needing of his services. Anyway he can’t let this one go, he must find the bag ladies killer. Some locals thought she was one that didn’t count and just a ghost in the community but her death proved she was a legacy, a character that made a Mark in peoples lives.

Batman’s Helpers a story back when he and some patrolmen had to clean the streets of illegal merchandise. All the Batman shirts and goodies that were copyrighted and had not permission to be made was being taking out of circulation. Fold up your tables and quit shop.

In The Night and The Music, also the title of the collection, you wil find Matt and his wife reminiscing. Back in the days he used to local the Jazz bar all-night drinking. This time round they went to the Opera and revisited the Jazz bar where he did not drink alcohol.

The short story form has I hope been revived with the arrival of ebook technology.
Matt Scudder Debuts in The Sins of the Fathers (Matthew Scudder #1) by Lawrence Block
View all my reviews

Reviewed by Lou Pendergrast on 08 October 2011