Book Review: The Line That Held Us by David Joy - More2Read

The Line That Held Us by David Joy 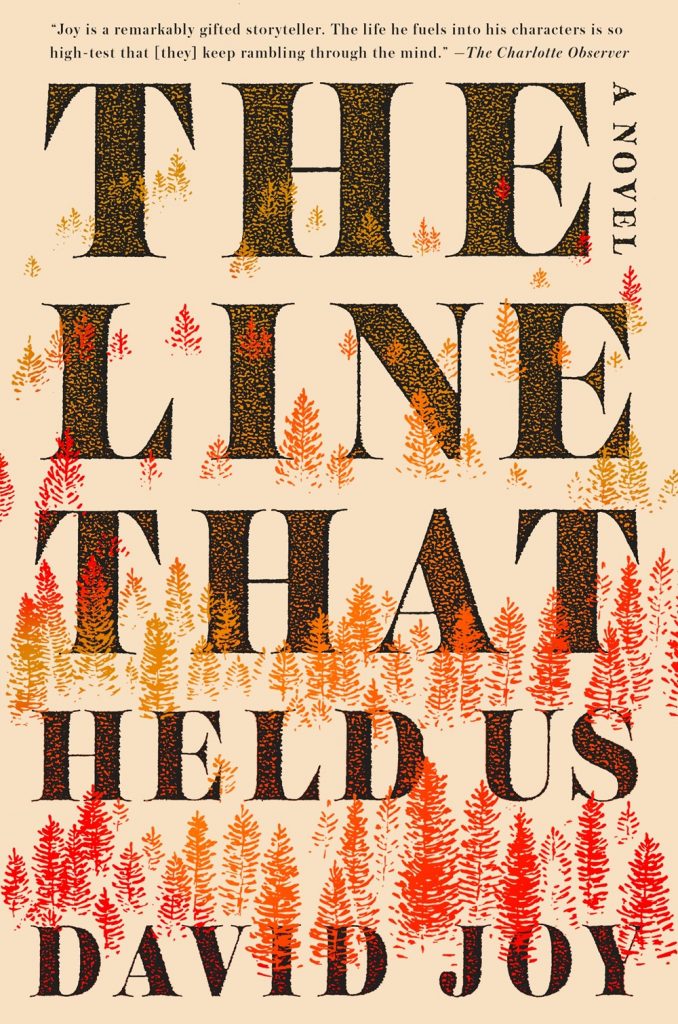 From critically acclaimed author David Joy comes a remarkable novel about the cover-up of an accidental death, and the dark consequences that reverberate through the lives of four people who will never be the same again.

When Darl Moody went hunting after a monster buck he’s chased for years, he never expected he’d accidentally shoot a man digging ginseng. Worse yet, he’s killed a Brewer, a family notorious for vengeance and violence. With nowhere to turn, Darl calls on the help of the only man he knows will answer, his best friend, Calvin Hooper. But when Dwayne Brewer comes looking for his missing brother and stumbles onto a blood trail leading straight back to Darl and Calvin, a nightmare of revenge rips apart their world. The Line That Held Us is a story of friendship and family, a tale balanced between destruction and redemption, where the only hope is to hold on tight, clenching to those you love. What will you do for the people who mean the most, and what will you grasp to when all that you have is gone? The only certainty in a place so shredded is that no one will get away unscathed.

Praise for The Line That Held Us:

“David Joy’s novel brought me to my knees. Exquisitely written and heart-wrenching, it reminded me of Faulkner in its dark depiction of family loyalty — that “old fierce pull of blood.” . . . Joy’s descriptions are lyrical and lingering. . . . In the end, the line that holds Joy’s characters may be fraught and frayed, but its pull is fierce.”
— Minneapolis Star Tribune

“Joy has proved adept with southern noir in his first two novels, and he nails it again here, in the actions of characters who act as they must, for the sake of family and friendship, given their nature. This is fiction as beautiful and compelling as it is searing.”
— Booklist

“Joy pulls no punches in this stark and violent examination of sacrifice and suffering. . . . The paranoia that builds alongside Dwayne’s and Calvin’s troubled rumination [culminates] by the end in the powerful possibility of collective redemption. Fans of Frank Bill and Cormac McCarthy will enjoy this gritty thriller.”
— Publishers Weekly

“Poverty, class, violence, addiction, isolation: No one writes about the issues facing rural America as clearly, as fairly, or as well as David Joy. The Line That Held Us plumbs the depths of friendship and family, uncovering truths that are stamped on the page with blistering realism.”
— Wiley Cash, author of The Last Ballad

The ties that bind and then broken, lines crossed in an act of violence, premeditated or accidental. All tied along, hearts at conflict with itself in this captivating retribution southern noir tale. A rural redemption narrative, lyrical tied together terribleness and beauty in a line that can hold many with a hook in the narrative, where does the line end and the violence stop?

“Darl knew the man shouldn’t have been there the same as him. This was Coward land, and they were both trespassing; two poachers who shouldn’t have been there, but right there they were. There they were, one of them gone form this world, and the other facing it in its enormity. While he crouched there on hands and knees, dumbstruck as a child, is mind washed between astonishment and terror.”

“As soon as he saw the dark purple birthmark covering the right side of the man’s face, Darl knew him. Carol Brewer, who everyone called Sissy, lay stone?cold dead on the bracken?laced ground. Darl had known Carol all his miserable life, a half?wit born to a family that Jesus Christ couldn’t have saved. Some people believed Carol’s daddy, Red, might’ve been the devil himself. There was a meanness that coursed through him, a meanness that was as close to pure evil as any God?fearing man had ever known. Carol was the runt of the family and, by most accounts, the only one who ever had a chance. Some thought if he’d been able to get out from under the wings of his father and older brother, Dwayne, he might’ve been all right, but things didn’t work out that way, and Carol wound up being as much trouble as the lot of them.”

“Buggies were banging and lights were flashing and cash registers were beeping and kids were wrestling a Halloween blow?up ghost decoration that was meant to stand in a front yard and the sheer madness of it was enough to send any sane person into a seizure, but Dwayne didn’t have a care in this world. He strutted right through the middle of the chaos, smiling because it was Friday and he had a wad of cash in his pocket from pawning five stolen chain?saws and a flat?screen TV.”

“Dwayne understood that his brother was not meant for this place, that some people were born too soft to bear the teeth of this world. There was no place for weakness in a world like this. Survival was so often a matter of meanness.”

Reviewed by Lou Pendergrast on 07 August 2018