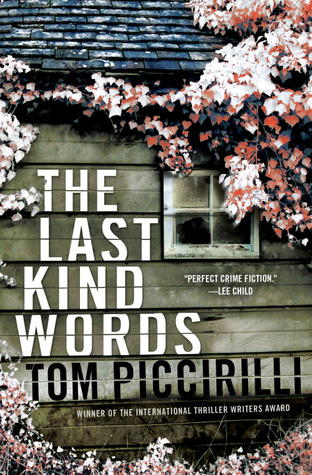 From International Thriller Writers Award winner and Edgar Award nominee Tom Piccirilli, this mesmerizing suspense novel explores the bonds of family and the ways they’re stretched by guilt, justice, and the chance for redemption.

Raised in a clan of small-time thieves and grifters, Terrier Rand decided to cut free from them and go straight after his older brother, Collie, went on a killing spree that left an entire family and several others dead. Five years later, only days before his scheduled execution, Collie contacts Terry and asks him to return home. He claims he wasn’t responsible for one of the murders—and insists that the real killer is still on the loose.

Uncertain whether his brother is telling the truth, and dogged by his own regrets, Terry is drawn back into the activities of his family: His father, Pinsch, who once made a living as a cat burglar but retired after the heartbreak caused by his two sons. His cardsharp uncles, Mal and Grey, who’ve recently incurred the anger of the local mob. His grandfather, Old Shep, who has Alzheimer’s but is still a first-rate pickpocket. His teenage sister, Dale, who’s flirting with the lure of the criminal world. And Kimmy, the fiancée he abandoned, who’s now raising a child with his former best friend.

As Terry starts to investigate what really happened on the day of Collie’s crime spree, will the truth he uncovers about their secrets tear the Rands apart?

Walking the razor-sharp edge between love and violence, with the atmospheric noir voice that is his trademark, The Last Kind Words demonstrates why Tom Piccirilli has become a must-read author.

This story involves kin and crimes. Two brothers one incarcerated awaiting a needle of death. He has murdered eight people, a family of five on vacation, a gas-station attendant, an old lady beaten to death and a young woman strangled in a park. He killed them with no real motive mindless and senseless actions. His brother on the outside is also a thief and tries to piece together his brothers killing of one young girl and other girls recently murdered. He must get to the truth amongst the corruption present.
The brother finds himself watching out for his wayward sister who is in with the wrong crowd and chasing leads on recent murders. He has a hard time as he and his family are known for being career criminals it’s in their blood.
As his grandfather once told him, “You’re born thieves, it’s your nature, handed down to me, handed down from me. This is our way.”

As you follow the story to a closing discovery of truth I found at times the story was good but I wanted more. I have loved Piccirilli’s recent novellas and they had a real hook and good pace this longer version a novel just was missing a hook an element to the story that could really make it that much better. A good story with characters that grow on you and the writing was presented in a nice a easy reading style. This story is more a reflection on our loved ones those that have fallen in the pursuit of happiness.