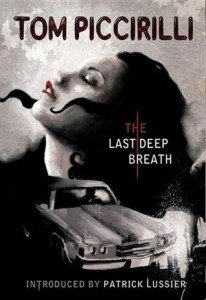 Tom really does good character writing this is the second story where I was hooked on the main protagonist. This main protagonist Grey has had a hard start to life was one of the ones that could not go along with the system a rebel by nature and byproduct of a dysfunctional upbringing . He feels right through the story that’s his life has not quite turned out as good as his pal Pax and feels he has not done enough for his sister like friend Elle. They have parted their ways over the years due to problems and a sudden visit from Elle in despair rockets his life into desperate measures of retribution to those that done her wrong. But was she to blame? She’s in an ever decreasing plight of despair riddled by Drugs, prostitution and the porn industry.
He tries to piece her life together as he tracks her down and takes you through the seedy side of acting.
This story was a page turning struggle of individuals, fame and infamy whom you might never know about that live over that picket fence. Splendid stuff.

“He’d lost his family, been abused by foster parents, kicked out of school, booted out of the Army, had nothing of value except the car, couldn’t hold a steady job and worked temp labor wasting his days waiting for something to happen. He wondered if this was it.”

Reviewed by Lou Pendergrast on 20 January 2012