Book Review: The Hungry 3 At the End of the World by Steven W. Booth and Harry Shannon - More2Read

The Hungry 3 At the End of the World by Steven W. Booth and Harry Shannon

The Zombies are Spreading… 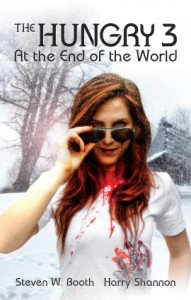 Small town Sheriff Penny Miller and her friends Scratch, Terrill Lee, and Sheppard escaped from Nevada moments before a devastating nuclear explosion intended to eradicate the zombie plague. The Government’s plan didn’t work, and the undead are spreading fast. When Miller and her men find an abandoned hunting lodge in a remote village in Colorado, they’re hoping to steer clear of zombies, redneck survivalists, and panicked locals, and to simply ride out the winter.

Penny Miller just wants some peace and quiet, a glass of wine in front of the fireplace, and maybe some quality time with Scratch over the holidays.

This is the third installment from the chronicles of sheriff Penny Miller.
When I first learned of Sheriff Penny Miller in the first installment of The Hungry I said, “One strikingly hot lady in a white wedding dress and a shotgun to hand, a band of rednecks and bikers, the army and a mutated virus and oh the undead is the recipe for this fun fully loaded brain entrails explosion of a high octane charged zombie story.” Then there was the second installment The Hungry 2: The Wrath of God and I said, “This second installment involving Sheriff Penny and the zombie outbreak is more fast-paced than the first. Sheriff Penny is not in a wedding dress this time around, just basic apparel; a vest. And she is to be put through one of the greatest tests of her life. Her friendship with her comrades under test and she must know who to trust. Set in the unforgiving barren land of the Nevada desert.”
This third installment has more of the same thing the setting is different a mountainous green landscape. The victims are a population of people unawares of the zombies at large.
The story was fast paced and was read in not time at all, it had me hooked with just the right elements, I did want more, more from Penny Millers world.
To the new reader I suggest going back to the beginning of the Sheriff Penny Miller story, as the first and the second installment was the best for me so far and this was an adequate addition until the next installment. 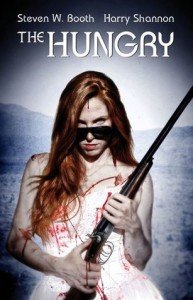 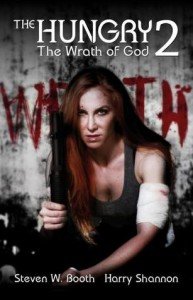 Reviewed by Lou Pendergrast on 27 March 2013