The Grand Dark by Richard Kadrey 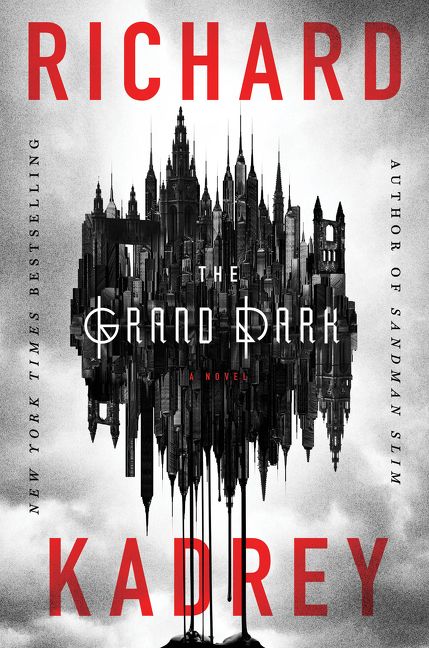 From the bestselling author of the Sandman Slim series, a lush, dark, stand-alone fantasy built off the insurgent tradition of China Mieville and M. John Harrison—a subversive tale that immerses us in a world where the extremes of bleakness and beauty exist together in dangerous harmony in a city on the edge of civility and chaos.

The Great War is over. The city of Lower Proszawa celebrates the peace with a decadence and carefree spirit as intense as the war’s horrifying despair. But this newfound hedonism—drugs and sex and endless parties—distracts from strange realities of everyday life: Intelligent automata taking jobs. Genetically engineered creatures that serve as pets and beasts of war. A theater where gruesome murders happen twice a day. And a new plague that even the ceaseless euphoria can’t mask.

Unlike others who live strictly for fun, Largo is an addict with ambitions. A bike messenger who grew up in the slums, he knows the city’s streets and its secrets intimately. His life seems set. He has a beautiful girlfriend, drugs, a chance at a promotion—and maybe, an opportunity for complete transformation: a contact among the elite who will set him on the course to lift himself up out of the streets.

But dreams can be a dangerous thing in a city whose mood is turning dark and inward. Others have a vision of life very different from Largo’s, and they will use any methods to secure control. And in behind it all, beyond the frivolity and chaos, the threat of new war always looms.

Praise for The Grand Dark:

“Kadrey has written for us a beautiful nightmare — one that’s often eerily familiar — showing a theatrical world set on the edge of war, and losing itself in the shadows of brutality and oppression.”
(Chuck Wendig, New York Times bestselling author of Wanderers)

“The Grand Dark is a miracle of the old and the new: a tale of weimar decadence that is also a parable for our New Gilded Age […] It’s a fun and terrifying ride, gritty and relentless, burning with true love and revolutionary fervor.”
(Cory Doctorow, author of Radicalized and Walkaway)

“Wildly ambitious and inventive fantasy from an author who’s punching above his weight in terms of worldbuilding—and winning.”
(Kirkus Reviews (starred review))

“Stunning. The hard, spare, considered voice that’s driven Kadrey’s gonzo supernatural noir has been honed to a deft Kafka-esque edge. Unsettling and dreamlike, seductive and bleak, the jaws of The Grand Dark gape to devour you.”
(Max Gladstone, author of Empress of Forever)

“[For] readers who like morally complex characters and enjoy their fantasy on the dark side.”
(Booklist)

Largo Moorden, a worker, a courier, starts 6am sharp in morning on his bicycle through districts delivering, on the road to more earnings and maybe promotion, after a hard days work, with a dose of morphia in the system, The Theatre of Grand Darkness a destination and entertainment of choice for many denizens of Lower Proszawa.

Interesting characters intertwined within an ingenious concept and worldbuilding with this new world creation.
The author successfully invests interest between the reader and key player Largo, he is on a journey through fears and complexities, finding ones fate amongst the chaos before him with the seditions and the conspiratorial movements in the cause of civilized absurdities, caught in a web, a good man in his time of chaos in this tale.
Some interesting creations featured in this tale: The Maras, The Chimeras, Automaton, Black Widows, Juggernauts, Iron Dandy, The bullocks, Curio Hunters and Airships

Many things need solving, including the plague and drops connections, and with love in the balance whilst his sentiments directed towards being a scientist and Chimera maker something darker a foot intercepts and diverting his work plans along with a threat of war looming, how this all pans out a great hook in this tale. 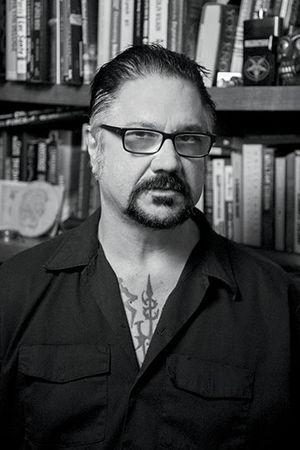 Richard Kadrey is the New York Times bestselling author of the Sandman Slim supernatural noir books. Sandman Slim was included in Amazon’s “100 Science Fiction & Fantasy Books to Read in a Lifetime,” and is in development as a feature film. Some of his other books include The Wrong Dead Guy, The Everything Box, Metrophage, and Butcher Bird. He also writes the Vertigo comic Lucifer.