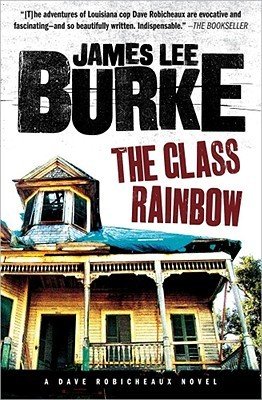 James Lee Burke’s eagerly awaited new novel finds Detective Dave Robicheaux back in New Iberia, Louisiana, and embroiled in the most harrowing and dangerous case of his career. Seven young women in neighboring Jefferson Davis Parish have been brutally murdered. While the crimes have all the telltale signs of a serial killer, the death of Bernadette Latiolais, a high school honor student, doesn’t fit: she is not the kind of hapless and marginalized victim psychopaths usually prey upon. Robicheaux and his best friend, Clete Purcel, confront Herman Stanga, a notorious pimp and crack dealer whom both men despise. When Stanga turns up dead shortly after a fierce beating by Purcel, in front of numerous witnesses, the case takes a nasty turn, and Clete’s career and life are hanging by threads over the abyss.

Adding to Robicheaux’s troubles is the matter of his daughter, Alafair, on leave from Stanford Law to put the finishing touches on her novel. Her literary pursuit has led her into the arms of Kermit Abelard, celebrated novelist and scion of a once prominent Louisiana family whose fortunes are slowly sinking into the corruption of Louisiana’s subculture. Abelard’s association with bestselling ex-convict author Robert Weingart, a man who uses and discards people like Kleenex, causes Robicheaux to fear that Alafair might be destroyed by the man she loves. As his daughter seems to drift away from him, he wonders if he has become a victim of his own paranoia. But as usual, Robicheaux’s instincts are proven correct and he finds himself dealing with a level of evil that is greater than any enemy he has confronted in the past.

Set against the backdrop of an Edenic paradise threatened by pernicious forces, James Lee Burke’s The Glass Rainbow is already being hailed as perhaps the best novel in the Robicheaux series. 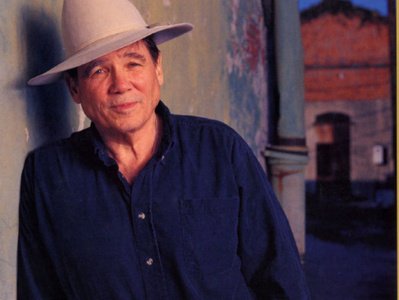 David Robicheaux needs to find who is behind the death of women in Jefferson Davis Parish.

David our main protagonist, a veteran detective who’s seen the evil that men do and has had his own demons to battle with in the past, he has more scars thorough life than any one man would want to accumulate. He’s still living and walking the earth, he’s strong will, good character and fight for survival is testament to this.

In the search for the guilty very bad men emerge from the shadows.

Fingers start pointing onto the direction of Herman Stanga a creep of the highest order who’s responsible for wrecking thousands of lives and has enemy from all corners of society.

Another bad apple Vidor Perkins, a sociopath with a very stained life becomes a problem for David as he make threats and scared his precious daughter Alafair.

David has concerns for his family and needs to wrap this matter up sooner than later.

The death toll of suspects rises. As the body count increases the scope of suspicion lies in even bigger circles.

There maybe some powerful hands who are the real controllers of the whole nasty web, a powerful family.

Clete Purcel his ex-partner in upholding the law steps onto the scene and becomes part of the web. He’s a great addition to this story!

I only wished I opened a chapter to into the character David life more sooner than this. I took to reading this novel now as I had creole belle to read before release Audi wanted the run down on this Bayou saga. This story is epic it covers so much than just a crime. One thing for sure is have James Lee Burke up there as a writer in the league of his own.

He writes with characters who are very human, with flaws but in the end have heart. He draws your attention and has the spotlight on injustices in history, those that society left behind and the poor and the weak. The pages in this story are filled with atmosphere and deeply layered writing, he can write so well and the story telling never bores. You feel him really talking to you and immersing you in the story.

I had felt a sense of place that I did not want to leave, the wonderful descriptions of the Bayou will remain I hope for time. I am just planning now to one day visit the Bayou Teche describe within these pages.

David and Clete need to work together and uncover every hole and look in any cracks. David needs to safeguard his family with his life.

The Bobbsey Twins(David and Clete) from Homicide are forever!

“Herman was one of those singular individuals for whom there is no adequate categorical description. He deliberately created addiction among his own people by giving what he called “entrepreneurial start-up flake” to teenage dealers. He encouraged his rock queens to eat fried food so their extra weight would signal to their customers that they were AIDS-free. He pimped off his white girls to black johns and his black girls to white johns. “Harry Truman integrated the united states army. I’m taking multiculturalism and equal opportunity to a much higher level,” he liked to say.”

“Clete was the libidinous trickster of folklore, the elephantine buffoon, the bane of the Mob and all misogynists and child molessters, the brain-scror he’d jar head who talked with a dead mamasan on his fire escape, the nemesis of authority figures and anyone who sought power over others, a one-man demolition derby who had driven an earth-grader through the walls of a mobsters palatial home on Lake Pontchartrain and systematically ground the entire building into rubble. Or at least that was the persona he created for the world to see. But in reality Clete Purcel was a tragedy. His enemys were many: gangsters, vindictive cops, and insurance companies who wanted him off the board. Klansmen and neo-Nazis had tried to kill him. A stripper he had befriended dosed him with the clap. He had been shanked, shot, garrotted, and tortured. A United States congressmen tried to have him sent to Angola. But all of the aforementioned were amateurs when it came to hurting Clete Purcel. Clete’s most dangerous adversary lived in his own breast.”

“Clete dealt with problematic situations among his clientele in the way a field surgeon would treat a gangrenous wound, or perhaps in the way a nurse in a third-world typhus ward would treat her patients. He clicked off a switch in his head and did not think about what his eyes saw and what his thoughts told him and what his hands were required by necessity to do.”

This is a thought provoking little excerpt…..

“As I sat on the steps(David) with Snuggs and Tripod, I wondered if those soldiers of long ago were still out there, beckoning to us, daring us to witness their morality, daring us to acknowledge that it would soon be ours.

I have had visions of them that I do not try to explain to other. Sometimes I thought I heard cries and shouts and the sounds of musket fire in the mist, because the Union soldiers who marched through Acadiana were turned loose upon the civilian populace as a lesson in terror. The rape of Negro women became commonplace. Northerners have never  understood the nature of the crimes that were committed in their names, no more than neocolonials can understand the enmity their government creates in theirs. Their pastoral solemnity of a civil war graveyard doesn’t come close to suggesting the reality of war or the crucible of pain in which a solider lives and dies.

But in spite of the bloody bound on which our town was built, and out of which oak trees and bamboo and banks of flowers along the bayou grew, it remained for me a magical place in the predawn hours, touched only cosmetically by the Industrial Age, the drawbridge clanking erect in the fog, it’s great cogged wheels bleeding rust, a two-story quarter boat that resembled a nineteenth-century paddle wheeler being pushed down to the Gulf, the fog billowing whitely around it, the air sprinkled with the smell of Confederate Jasmine.”

An example of visceral writing and sheer justice and vengeance…

“I could feel my fingers finding new purchase on the baton’s handle, the leather thong looped loosely on my wrist bones. I could feel a vein of black electricity crawling through my arm into my shoulder, down my right side, and through my back and chest. He made me think of medieval jester mocking his executioner as he knelt before the chopping block. I could feel my whole body becoming a torqued spring that would find release only when I whipped the baton across Perkins’s temple and watched his eyes go senseless and dead. The procedural explanation was already available. I wouldn’t even have to use a throw down. He had committed a crime upon a child. I had tried to search him before hooking him up. He had whirled and gotten his hands on his archer’s bow. The blows I’d delivered were in self-defence and not intended to be fatal. As I had these thoughts, I saw Vidor Perkin’s time on earth coming to an end.”

“In a more primitive time, some of them had been derogatorily called “redbones.” Most of them were probably part white, part Chitimacha Indian, part Cajun, and part black. As a rule, they referred to themselves as Creoles, a term that, in the early nineteenth century, connoted the descendants of the Spanish and French colonists who settled in New Orleans and created the plantation society that surrounded it. In general, they were handsome people; they often had green or blue eyes and reddish or jet-black hair and skin that looked as though it had been blown with brick dust.”

And finally a great excerpt..

“I saw my father, Big Al, in his tin hard hat and my mother, Alafair Mae Guillory, in the pillbox hat she was so proud of, both of them on the bow, smiling, coming toward me. I saw men from my platoon, their rent fatigues laundered, their wounds glowing with a white radiance, and I saw boys in sun-bleached butternut and tattered gray, and I saw Golden Gloves boxers from state finals of 1956 and black musicians from Sharkey Bonano’s Dream Room on Bourbon. I saw grifters and martyred Maryknollers and strippers and saints and street people of very kind, and until that moment, I never realised how loving and beautiful human beings could be.”

Watch for Creole Belle A sequel to this epic story a Review out in JULY 2012 PRE-ORDER ..

Check out these pages below many videos with the author enjoy!

Visit 75 Years of an American Legend

Get yourself in the right mood with this Cajun waltz, with images from Louisiana/Cajun country.