The Far Field by Madhuri Vijay 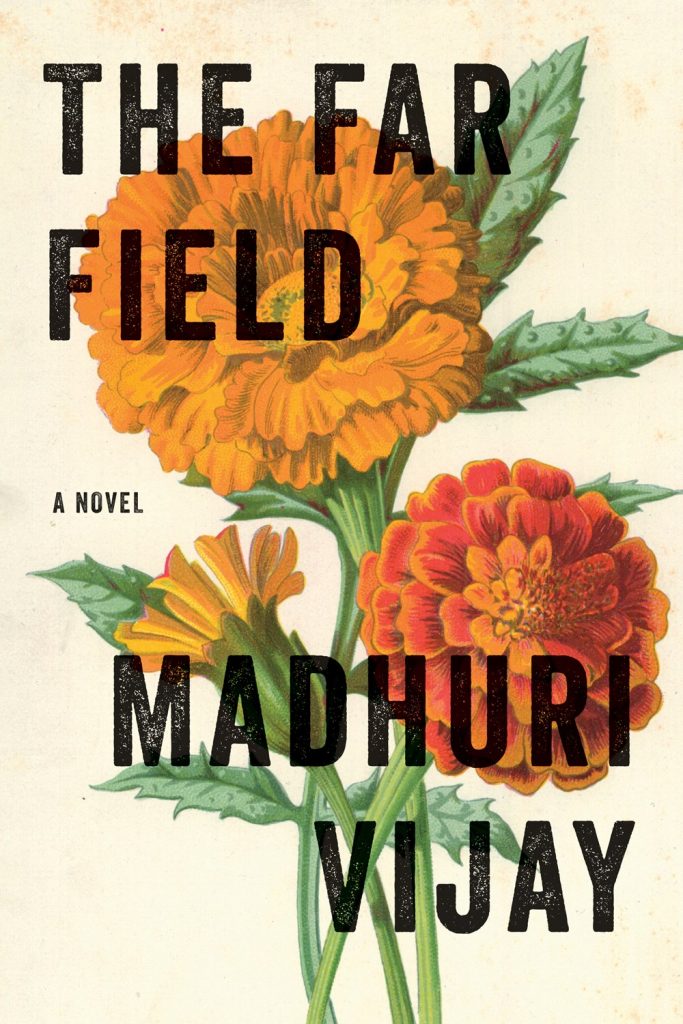 Gorgeously tactile and sweeping in historical and socio-political scope, Pushcart Prize-winner Madhuri Vijay’s The Far Field follows a complicated flaneuse across the Indian subcontinent as she reckons with her past, her desires, and the tumultuous present.

In the wake of her mother’s death, Shalini, a privileged and restless young woman from Bangalore, sets out for a remote Himalayan village in the troubled northern region of Kashmir. Certain that the loss of her mother is somehow connected to the decade-old disappearance of Bashir Ahmed, a charming Kashmiri salesman who frequented her childhood home, she is determined to confront him. But upon her arrival, Shalini is brought face to face with Kashmir’s politics, as well as the tangled history of the local family that takes her in. And when life in the village turns volatile and old hatreds threaten to erupt into violence, Shalini finds herself forced to make a series of choices that could hold dangerous repercussions for the very people she has come to love.

With rare acumen and evocative prose, in The Far Field Madhuri Vijay masterfully examines Indian politics, class prejudice, and sexuality through the lens of an outsider, offering a profound meditation on grief, guilt, and the limits of compassion.

Praise for The Far Field:

AN INDIES INTRODUCE PICK, AN INDIENEXT SELECTION, A BARNES AND NOBLE DISCOVER GREAT NEW WRITERS SELECTION, AN AMAZON BEST BOOK OF THE MONTH

A MOST ANTICIPATED BOOK OF 2019 FOR ENTERTAINMENT WEEKLY, REFINERY 29, BUSINESS INSIDER, BUSTLE

“‘All finite things reveal infinitude,’ wrote Theodore Roethke in ‘The Far Field.’ That poem, published in Roethke’s final collection in 1964, concludes with the image of ‘a ripple widening from a single stone / Winding around the waters of the world.’ That’s exactly the expanding effect of Madhuri Vijay’s debut novel, which is also titled The Far Field….For the vast majority of us, who hear of the troubles in Kashmir only as a faint strain in the general din of world tragedies, The Far Field offers something essential: a chance to glimpse the lives of distant people captured in prose gorgeous enough to make them indelible — and honest enough to make them real.”
—RON CHARLES, WASHINGTON POST

“In Madhuri Vijay’s exquisite debut novel, grief propels a young woman to northern India, where she seeks answers about her mother’s past. She meets people and communities constantly on the brink of political violence, upending her assumptions about herself and her country.”
-ELLE

“A story exploring the passage of time and the repercussions of one’s actions sets out to ask the charged question of what it is that we spend our lives searching for.”
—VANITY FAIR

“A ghastly secret lies at the heart of Madhuri Vijay’s stunning debut, The Far Field, and every chapter beckons us closer to discovering it….The Far Field chafes against the useless pity of outsiders and instead encourages a much more difficult solution: cross-cultural empathy.
—PARIS REVIEW

“Vijay provides that alchemical mix of political examination with personal journey that deepens all great novels. The Far Field plays out along the Indian/Kashmir border and follows a young woman’s awakening into the dark realities of her family and her country. As an added bonus, her mother is one of the most memorable characters in contemporary literature. At times brutal, but always tuned to the desperately sweet longing for human connection, Vijay has created a necessary and lovely work that transcends 2018!”
-SOUTHERN LIVING

“I had to remind myself while reading The Far Field that this is the work of a debut novelist, and not a mid-career book by a master writer at the height of her powers. Madhuri Vijay astonishes with her wisdom, her fearlessness, her sure handling of a desperately loaded narrative that’s equal parts love story, war story, and family intrigue. Such is the power of Vijay’s writing that I finished the book feeling like I’d lived it. Only the very best novels are experienced, as opposed to merely read, and this is one of those rare and brilliant novels.”
—BEN FOUNTAIN, author of BEAUTIFUL COUNTRY BURN AGAIN

“I am in awe of Madhuri Vijay. With poised and measured grace, The Far Field tells a story as immediate and urgent as life beyond the page. I will think of these characters – tender and complex, mysterious and flawed, remarkably real to me – for years to come, as though I have lived alongside them.”
—ANNA NOYES, author of GOODNIGHT, BEAUTIFUL WOMEN

“Utterly immersive and vividly realized, The Far Field is that rare gem of a novel which effortlessly transports the reader into distant, unfamiliar terrain through the force of a story deeply anchored in the humanity of its characters. Madhuri Vijay’s debut marks the arrival of an astonishing new talent.”
—ELLIOT ACKERMAN, author of WAITING FOR EDEN

“The Far Field is remarkable, a novel at once politically timely and morally timeless. Madhuri Vijay traces the fault lines of history, love, and obligation running through a fractured family and country. Few novels generate enough power to transform their characters, fewer still their readers. The Far Field does both.”
—ANTHONY MARRA, author of THE TZAR OF LOVE AND TECHNO

“This riveting and unique book faces the most troubling, insoluble questions with a bold, keen clarity that has no patience for anything less than the complete truth, even if that truth is disappointing or merciless or dark. The fierce undertow of Vijay’s prose masterfully propels this story about loyalty, about how we create, sustain, and inevitably break our bonds with other people.”
—MERRITT TIERCE, author of LOVE ME BACK

“I loved this novel. Shalini is an utterly convincing narrator, particularly in her naïveté, which might very well serve as a metaphor for her country’s refusal to see what it has wrought in Kashmir. Madhuri Vijay has written a brilliant and important book.”
—LIAQUAT AHAMED author of LORDS OF FINANCE

“What do we spend our lives searching for? What lasts and what pushes us forward? These are some of the questions Madhuri Vijay’s THE FAR FIELD explores and navigates with a heart on fire. Stunning in its artistry, in its engagement with the world and the personal, this is a profound and monumental achievement composed with rage, vulnerability, humor, grief, and mystery. How dangerous this novel is, in the very best of ways, and how grateful I am for this writer and for her creation.”
—PAUL YOON, author of THE MOUNTAIN

She travel across the land via train, bus, and taxi, in search of someone, she draws you into her realm, her interactions and discoveries, evoking with her cadence, with a prose lucid and emphatic, all the time illuminating and enveloping the reader with a beautiful world, with all the poverty and injustices and troubles, there is the richness, friendships, loves, fortitude and devotions.

There will be new nouns for the western reader, new names that is, new beliefs and practices, streets and people, foods and rich lives to explore and complexities of the human heart in this soothing delightful human tale.

As Francis Scott Fitzgerald said, “That is part of the beauty of all literature. You discover that your longings are universal longings, that you’re not lonely and isolated from anyone. You belong.” This tale may have you evoke that felling of belonging, ones of a myriad of people with varying lives and cultures have the same longings, loss, and roads to truths and self discovery.

Captivating with the discovery of identity and the mystery behind one mans disappearance, with a voyage in the narrative bolstered by secrets and longings, with meanderings, endeavours, loss and findings, doings and undoings, with an underlying theme of unrequited love with conflict in the narrative.

“This country, already ancient when I was born in 1982, has changed every instant I’ve been alive. Titanic events have ripped it apart year after year, each time rearranging it along slightly different seams and I have been touched by none of it: prime ministers assassinated, peasant guerrillas waging war in emerald jungles, fields cracking under the iron heel of a drought, nuclear bombs cratering the wide desert floor, lethal gases blasting from pipes and into ten thousand lungs, mobs crashing against mobs and always coming away bloody. Consider this: even now, at this very moment, there are people huddled in a room somewhere, waiting to die. This is what I have told myself for the last six years, each time I have had the urge to speak. It will make no difference in the end……

So let me be clear, here at the start. If I do speak, if I do tell what happened six years ago in that village in the mountains, a village so small it appears only on military maps, it will not be for reasons of nobility. The chance for nobility is over. Even this, story or confession or whatever it turns out to be, is too late.”

“This was the woman whose daughter I am. Was. Am. All else flows from that.” 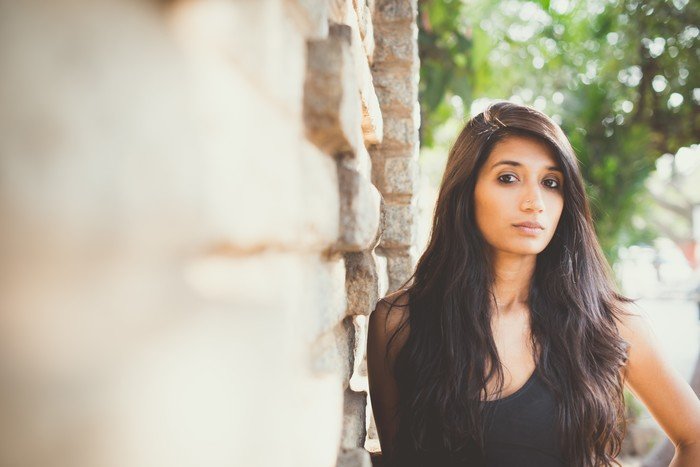 Madhuri Vijay was born in Bangalore. She is the recipient of a Pushcart Prize, and her writing has appeared in Best American Non-Required Reading, Narrative Magazine and Salon, among other publications. The Far Field is her first book.

Reviewed by Lou Pendergrast on 14 January 2019