The Fall of the Stone City by Ismail Kadare

The Fall of the Stone City by Ismail Kadare 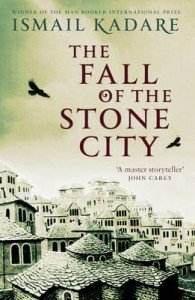 In September 1943, German soldiers advance on the ancient gates of Gjirokastër, Albania. It is the first step in a carefully planned invasion. But once at the mouth of the city, the troops are taken aback by a surprising act of rebellion that leaves the citizens fearful of a bloody counter-attack.

Soon rumours circulate, in cafes, houses and alleyways, that the Nazi Colonel in command of the German Army was once a school acquaintance of a local dignitary, Doctor Gurameto. In the town square, Colonel von Schwabe greets his former classmate warmly; in return, Doctor Gurameto invites him to dinner. The very next day, the Colonel and his army disappear from the city.

The dinner at Gurameto’s house changes the 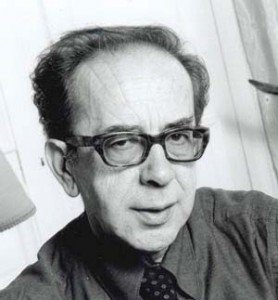 course of events in twentieth-century Europe. But as the citizens celebrate their hero, a conspiracy surfaces which leads some to place Gurameto – and the stone city – at the heart of a plot to undermine Socialism.

Set in Kadare’s home town, this is a thrilling tale, enigmatic and compelling, of a secret meeting in wartime Europe that changes the political course of a great city.Many will look upon their meeting as a meeting of treason. A meeting of dining and music with the celebrated Albanian doctor and a German, is not what others would like to hear.

He does have a history with the guest back to his college days when they were something else before they became what they were.

The author incorporates in this story a dark history of torture, interrogations and secret services. Those featured in this story may be called the devil in disguise, the generals and leaders of the Hitler and Stalin entity.

Along with this uncomplicated storytelling he has also embedded talk of nightmares and dreams which add a Kafka and Murakami feel to the story.

He does successfully indeed transport you to a dark passage in time.

A doctors kindness to a Jewish citizen of Albania whilst a German comes to occupy does not go unnoticed. Bigger questions are being answered and answers are to be bleed out of him.
The Albania in this story is to play host to workings of the royal and later the communist Albanian secret service, the German Gestapo and Stasi and the Soviet and indirectly the Israeli secret services.

Albania was penetrated by many, the forces of Hitler, Mussolini and Stalin but the plight of one doctor will remembered, even though from fiction, as to what he had to endure can be a fine example of the atrocities many had to suffer at the hands of power hungry men.
One interrogator a man in service of Russia wants to find those that want to kill Stalin and had a hand into his decline in health. As the ailing ruler approaches death he becomes obsessed with answers from the doctor to the many outlined question in the excerpt below. The parameters of conducting yourself with sanity and some humanity in service to your country and ruler seem to become none existent for this man and as Stalin died his own mind comes into battlefields and he becomes hellbent on revenge one pities the poor doctor.

Ismail Kadare an author that many may not have heard of before but you will take note of once you have experienced his workings in the literary field as I have just done with this splendid story featuring a country virtually unknown to the masses presented in uncomplicated masterful storytelling.

“Gurameto, the mortal sinner
Met the devil one day on the street,
Who told him to host a great dinner
With champagne and good things to eat.

What was the doctor’s design,
Asking the corse to dine?”

“The Russian gave extraordinary detailed instructions. In the first session they would test the prisoners sincerity, especially Big Dr Gurameto’s. Everything else depended on this. They would try to obtain precise answers to certain questions. What had the doctor and his foreign guest said in their private conversations during the dinner? What did the doctor know about German intentions towards Albania?
There had been Tao of secret discussions before the invasion with a group of pro-German Albanians who would take over the country’s government. What had been Dr Gurameto’s role in this group, if any? Why had he felt in such a strong position, almost equal to the German colonel? Where had he found the courage to speak up for the hostages, especially Jakoel the Jew? What did the Germans think about their massacre of civilians at the village of Borova? Did they feel remorse? Or did they pretend to? Who had waved that white sheet as a sign of the city’s surrender? If there was no truth in this story of the white sheet, who made it up, the Albanians or the Germans?”

Visit the publishers page of this novel to purchase>>>http://www.canongate.tv/the-fall-of-the-stone-city.html
Reviewed by Lou Pendergrast on 14 August 2012