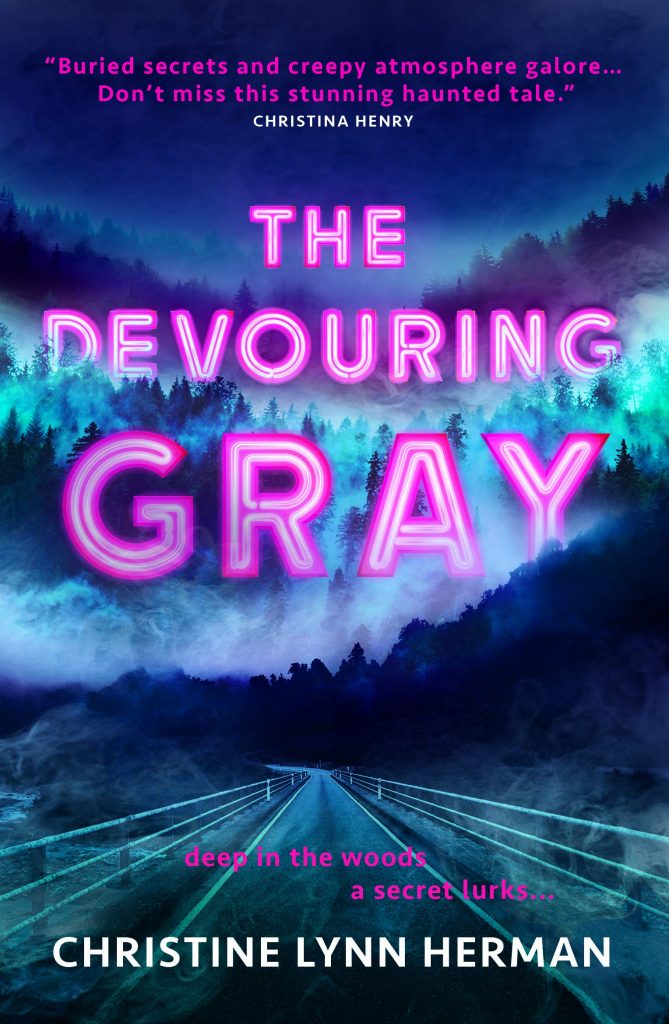 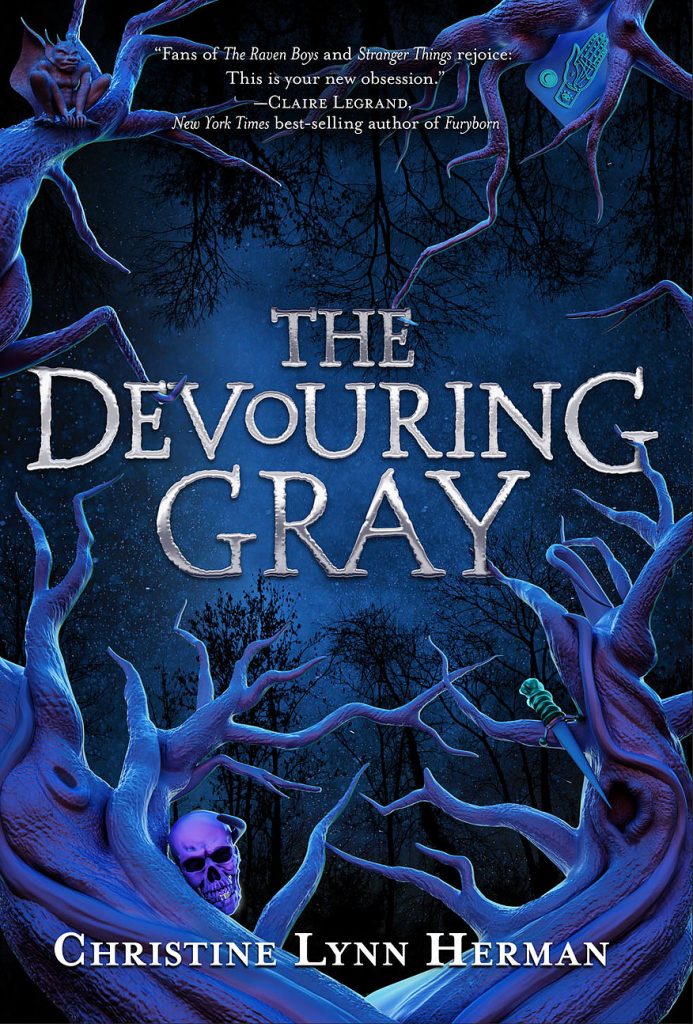 Uprooted from the city, Violet Saunders doesn’t have much hope of fitting in at her new school in Four Paths, a town almost buried in the woodlands of rural New York. The fact that she’s descended from one of the town’s founders doesn’t help much, either—her new neighbours treat her with distant respect, and something very like fear. When she meets Justin, May, Isaac, and Harper, all children of founder families, and sees the otherworldly destruction they can wreak, she starts to wonder if the townsfolk are right to be afraid.

When bodies start to appear in the woods, the locals become downright hostile. Can the teenagers solve the mystery of Four Paths, and their own part in it, before another calamity strikes?

“By the end of page one, I was hooked. By the end of chapter one, I was entranced. The pages of this book breathe and shiver and thrum, just like the trees of Herman’s deliciously eerie woods. These characters are unforgettable; the imagery is sublime. Fans of The Raven Boys and Stranger Things rejoice: This is your new obsession.”
–Claire Legrand, New York Times bestselling author of Furyborn

“As beautiful as it is terrifying; as tender as it is gut-wrenching. Herman’s writing is lyrical, emotionally rich, and so, so layered. I will be thinking about this atmospheric world – and these gloriously flawed characters – for a long time.”
–Laura Steven, author of The Exact Opposite of Okay

“Herman has crafted a textured, unsettling world that I somehow, despite all the danger and tension, want to live inside of. It feels real and unreal at once: this is a rare, strange joy.”
–Sarah Maria Griffin, author of Spare and Found Parts and Other Words for Smoke

“The Devouring Gray is an irresistible blend of unforgettable characters and spine-tingling horror. Full of witchy atmosphere; lush, detailed writing; and a trope-breaking, endearing group cast, this book will ensnare you and leave you deliciously haunted. A stunning debut.”
–Amanda Foody, author of Ace of Shades and Daughter of the Burning City

“I can’t describe how much I loved The Devouring Gray! It’s such an assured and accomplished debut, haunting and atmospheric and filled with real, human characters who you can’t fail to love and cheer for even as they make terrible decisions. It’s one of the best books I’ve read in a long while.”
–Fran Dorricott, author of After the Eclipse

“A grimly exhilarating tale of monsters in the woods and monstrous family legacies-and teens brave enough to fight them both. This New England Gothic will devour you.”
–Rosamund Hodge, author of Cruel Beauty and Crimson Bound

“A beast lurks on the edge of the town of Four Paths and its powers are growing at the same time Violet Saunders and her mother return to town. As Violet discovers her family history and their relationship to three other families known as the Founders, her role in protecting the town becomes instrumental as bodies start appearing at the edge of the woods. This book will grab you by the shirt collar and won’t let go till the very last page.”
–Nichole Cousins, White Birch Books (North Conway, NH)

“When mutilated bodies start to show up in the small town of Four Paths in rural upstate New York, the townsfolk know it can only mean one thing. The Gray is back. Existing on an alternate plane, The Gray (not unlike the Demogorgon/Upside Down in Stranger Things) has been terrorizing the town since its inception but the founding families of Four Paths have always been able to keep it from crossing over. This time familial dark secrets could hinder the town and allow The Gray to break through, and it’s up to four teen descendants of the founders to put aside differences and keep the terror at bay. Gripping and terrifying, The Devouring Gray will have you sleeping with one eye open, if at all.”
–Javier Ramirez, The Book Table (Oak Park, IL)

“Herman s novel The Devouring Gray is part horror, part fantasy, and one great read. After experiencing a family tragedy, Violet Saunders and her mother move back to Four Paths, her mother s hometown. Violet soon learns there is a beast hiding beneath the surface of the town, and that her destiny is tied to it. Filled with magic, deception, and family ties, this book is a must-read. Especially recommended for fans of Stranger Things.”
–Katherine Warde, Micawber’s Bookstore (St. Paul, MN)

Violet Saunders new student to the Four Paths High School.
Juniper Saunders, Violet’s mother, one with complex histories with the town, returning home after being away for many years, visiting and staying with sick sister.
Violet is to learn of many things, meet new people her own age, along with the remaining fragilities and complexities of loss running its course with dead sister from terrible circumstances, and she finds herself up against new life threatening challenges.
Taking a trip into the Gray with any member of the four families of The Four Paths, be careful which one, choosing allegiances carefully whilst traversing between safety and danger.
The Saunders used to run the town.
There will be an unsettled equilibrium and power struggle ensuing with good and evil and uncharted territories to be discovered, emotionally and historical in the Four Paths and the Gray.
An intriguing nicely done supernatural tale.

Fates of many on the line.
Four Families
Hawthornes
Carlisles
Sullivans
Saunders