The Devil All the Time by Donald Ray Pollock - more2read.com

The Devil All the Time by Donald Ray Pollock 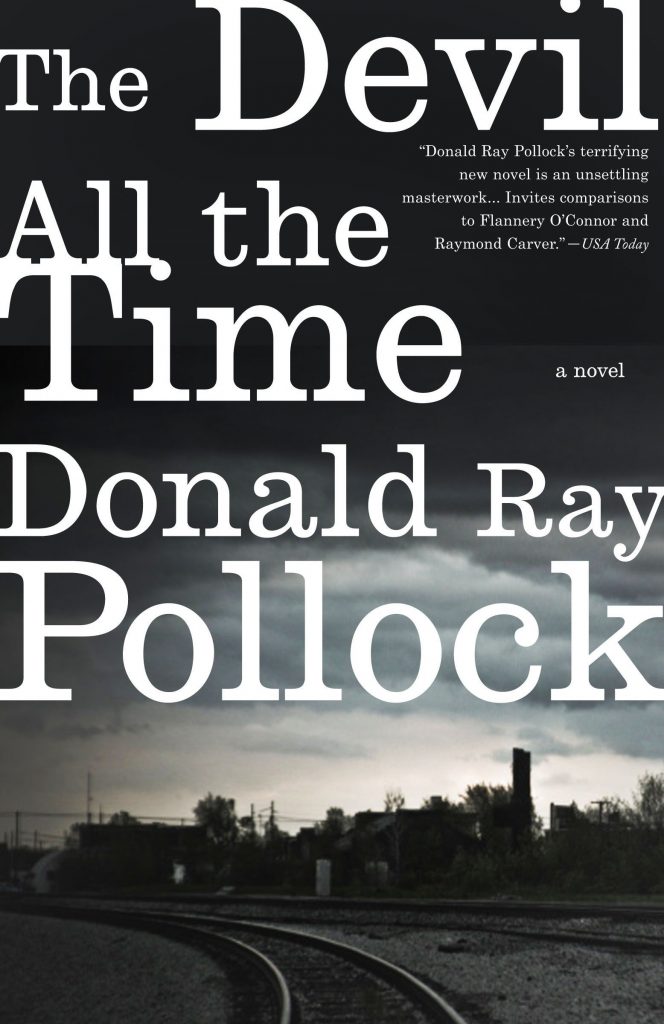 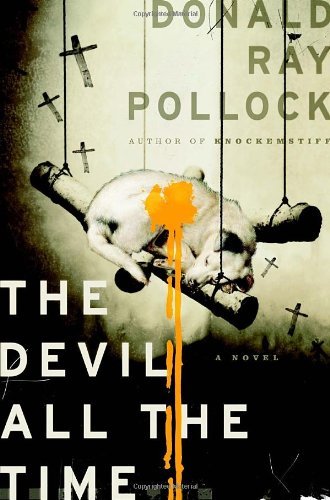 Check out my My interview with author of Devil all the time and Knockemstiff, Donald Ray Pollock @
https://more2read.com/review/interview-with-donald-ray-pollock/

“The Devil All the Time…fulfills the promise in [Pollock’s] 2008 short-story collection, Knockemstiff, named after his real-life hometown, where life as is tough as its name suggests. His fictional characters find ways to make it tougher. Devil, as violent as the bloodiest parts of the Old Testament…invites comparisons to Flannery O’Connor and Raymond Carver, who mined the grace and guilt in the hopeless lives of lost souls….But it’s not so much what happens as how Pollock, with the brutal beauty of spare writing, brings it all together.”
—Bob Minzesheimer, USA Today

“If Pollock’s powerful collection Knockemstiff was a punch to the jaw, his follow-up, a novel set in the violent soul-numbing towns of southern Ohio and West Virginia, feels closer to a mule’s kick, and how he draws these folks and their inevitably hopeless lives without pity is what the kick’s all about. Willard Russell is back from the war, on a Greyhound bus passing through Meade, Ohio, in 1945 when he falls for a pretty waitress in a coffee ship. Haunted by what he’s seen in the Pacific and by the lovely Charlotte, he finds her again, marries her, and has a son, Arvin. But happiness is elusive, and while Willard teaches his only son some serious survival skills (“You just got to pick the right time,” he tells him about getting back at bullies. “They’s a lot of no-good sonofabitches out there”), Charlotte sickens, Willard goes mad—sacrificing animals and worse at his altar in the woods—and Arvin’s sent to his grandmother Emma in Coal Creek. Emma’s also raising Leonora, the daughter of a timid religious mother who was murdered, possibility by her father, Roy, the visiting preacher at the Coal Creek Church of the Holy Ghost Sanctified, who along with his guitar-playing, crippled cousin, Theodore, in a wheelchair after drinking strychnine to prove his love for Jesus, has disappeared. And there’s on-the-take sheriff Lee Bodecker, whose sister Sandy and her perverted serial killer husband, Carl Henderson, troll the interstates for male hitchhikers he refers to as “models.” Pollock pulls them all together, the pace relentless, and just when it seems like no one can ever catch a break, a good guy does, but not in any predictable way.”
—Publishers Weekly (starred)

“For fans of No Country for Old Men and Natural Born Killers… [a] grisly Southern Gothic novel that’s sure to give you goose bumps no matter how hot the weather gets.”
—The Daily Details, DETAILS.com

“So humid is The Devil All The Time with moral grime that the characters seem always to be grasping for a breath of divine intervention—some through prayer, others through murder and creepy sex.”
—GQ

“Pollock has expanded on [his] storytelling gift for his debut novel, The Devil All the Time. A gallery of reprobates and religious fanatics flutter through these pages. These are multidimensional, flawed human beings. Some pray for better days. Others imagine a resurrection…. Inexorable fate draws these story strands into ever-tightening loops as Pollock’s characters circulate in Ohio, West Virginia and along desolate highways to the south and west….The Devil All the Time is a mesmerizing first novel. It could be cinematized into one heckuva motion picture.”
—Vick MicKunas, Dayton Daily News

“This novel fulfills the promise made by Pollock’s debut collection, Knockemstiff. He is a real writer, and The Devil All The Time hits you like a telegram from Hell slid under your door at three o’clock in the morning.”
—William Gay, author of Provinces of Night and The Long Home

The name Pollock strikes up images in my head of the paintings of that Jackson Pollock painter, that splatter art. Well this Pollock is just as creative with his storytelling that leaves a deep branding in your mind and soul of a human stain of evil characters, that will stay with you well after you have finished this book. I am thinking of similarities here to Authors of likes of Jim Thompson who wrote ‘The Killer inside me’ and Daniel Woodrell.
In the town Knockemstiff Pollock has crammed a motley crew of all the grittiest and evil characters you could find. These characters are ones you don’t want to tell your kids that they exist on this planet. You will find in these pages slices of the worst of the worst the show is on and the location is Knockemstiff, you will get more than you fair slice of the darkest of souls that you could muster up. The hero for me in this story is Arvin he dishes out some sweet justice that makes you really rejoice in accolades of well done i been waiting for that evil good for nothing to taste some justice.
Some really swell writing from Pollock.