The Deep by Alma Katsu - More2Read

The Deep by Alma Katsu 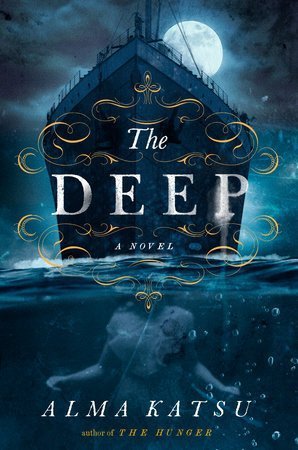 From the acclaimed author of The Hunger comes an eerie, psychological twist on one of the world’s most renowned tragedies, the sinking of the Titanic, and the ill-fated sail of its sister ship, the Britannic.

Someone, or some thing, is haunting the ship. That is the only way to explain the series of misfortunes that have plagued the passengers of the Titanic from the moment they set sail. From mysterious disappearances to sudden deaths, the guests aboard the ship are suspended in an eerie, unsettling twilight zone of travel, with little sense of time during the four days of the boat’s illustrious maiden voyage. As the guests acquaint themselves and shrug off strange occurrences, several, including maid Annie Hebbley, guest Mark Fletcher, and millionaires Madeleine Astor and Benjamin Guggenheim, are convinced there’s something more sinister going on–that is, until disaster strikes.

Years later, Annie, having survived that fateful night, works as a nurse on the sixth sail of the Britannic, which has been newly refitted as a hospital ship during the rise of World War One. Unable to shake the demons of the first voyage, Annie struggles for clarity when she happens across Mark, now a soldier, unconscious onboard. Unconvinced, and perhaps unwilling, to accept that he survived the crash, Annie reckons with the bargain that must have been made, and the risk of sacrifice for the one she loves. Capturing a cast of characters and effortlessly combining the supernatural with the height of historical disaster, The Deep is an exploration of love and destiny, desire and innocence, and above all, a quest to understand how our choices can lead us inexorably toward our doom.