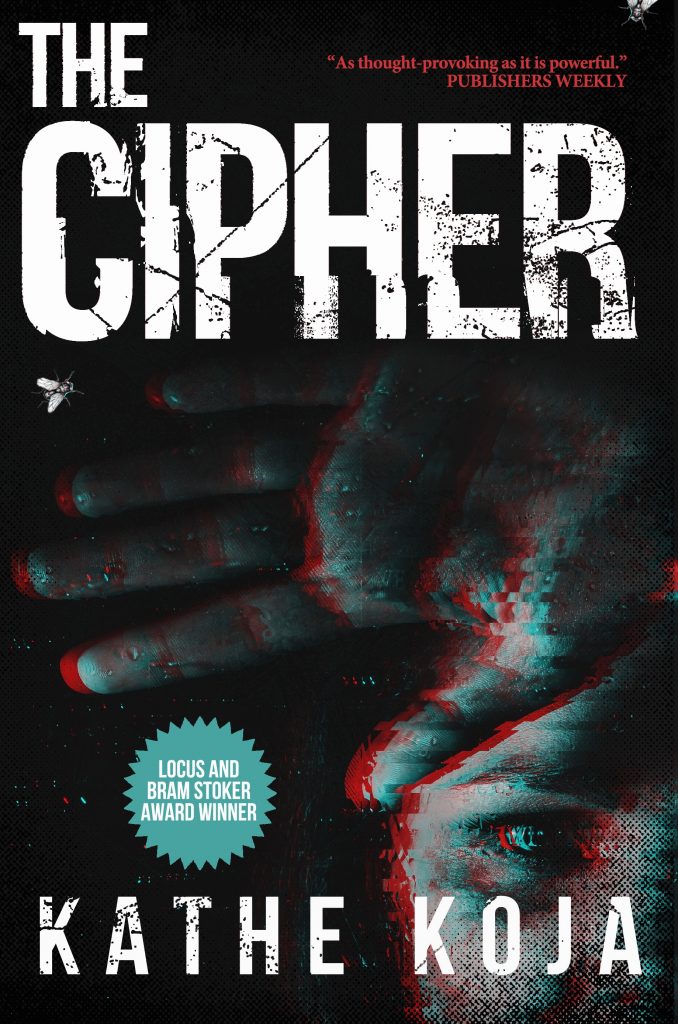 Kathe Koja’s classic novel of fear, obsession, creation, and destruction, The Cipher, which reopens the door on the Funhole with this brand new and long-awaited print edition. It is the winner of the Bram Stoker Award and a finalist for the Philip K. Dick Award.

Nicholas is a would-be poet and video-store clerk with a weeping hole in his hand – weeping not blood, but a plasma of tears…

It began with Nakota and her crooked grin. She had to see the dark hole in the storage room down the hall. She had to make love to Nicholas beside it, and stare into its secretive, promising depths. Then Nakota began her experiments: First, she put an insect into the hole. Then a mouse…

Now from down the hall, the black hole calls out to Nicholas every day and every night. And he will go to it. Because it has already seared his flesh, infected his soul, and started him on a journey of obsession – through its soothing, blank darkness into the blinding core of terror… 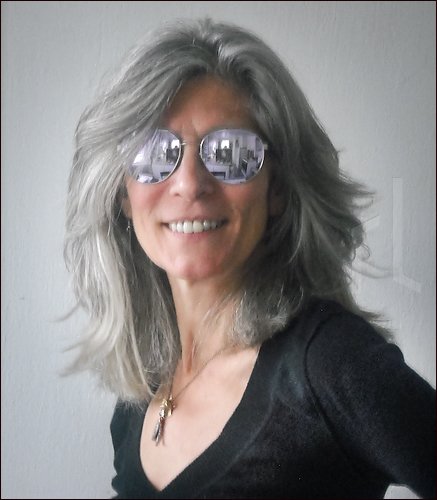 Kathe Koja is a writer, director and independent producer. Her work combines and plays with genres, from YA to contemporary to historical to horror. Her novels–including THE CIPHER, SKIN, BUDDHA BOY, TALK, and the UNDER THE POPPY trilogy–have won awards, been multiply translated, and optioned for film and performance. She creates immersive fiction with a rotating ensemble of video artists, dancers, musicians and performers.

Her latest novel is CHRISTOPHER WILD. VELOCITIES, her second short fiction collection, is upcoming in 2020 from Meerkat Press, along with a reprint of her classic novel THE CIPHER.

She’s globally minded, and based in Detroit USA.

Kathe Koja’s second short fiction collection, Velocities, is dark, disturbing, and heartfelt.
It includes thirteen stories, including two never before published, all flying at the speed of strange. 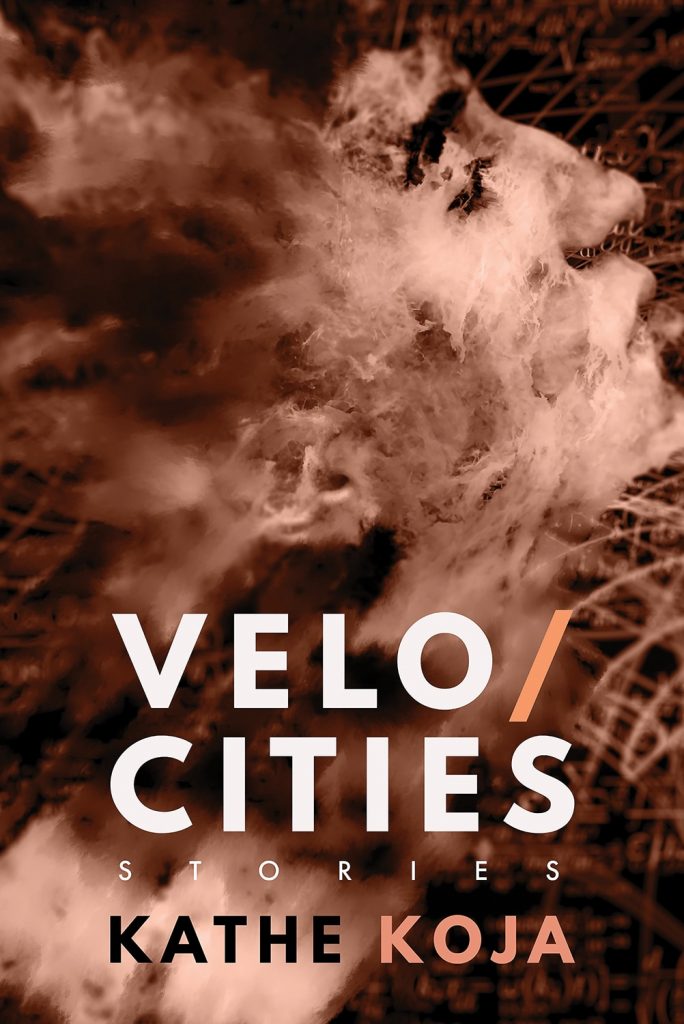 Reviewed by Lou Pendergrast on 07 January 2020