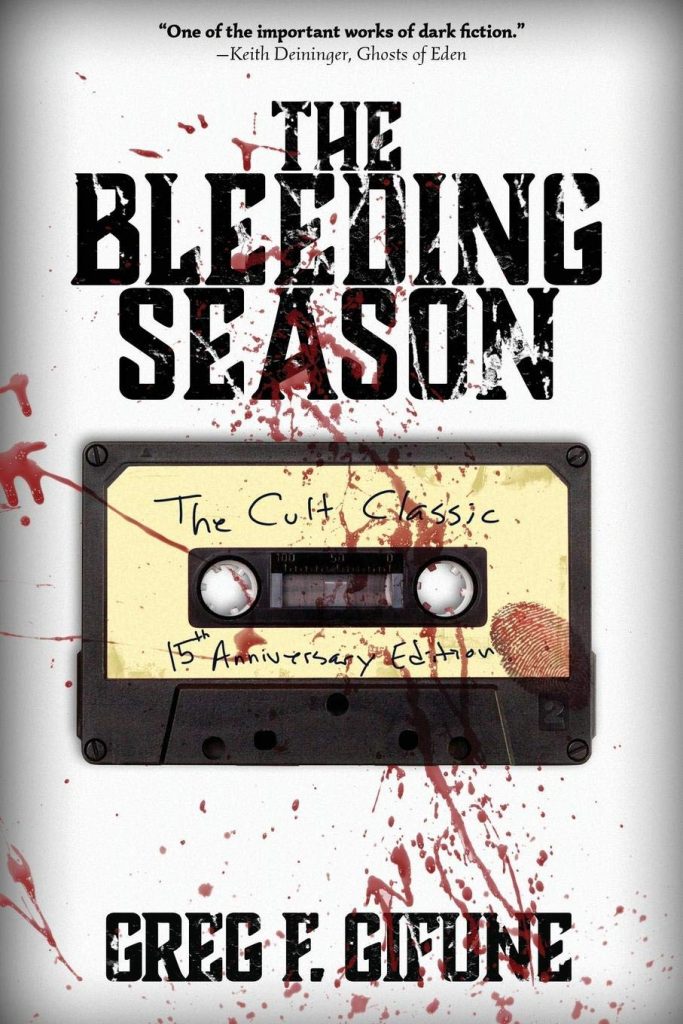 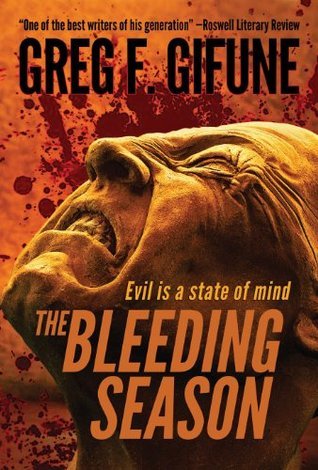 Evil is state of mind. Alan, Tommy, Rick, Donald and Bernard were inseparable best friends living in the small coastal Massachusetts town of Potter?s Cove. A circle of five, their world was simple and happy until the day Tommy was struck by a car and killed. Nothing was ever the same. They were never the same.

Years later, as the four survivors, all unhappy, unsuccessful and marking time, approach their fortieth birthdays, Bernard suddenly commits suicide. Within weeks of Bernard’s death, one by one, the mutilated bodies of murder victims are found in town, and as the three remaining friends attempt to solve the riddle of Bernard’s suicide, they come to realize that he may not have been who or what they thought he was. His entire life may have been a lie, and rather than the sad, lonely, and harmless person they believed him to be, he very well may have been a savage ritual killer, a bleeder of young women who conjured evil to fulfill his own demented dreams.

To find the truth, not only about Bernard, but themselves, they must delve into the darkness and those who inhabit it, a darkness that cradles an unspeakable evil so terrifying it could forever trap them in the shadows of the damned and shatter the very concept of their existence. Greg F. Gifune’s THE BLEEDING SEASON, originally published in 2003, has been hailed as a classic in the horror genre and is considered to be one of the best horror/thriller novels of the decade.

“A masterful tale of love, loss, friendship, pain and suffering… a tale that will eviscerate you emotionally.”
– Peter Schwotzer, Famous Monsters of Filmland on House of Rain

“Another masterpiece of a tale of love and loss as Gifune delves to the heart of a topic that he seems to know so well.”
– Josef Hernandez, Examiner on House of Rain

“Equally comfortable with suggestive, quiet terror and the pleasures of graphic exaggeration, Gifune has assembled a sensitive and entertaining collection, merging the pleasures of a good surface read with themes startling in intellectual scope…In Gifune’s world, nothing is safe…and even the best intentions are a weak defense against shadows.”
– Cemetery Dance on Heretics

“This quietly powerful short novel should bring much deserved attention to Gifune, who succeeds in imbuing what could have been a clichéd and formulaic noir premise with haunting emotional depth.”
– Publisher’s Weekly on Saying Uncle

One summer in Potter’s Cove.. brothers, not blood brothers, pals, lifetime friends, have questions arise on ones strange death.
The band of brothers they were, “Bernard joined the Marines, Donald went to college, Rick wound up in prison, and I married my high school sweetheart.”
A case of death, then nightmares then…plot thickens ..unsettling and stirring minds to the past.
All the Nostalgia, recollections, mysteries, doings and undoing, things past, unsettling truths and more to come.
One in character in first person narration, Alan Chance, seeks out an answer behind, Is evil a concept or theory or something else?

Taking you by the hand in first person narration, deep into psychology and metaphysical states, with a well crafted voice and great storytelling in the realms of shadows of past and present.
Jigsaw pieces arising and converging of what one was, echoes arising and deciphering the past into the inevitable finished portrait, a descent into the disturbing and sinister, provoking and remaining, bleeding one.

Lurking in shadows of my kindle library was this from maybe 2012 and of which now has a new cover and new reissue and mentions, and so needed read. Something astonishing that big publishers haven’t snapped up. Beats many picked to be best reads that are not. Small press is fine but writers have bills too and big money for the right book is justified.

A tale uncovering the stuff that lays hidden, the nature and concept of evil, the shadows hidden, evil laying and waiting in the narrative.

“I didn’t know it then, but it was impossible to survive the darkest corners of his mind without first surviving the darkest corners of my own. I was headed for the same depths of Hell he had descended to, and though we passed through those flames for different reasons, our journeys are forever entwined. His story cannot be told without also telling mine, and maybe that’s the way it should be. After all, Goodness is a state of grace. Evil, is a state of mind.”

“What had been a bunch of inseparable high school kids had become a group of young men struggling with the past, the present, and whatever the future had planned. Through good, bad, and the often-indifferent detachment tedium breeds, we remained close.”

“We were all the same, it seemed to me, all of us dented and scratched and damaged, held together with pins and duct tape, the walking wounded making one last stand in the dark before giving in to the inevitable. Sometimes it was easy to see the truth behind the lies, sometimes not. Either way, it didn’t really matter. The truth was what I needed, and the truth—however terrible—was exactly what I planned to get.”

“Evil is always there, like a loyal companion; see what I mean? It’s always available to us, always there, waiting, tempting. The only thing evil requires is consent. You don’t have to sacrifice, you don’t have to deprive yourself of anything, you just do; you just take it. Good’s there too, but you have to search a little harder, dig a little deeper to find it. Good requires that you look beyond yourself, it does require sacrifice, thought, awareness of something greater, better than all of us.” 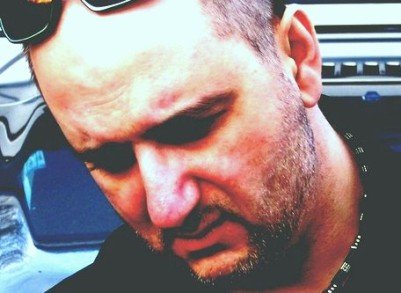 Greg F. Gifune is a best-selling, internationally-published author of several acclaimed novels, novellas and two short story collections. Working predominantly in the horror and crime genres, Greg has been called, “The best writer of horror and thrillers at work today” by New York Times best-selling author Christopher Rice, “One of the best writers of his generation” by both The Roswell Literary Review and horror grand master Brian Keene, and “Among the finest dark suspense writers of our time” by legendary best-selling author Ed Gorman.

Greg’s work has been published all over the world, translated into several languages, received starred reviews from Publishers Weekly, Library Journal, Kirkus and others, is consistently praised by readers and critics alike, and has garnered attention from Hollywood. Two of his short stories, HOAX and FIRST IMPRESSIONS have been adapted to film. His novel CHILDREN OF CHAOS is currently under a development deal to be made into a television series, and his novel THE BLEEDING SEASON, originally published in 2003, has been hailed as a classic in the horror genre and is considered to be one of the best horror/thriller novels of the decade. Greg resides in Massachusetts with his wife Carol, a few cats and two dogs, Dozer and Bella.

Reviewed by Lou Pendergrast on 09 February 2019