The Black Stiletto: The First Diary--1958 by Raymond Benson - more2read.com

The Black Stiletto: The First Diary–1958 by Raymond Benson 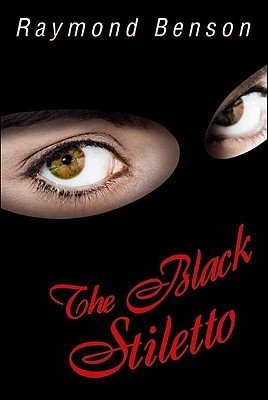 Could Martin Talbot’s elderly, Alzheimer-stricken mother, Judy, really have been the Black Stiletto? When Martin discovers several volumes of her diaries hidden by his mother, he is stunned beyond all imagination. His mother, the underground heroine of yesteryear? The famed, still unidentified woman who battled Communist spies, took on the Mafia, and preyed on common crooks? The woman who exacted punishment on evildoers without mercy?

But it is all described, in great detail, in the diaries. What caused her to begin her quest for justice. Her decision to act outside the law. Her feats as the famed and feared vigilante. How her reputation exploded. In short, how it all played out.

Could it be true? Talbot is filled with doubt and disbelief. But the reappearance of one of the Stiletto’s old enemies with a thirst for merciless revenge makes the story more than real and could imperil the life of not only the Stiletto, but her son and granddaughter as well.

A fresh pleasant surprise of a story. I only wished I read it when it came out.
The main character the black stiletto is a vigilante, a living lethal weapon, a woman who can kill.
She fights crime and protects the innocent.
A woman who’s not the typical woman of the 1950’s, she’s trained herself and learned the art of fighting and molded herself to become an unstoppable force of a woman.
This history of her reign is delivered in diary fashion, which she kept and wrote. Her son discovers it and narrates it to us. He never knew of her past and he’s shocked, she’s now an aged and ill woman. To find out your mother was once a heroine is great but he also discovers her dark sad past and the reason she had to stand up and be a fighter. A horrible crime against her close to home propelled this woman in a vengeful journey that ends with a deadly payback.
The son also finds many items which possibly we will hear more of in other novels. He failed to discover the significance of them, they were a JFK campaign button, Smith and Wesson handgun in a secret closet and a Gold key.
I loved this femme-fatal character and the story was thoroughly entertaining layered out in crisp and nice writing.
He has another Black Stiletto book out end of May 2012.