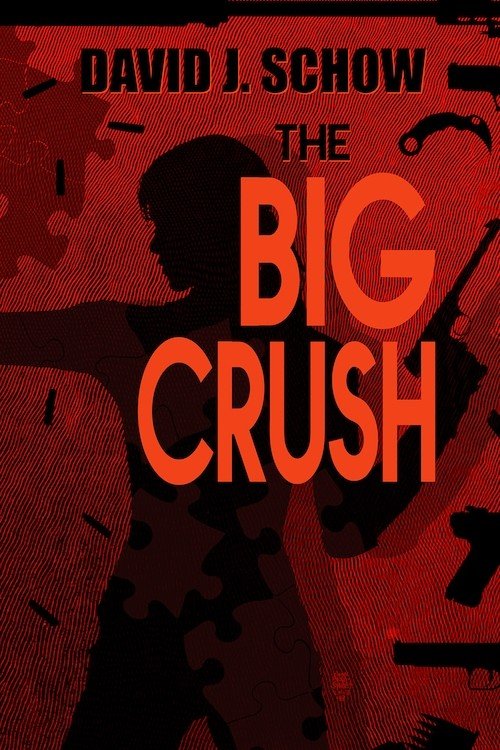 Hot pursuit, run-and-gun action, and a romantic obsession at the center of it all.

WHAT IF you reached out on the internet to that long-ago crush you had in high school…and she turned out to be a contract assassin with you on her hit list?

WHAT IF you viewed these outrageous events through the lens of cinema, making real life and reel life collide and turning your own narrative into a Hollywood free-for-all?

WHAT IF you tumbled into an underworld where no one is who they say they are…where no one can be trusted…and everyone is out for blood from someone else?

Could fearing for your life be the ultimate aphrodisiac?

THE BIG CRUSH is a contemporary urban thriller. A modern Los Angeles noir. Black ops. Murder for hire. And a love story about people invisible to the citizens of the ordinary, waking world.

Praise for The Big Crush:

“Schow (Upgunned) keeps the banter light and the gunplay heavy in this furiously paced spree of a thriller. Schow presents alternating chapters from the viewpoint of characters with a variety of different aliases, then torques the plot with so many outrageous twists that they cease to be unbelievable.”
-Publishers Weekly (Starred Review)

“…Schow mashes up his interest in movies and mayhem in this fiercely violent, mordantly comical slab of pulp fiction that’s rife with bullets, bloodshed, and bedlam… It all goes a bit Looney Tunes near the end, but the book’s frenetic pace and a couple of spectacular set pieces, including a shootout in a veterinary hospital and a standoff in a mountain hideaway, make it a fun ride. A kinetic, comical thriller that fires away with abandon.”
-Kirkus Reviews

David J. Schow is an American author of horror novels, short stories, and screenplays, associated with the “splatterpunk” movement of the late ’80s and early ’90s. Most recently he has moved into the crime genre.