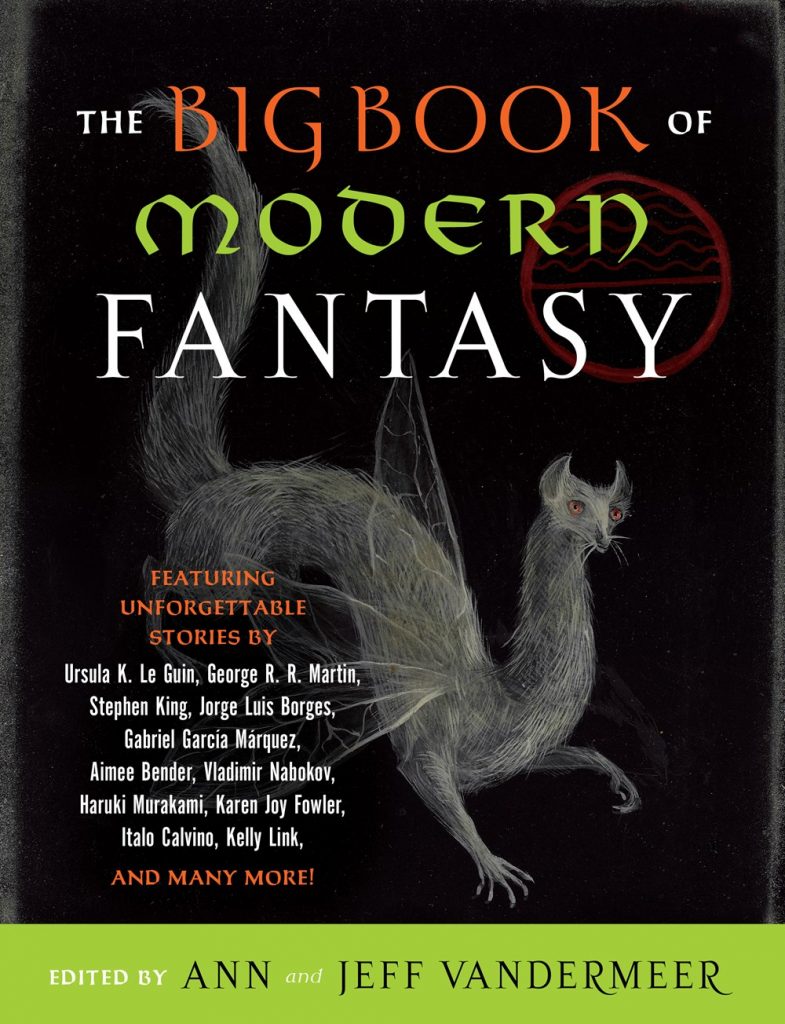 About The Big Book of Modern Fantasy:

From Ann and Jeff VanderMeer comes The Big Book of Modern Fantasy: a true horde of tales sure to delight fans, scholars—even the greediest of dragons. A VINTAGE ORIGINAL.

Step through a shimmering portal…a worn wardrobe door…a schism in sky…into a bold new age of fantasy. When worlds beyond worlds became a genre unto itself. From the swinging sixties to the strange, strange seventies, the over-the-top eighties to the gnarly nineties—and beyond, into the twenty-first century—the VanderMeers have found the stories and the writers from around the world that reinvented and revitalized the fantasy genre after World War II. The stories in this collection represent twenty-two different countries, including Russia, Argentina, Nigeria, Columbia, Pakistan, Turkey, Finland, Sweden, China, the Philippines, and the Czech Republic. Five have never before been translated into English.

From Jorge Luis Borges to Ursula K. Le Guin, Michael Moorcock to Angela Carter, Terry Pratchett to Stephen King, the full range and glory of the fantastic are on display in these ninety-one stories in which dragons soar, giants stomp, and human children should still think twice about venturing alone into the dark forest.

Completing Ann and Jeff VanderMeer’s definitive The Big Book of Classic Fantasy, this companion volume to takes the genre into the twenty-first century with ninety-one astonishing, mind-bending stories.

Praise For The Big Book of Modern Fantasy:

“Comprehensive…with an impressively wide variety of stories…. This doorstopper of an anthology will surely entertain fantasy fans.”
—Kirkus

ANN VANDERMEER currently serves as an acquiring editor for Tor.com and Weird Fiction Review and is the editor-in-residence for Shared Worlds. She was the editor-in-chief for Weird Tales for five years, work for which she won a Hugo Award. She also has won a World Fantasy Award and a British Fantasy Award for coediting The Weird: A Compendium of Strange and Dark Stories.

JEFF VANDERMEER is the New York Times bestselling author of the Southern Reach trilogy, the first novel of which, Annihilation, won the Shirley Jackson Award and was made into a film by Paramount Pictures. His recent novel Borne has been selected for the NEA Big Reads program and was a finalist for the Arthur C. Clarke Award.