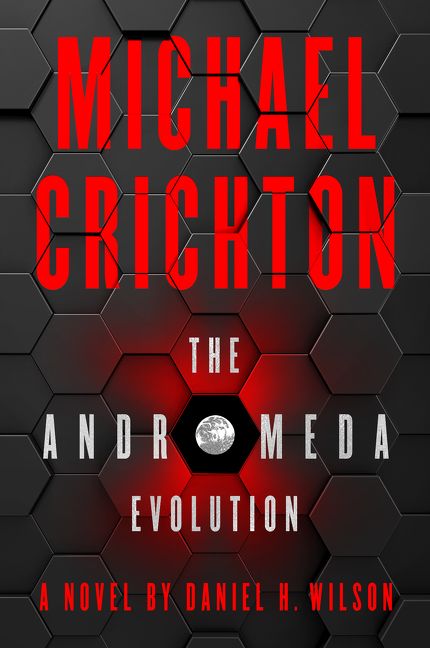 Fifty years after The Andromeda Strain made Michael Crichton a household name—and spawned a new genre, the technothriller—the threat returns, in a gripping sequel that is terrifyingly realistic and resonant.

The Evolution is Coming.

In 1967, an extraterrestrial microbe came crashing down to Earth and nearly ended the human race. Accidental exposure to the particle—designated The Andromeda Strain—killed every resident of the town of Piedmont, Arizona, save for an elderly man and an infant boy. Over the next five days, a team of top scientists assigned to Project Wildfire worked valiantly to save the world from an epidemic of unimaginable proportions. In the moments before a catastrophic nuclear detonation, they succeeded.

In the ensuing decades, research on the microparticle continued. And the world thought it was safe…

Deep inside Fairchild Air Force Base, Project Eternal Vigilance has continued to watch and wait for the Andromeda Strain to reappear. On the verge of being shut down, the project has registered no activity—until now. A Brazilian terrain-mapping drone has detected a bizarre anomaly of otherworldly matter in the middle of the jungle, and, worse yet, the tell-tale chemical signature of the deadly microparticle.

With this shocking discovery, the next-generation Project Wildfire is activated, and a diverse team of experts hailing from all over the world is dispatched to investigate the potentially apocalyptic threat.

But the microbe is growing—evolving. And if the Wildfire team can’t reach the quarantine zone, enter the anomaly, and figure out how to stop it, this new Andromeda Evolution will annihilate all life as we know it.

Praise For The Andromeda Evolution:

“The Andromeda Evolution is both a kick-ass sequel and a loving tribute to one of the greatest science fiction novels ever written. Daniel H. Wilson has taken up Crichton’s mantle and reinvented the techno-thriller, by continuing the tale that invented that genre. This is a meticulously crafted adventure story, packed with action, mystery, wonder, and just enough hard science to scare the hell out of you. So good!”
– Ernest Cline, author of Ready Player One

“Terrific…. Deftly blends science, suspense, and character interaction in a way that will be familiar to Crichton’s fans…. In every way, this is a wonderful sequel to a classic novel, written in the spirit of Crichton but in Wilson’s own powerful voice.”
– Booklist, starred review

“Wilson confidently captures the voice of the late Crichton in this chilling sequel to the 1969 blockbuster The Andromeda Strain … [and] employs his expertise to add depth and credibility to the advanced technology the scientists use…. Fans of the original techno-thriller won’t be disappointed.”
– Publishers Weekly 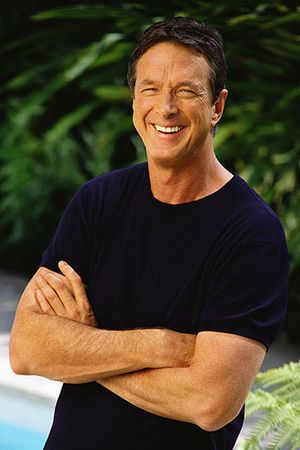 Michael Crichton (1942-2008) was the author of the bestselling novels The Terminal Man, The Great Train Robbery, Jurassic Park, Sphere, Disclosure, Prey, State of Fear, Next and Dragon Teeth, among many others. His books have sold more than 200 million copies worldwide, have been translated into thirty-eight languages, and have provided the basis for fifteen feature films. He wrote and directed Westworld, The Great Train Robbery, Runaway, Looker, Coma and created the hit television series ER. Crichton remains the only writer to have a number one book, movie, and TV show in the same year. 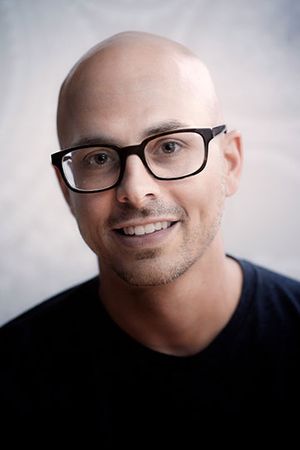 Daniel H. Wilson is a Cherokee citizen and author of the New York Times bestselling Robopocalypse and its sequel Robogenesis, as well as ten other books, including How to Survive a Robot Uprising, Guardian Angels & Other Monsters, and The Clockwork Dynasty. He recently wrote the Earth 2: Society comic book series for DC Comics. In 2008, Wilson hosted “The Works,” a television series airing on the History Channel that uncovered the science behind everyday stuff. He earned a PhD in Robotics from Carnegie Mellon University, as well as master’s degrees in Artificial Intelligence and Robotics. He has published over a dozen scientific papers and holds four patents. Wilson lives in Portland, Oregon.