The Smack by Richard Lange

The Smack by Richard Lange 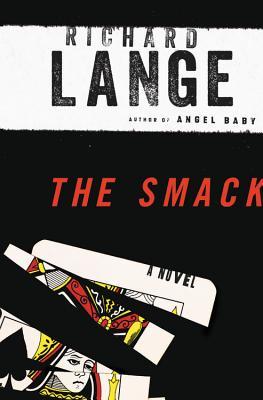 “Lange’s prose is sharp and his pacing moves with the momentum of rolling thunder.”-Derek Hill, Mystery Scene

“Lange knows how to inhabit the skin of his protagonists and breathe life and vitality into them with his minimalist prose.”
-Keith Rawson, Lit Reactor

“Lange writes of the disaffections and bewilderments of ordinary lives with as keen an anger and searing lyricism as anybody out there today. He is Raymond Carver reborn in a hard cityscape. Read him and be amazed.”
-T.C. Boyle, author of The Harder They Come

“Lange’s writing is reminiscent of that of James Ellroy…. A lot of writers try to write like this, but Lange just does it and he makes it work.”
-David J. Montgomery, Daily Beast

“Richard Lange is a natural-born storyteller.”-Ron Rash, author of Above the Waterfall

“Make all the comparisons you like-Cormac McCarthy, Dennis Lehane, Martin Scorsese-but Richard Lange is a force of his own, the high standard for crime fiction.”
–Benjamin Percy, author of Red Moon, The Wilding, and Refresh, Refresh

“It’s hard to imagine Richard Lange wasn’t, in some previous life, a hustler from Reno with a girlfriend named Tinafey he met on a professional date who goes to LA to steal a fortune from a one-legged soldier home from Afghanistan and a host of other terrifying individuals. The characters are real and satisfying, the relationships will warm your heart and break it at the same time. The Smack is convincing, hectic and terrific fun.”–Joe Ide, author of IQ

“Gritty, poignant . . . Lange is a master at writing about characters on the margins of society and humanizing outcasts and misfits, and he manages to capture the surreal culture of Los Angeles in all its contradictory glory.”–Publishers Weekly

“Like his protagonist, Dashiell Hammett Award winner Lange (Angel Baby) knows how to reel in his audience with a seductive story and plenty of misdirection. There’s nothing criminal, however, about this rollicking, diamond-cut thriller shot through with elegance and heart.”–Library Journal (starred review)

Modern noir written in the strain of the masters like Jim Thompson and Raymond chandler.
Desperation intertwined, money intertwined, lives on the line, and just how it will all pan out has you unflinching reading on to the rumination on affairs.
A one or two sitting page burner, clear and crisp, well written dialogue, potent prose and scenes.
The main protagonist has a need, and eventually a real by all means necessary need, he has a quandary of affairs to settle with plenty in the balance lives from past and lives for the future.
Layered in just the write length a noir tale like this needs to be with the right amount of description and not too deep but with a character in too deep.
Some more heart of darkness for end of July 2017 with a diamond in the center of it all.

“The Boulevard by day looked hungover, woozy. Its bruises showed through its powder and rouge. The sidewalks were empty, the trash cans overflowing. Steel roll-up doors decorated with ugly paintings of the stars of black-and-white movies covered the storefronts, and a noisy flock of ravens that was perched on the art deco flourishes of an old building put Petty in mind of vultures waiting for a meal to drop.”“The rain began to beat down again with a hiss like radio static. Petty cracked his window so the windshield wouldn’t fog, and the air that rushed in reeked of gasoline and scorched rubber. Driving a dead man’s car. He was driving a dead man’s car.”