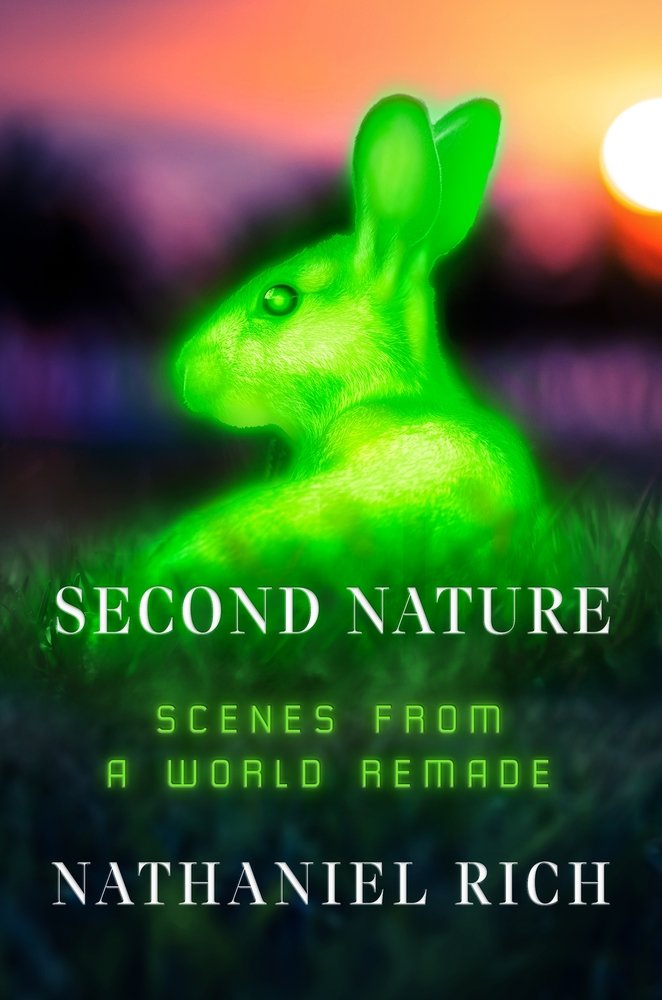 From the author of Losing Earth, a beautifully told exploration of our post-natural world that points the way to a new mode of ecological writing.

We live at a time in which scientists race to reanimate extinct beasts, our most essential ecosystems require monumental engineering projects to survive, chicken breasts grow in test tubes, and multinational corporations conspire to poison the blood of every living creature. No rock, leaf, or cubic foot of air on Earth has escaped humanity’s clumsy signature. The old distinctions–between natural and artificial, dystopia and utopia, science fiction and science fact–have blurred, losing all meaning. We inhabit an uncanny landscape of our own creation.

In Second Nature, ordinary people make desperate efforts to preserve their humanity in a world that seems increasingly alien. Their stories–obsessive, intimate, and deeply reported–point the way to a new kind of environmental literature, in which dramatic narrative helps us to understand our place in a reality that resembles nothing human beings have known.

From Odds Against Tomorrow to Losing Earth to the film Dark Waters (adapted from the first chapter of this book), Nathaniel Rich’s stories have come to define the way we think of contemporary ecological narrative. In Second Nature, he asks what it means to live in an era of terrible responsibility. The question is no longer, How do we return to the world that we’ve lost?It is, What world do we want to create in its place?

“Rich’s elegy to a planet he likens to a critical care patient is lyrical, erudite, and devastating…[His] investigation of “crimes against nature” and the people who are trying to stop them is alarming, enlightening, and necessary.”
-O Magazine

“[A] vividly reported survey . . . Frightening but with an undercurrent of humor, Rich’s study is packed with moving insight.”
-Publishers Weekly

One will find insightful information, researched writing that is of disturbingly true real horrors.
What a tragedy upon this earth set in motion by humans, wether by greed or ignorance, and reading important works like this may have readers more in the know.
But then again I am reminded of these words by Cormac McCarthy

“In history there are no control groups. There is no one to tell us what might have been. We weep over the might have been, but there is no might have been. There never was. It is supposed to be true that those who do not know history are condemned to repeat it. I dont believe knowing can save us. What is constant in history is greed and foolishness and a love of blood and this is a thing that even God—who knows all that can be known—seems powerless to change.”
-Cormac McCarthy in All The Pretty Horses

There is this in the authors introduction:

“Two dovetailing observations from the novelist William Gibson describe the next chapter of this history. The first has hardened into platitude: “The future is already here—it’s just not evenly distributed.” The other is “soul delay,” the idea that during long-distance flights the human body travels faster than the spirit: “Souls can’t move that quickly, and are left behind, and must be awaited, upon arrival, like lost luggage.” The uneasy sensation of waiting for your soul to catch up is what we call jet lag.
We now inhabit a similar lag: a nature lag. The future is already here, unevenly distributed. We recognize its hallmarks: rising sea levels, regular visitations of apocalyptic natural disasters, the forced migration of tens of millions, accelerating extinctions, coral bleaching, global pandemic. Also: cultured meat, reengineered coastlines, the reanimation of extinct species, bunny rabbits that glow fluorescent green. Our souls haven’t caught up.
Even in the most optimistic future available, we will profoundly reconfigure our fauna, flora, and genome. The results will be uncanny. It will be difficult to remember that they will be no more uncanny than our carpeting of the American Southwest with lush lawns transplanted from the shores of the Mediterranean, our breast-augmented chickens, our taming of the world’s most violent rivers. If our inventions seem eerie, it is only because we see in them a reflection of our desires. It is impossible to protect all that we mean by “natural” against the ravages of climate change, pollution, and psychopathic corporate greed, unless we understand that the nature we fear losing is our own.”

Nathaniel Rich is the author of Losing Earth: A Recent History, which received awards from the Society of Environmental Journalists and the American Institute of Physicists and was a finalist for the PEN/E.O. Wilson Literary Science Writing Award; and the novels King Zeno, Odds Against Tomorrow, and The Mayor’s Tongue. He is a writer at large for The New York Times Magazine and a regular contributor to The Atlantic, Harper’s, and The New York Review of Books. Rich lives in New Orleans. 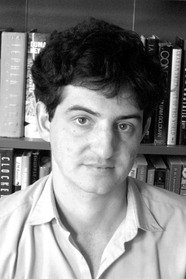 Reviewed by Lou Pendergrast on 10 April 2021