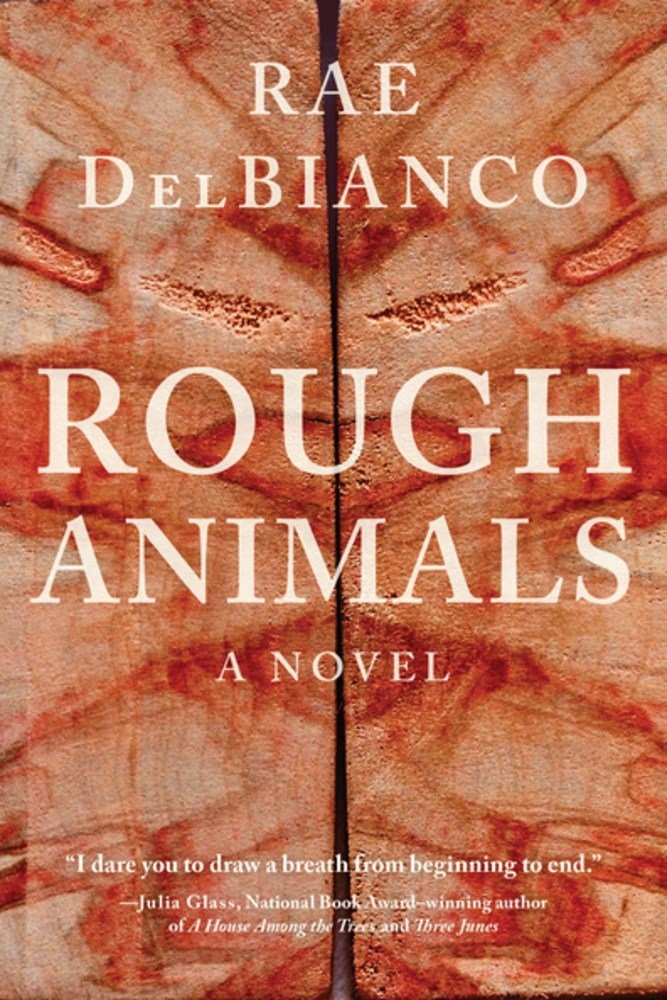 Breaking Bad meets No Country for Old Men… Ever since their father’s untimely death five years before, Wyatt Smith and his inseparably close twin sister, Lucy, have scraped by alone on their family’s isolated ranch in Box Elder County, Utah. That is until one morning when, just after spotting one of their steers lying dead in the field, Wyatt is hit in the arm by a hail of gunfire that takes four more cattle with it. The shooter: a fever-eyed, fearsome girl-child with a TEC-9 in her left hand and a worn shotgun in her right. They hold the girl captive, but she breaks loose overnight and heads south into the desert. With the dawning realization that the loss of cattle will mean the certain loss of the ranch, Wyatt feels he has no choice but to go after her and somehow find restitution for what’s been lost.

Wyatt’s decision sets him on an epic twelve-day odyssey through a nightmarish underworld he only half understands; a world that pitches him not only against the primordial ways of men and the beautiful yet brutally unforgiving landscape, but also against himself. As he winds his way down from the mountains of Box Elder to the mesas of Monument Valley and back, Wyatt is forced to look for the first time at who he is and what he’s capable of, and how those hard truths set him irrevocably apart from the one person he’s ever really known and loved. Steeped in a mythic, wildly alive language of its own, and gripping from the first gunshot to the last, Rough Animals is a tour de force from a powerful new voice.

“Furious and electric . . . The novel succeeds as a viscerally evoked and sparely plotted fever dream, a bleakly realized odyssey through an American west populated by survivors and failed dreamers.”  — Publishers Weekly

“In this high-octane, take-no-prisoners debut, Rae DelBianco portrays the mayhem and grit of the new West with the demon eye of Cormac McCarthy but a fierce heart very much her own. I dare you to draw a breath from beginning to end.”
— Julia Glass, National Book Award-winning author of A House Among the Trees and Three Junes

“In this haunting new novel by Rae DelBianco, a child with a gun interrupts the lives of twins Wyatt and Lucy at their ranch in Utah, prompting Wyatt to set out on a harrowing journey across both interior and exterior landscapes?both of which prove equally complex to navigate.”  — Southern Living, Best New Books Coming Out Summer 2018

“Written . . . so provocatively and viscerally.” — Nylon, “46 Great Books to Read This Summer”

“A brilliant, incandescent debut that will remind everyone of a young Cormac McCarthy.”  — Philipp Meyer, author of American Rust and Pulitzer Prize finalist The Son

“Rough Animals is the kind of novel that can teach you the mechanics of dissecting a bull with only an axe and a knife, or how to survive on a coyote’s blood if you’re waterless in the desert. It renders its portrait of brother-sister love and their pitiless world of the badlands of northern Utah with some of Denis Johnson’s flamboyant lyricism, when it comes to longings for transcendence, and with more than a little of Cormac McCarthy’s implacable vision of a world in which we survive by doing the thing most others could not bring themselves to do.”
— Jim Shepard, Story Prize winner and author of The World to Come and Like You’d Understand, Anyway

“A wild and alive debut, full of grit, gunfire, blood, and bad news. Rough Animals is as phantasmagoric as McCarthy and as pitiless as Jim Thompson. A rare treat.”
— Joshua Ferris, bestselling author of The Dinner Party and Then We Came to an End

“DelBianco’s captivating debut, Rough Animals, stakes its claim to the modern Western, substituting assault weapons for six-shooters and cartel members for the old-fashioned gunslingers in a story told with a style of classic American grit.”
— Douglas Brunt, New York Times bestselling author of Ghosts of Manhattan and The Means

A tale that takes you on a hypnotic sensory road in a terrible beauty of a narrative. Telling in a strain of style like that of Cormac McCarthy, Denis Johnson and others, along with this authors own poetic prose, evoking the scene, the violence, the wilderness, the barren land, and the heart at battle with itself with blood on its hands and ones prism of terribleness.

There is a young femme fatale that will have you further immersed in the story. She has no name in the narrative just ‘the girl,’ a mysterious memorable character, deadly with grit and legendary presence coming off the page.

Survival, finding truths, finding oneself in the storm, a captivating force within this tale.

Mastery of word after word with a tapestry of new selves to fruition, ultimately, in the crucible of the blood, sweat, surviving the bitter harshness of the land and rough animals, an odyssey, all visceral and potently evoked within the reader with no place for gritless women.

What a debut and promising literary voice.

“He killed on this land like a duty, and perhaps it was the land itself that did the killing, growing all of them only to eat, swallowing without chewing, and eating their house in bites of sinking peat and snatches of mold. And toward what—toward what underground underworld river was he supposed to go, if he were in fact the determinant of his own fate and had a boat with which to navigate his own direction upon it, with all of it sinking. But what could be harsher than the dried out sky of Utah that whitened skulls and beat sand up through pastures and offered nothing to fight the chaotic downtaking of what floated on the irrigated mud above the southern deserts as they swallowed by the century. He kicked a skim of dirt toward the flames. Certain there were somethin more to it.”

“The cattle dead and the ranch soon to be gone, because in a land where a hailstorm or a snowmelt flood or a bout of blackleg could take out a year’s crop, somewhere in those years you’d have to mortgage the ranch, and then someday you would reach a point where you could not lose a single steer if you were to keep the place. They’d reached that point a year ago.”

“Behind him in the house upstairs, Lucy was flitting back and forth above bared skins with a skirt-full of salt, tossing crystals like a flower girl sprinkling petals for a wedding march or for a grave, dancing in circles with bare heels as the room went from the spoiled pink of sunset to dark blue. And whose grave it was whether it were the cattle’s or their parents’ or the grave for the death of their safety in a fugitive communion here away from the world was uncertain, but here in the dark and iron smell he was sure she was again the child she once had been.”

“This fever of hungering earth outside their door and under it and they’d fed it something that made it so that now they could not leave it but in doing so had bound themselves to be consumed by it someday as well, had maybe even given it a taste for it. But it is his family’s land. They had belonged to it from the beginning.”

“The patterns of the trees here were strange to him, even though they were of the same stock as those rising in his woods. Had been known by the men that came before the roads did as all part of the same wilderness. Miles upon miles of forest that was strange, always morphing. Before the man had died in his woods and they somehow became no longer strange. Because in a forest in which you do not know which tree your father was killed behind, your father has been killed behind every tree.
Smelled the air and was smelling it for her. Hunting her out like an animal, because that was the only thing he knew how to hunt.”

“There is an unmarked line in Utah, somewhere among the flatworm lengths of invisible county borders, past the point when you can say you’re headed South and are now already in it and just going further down, where the plain opens forward and the plateaus are too high on either side for you to see the sun and so the sun seems to come from the ground itself. He watched the earth shed its green skin and dry into tan bruises of acacia bramble and sand–the top fingers of the desert, spread upon the map from below like a callus on the earth.”

“There are two ways to die in the desert. Heatstroke and disembowelment. The coyotes would get to you either way, but the dehydration determined whether you were still alive when they did.”

“Most of the men were listening to her by now. The way in which she spoke was foreign to them in both its words and articulation, and its alienness made it as unquestionable as the divide between her appearance and the unfounded otherworldly voice.”